Can’t the world just get along and stop feuding over imaginary lines? Well, at least not for the time being.

Too much is purportedly or actually at stake in border disputes. From most angles, territorial claims seem to be intractable problems: no involved party wants to give ground.

Long-standing ethnic quarrels might be at the root of a border clash. Natural resources or other economic factors such as trade positioning may be the driving force. Mass migration and even anger at the arbitrariness of a border can also inflame fights.

Over time these reasons can become an integral part of a country’s identity and a disputed border can be seen as national sovereignty held hostage, leaving little room for peaceful resolutions.

Those living along a disputed border tend to have higher rates of poverty as a general atmosphere of uncertainty exists, with conflict starting and stopping in spasms.

Here are 7 of the most contentious borders in the world:

India and Pakistan
Pakistan and India used to be a single country: India. Then, when the British left in the mid-20th century, the land was hastily divvied up between Hindus and Muslims. Both sects had become increasingly hostile toward one another as Britain’s reign subsided.

The border was inaugurated with genocidal conflict on both sides that left millions dead and tens of millions uprooted.

Since then, the animosity has remained. Both countries now have strong armies and nuclear capability. Recently, skirmishes have broken out along the border, stoking fears that a larger conflict is on the horizon.

Iraq and Syria
Iraq has been bursting at the seams since it was first established in 1919. The trouble from the beginning was that the British and French imposed a unifying boundary around distinctly separate groups.

Today, the country is split between the Kurds in the North, the Shiites in the South and the Sunni Majority.

The US invasion of Iraq destabilized the country more than a decade ago and the recent emergence of ISIS has further compromised the nation’s sovereignty. 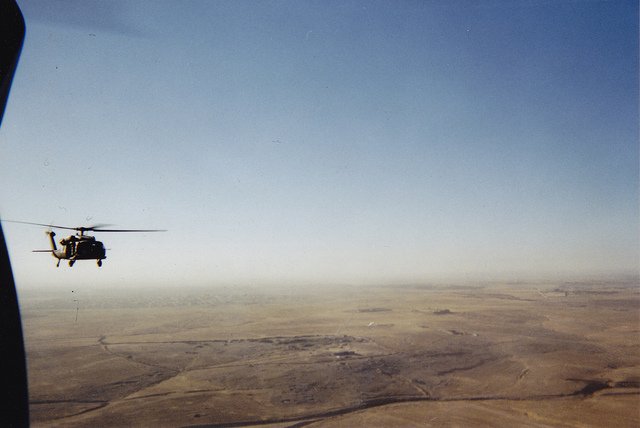 ISIS now controls a broad swath of the country and is terrorizing people living in these areas.

ISIS’s grip extends to Iraq’s northeastern neighbor, Syria, which has been shredded by a civil war that has left hundreds of thousands dead and millions displaced.

Refugees from both countries have fled to safety in bordering countries such as Jordan, Turkey and Lebanon.

Israel and Palestine
Perhaps the most infamous border dispute in modern times, the Israel and Palestine conflict goes back to at least 1922 (well, at least the current version of this dispute that stretches back thousands of years). Following World War I, global victors began delineating borders in the Middle East.

Following World War 2, the State of Israel emerged to give sanctuary to Jews (particularly important in the wake of the Holocaust in Europe) and Palestinians were expelled from the area.

The borders from post World War II were further complicated by a series of conflicts that shifted the borders of Israel, notably claiming the West Bank from Jordanian control and the Gaza Strip from Egyptian control.

Since then, battles have raged over the disputed territory, citizens have been radicalized, acts of terrorism have been committed and the Gaza Strip and the West Bank have struggled with extreme poverty.

The Korean peninsula
A fraught balance has existed between South and North Korea following World War II and the eventual conflict between the North and South governments and international supporters on both sides.

Incredibly, with the hot “conflict” having been over for over 50 years, there has never been a peace treaty signed.

China and Taiwan
Taiwan claims independence from China, but China rejects that claim.

While Taiwan is not technically bordering China (since it’s an island), it still comes under China’s sphere of influence. This conflict comes out of various expansionary and civil disputes inside and around China in the early and mid 20th Century.

Notably, the US is one of a few stronger powers that directly supports Taiwan’s independence.

The South China Sea
While China has already made the list, it comes up again by way of the South China Sea, an area in which several countries clash for control. Making this region even more tense, international players like the United States play an engaged role in the conflict by pushing all sides to accept freedom of international navigation (a polite way of saying: give US shipping and naval vessels access to the Sea). 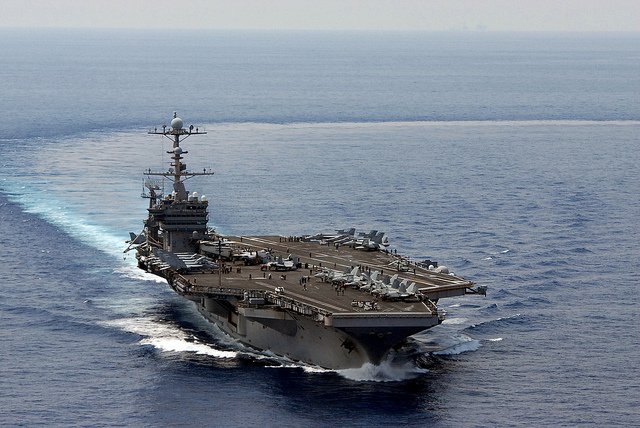 The conflict has raised concerns of a future regional confrontation with so many countries involved, and China building islands in the Sea to bolster its claim.

Ukraine and Russia
Ukraine gained sovereignty from Russia in 1991 as part of the gradual dismantling of the Soviet Union.

Since then, the Eastern European country has struggled with widespread corruption and political dysfunction.

In 2014, public unrest broke out following President Yanukovych’s decision to broker a deal with Russia instead of the European Union. The government proceeded to violently crack down on protesters, sparking violence that nearly reached a civil war in the Crimean Peninsula. That chaos opened the door for Russia’s annexation of the Crimean peninsula.

The region is still embroiled in conflict as Russian-backed troops continue to push for territory in Eastern Ukraine and NATO weighs intervention options.

Like most things, nationalism has good and bad sides. Nationalism can lead to vibrant cultural traditions that unify people and function as a source of peace.

However, it can also bake conflict and aggression into a national identity, leading to the types of feuds listed above.

Global citizens can play a role in easing border tensions by rallying leaders to intervene diplomatically and staying informed. By helping to spread awareness of the common humanity underlying all people regardless of which side of a border they live on, these imaginary lines can begin to bring people together instead of drive them apart.