Climate change is altering some national parks faster than expected. 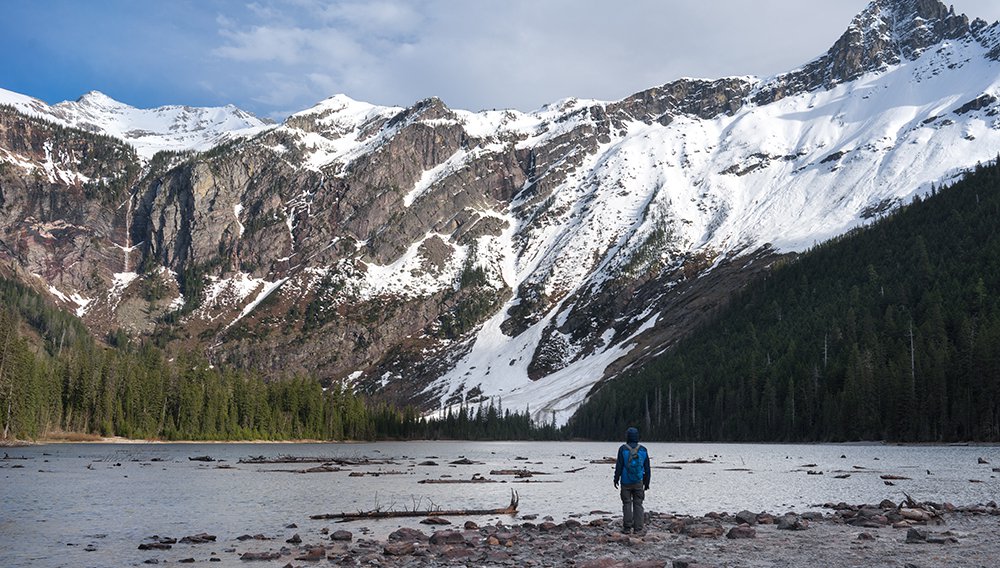 It’s time to pack a summer suitcase and take a trip to visit what are arguably the most majestic locations in the United States — the national parks.

Over 100 years ago, Congress established the national park system to protect beautiful and unusual ecosystems, “unimpaired for the enjoyment of future generations.”

But today, the task of securing parks for the future has become a daunting challenge due to the increasing effects of climate change, according to some climate scientists.

Wildfires, melting ice, and loss of plant and animal life are some of the factors the National Park Service, the gatekeepers of preservation for all 417 national parks, list as threats to parks that are brought on by climate change.

“Climate change driven by human pollution now represents the gravest threat ever to our national parks," Stephen Saunders of the Rocky Mountain Climate Organization, who co- authored a study on the effects of climate change on western national parks, told NPR.

US national parks also have no shortage of uphill battles when it comes to securing policies to protect their future.

In May US President Donald Trump proposed a 12% budget cut the Department of the Interior, which funds the National Parks Service; the parks service was already facing an $11 billion gap in funding to meet its needs.

Trump did, however, donate his $78,000 presidential salary to the parks, but that money will go toward preserving historic battlefields. All the more reason to see which threatened national parks peak your preservation interest, right?

So pack your bags and tread lightly (seriously, overcrowding is another challenge for parks) through the national parks most risk of changing from climate change.

Glacier National Park was once full of its namesake natural phenomena, but in the past 50 years half of the park’s iconic ice formations have shrunk. The US Geological Survey estimates that the park’s glaciers could be gone in as little as 30 years. The same study also found that 86% of the ice has already melted in Glacier National Park.

Similar to Glacier National Park in Montana, California’s Joshua Tree National park is at risk of losing its namesake. The funky Dr. Seuss-esque trees that give Joshua Tree national park in southern California its name may not be able to withstand a temperature increase.

An increase of 5.4 degrees Fahrenheit (3 degrees Celsius) in temperatures could wipe out 90% of Joshua Trees, according to James Barrows, an ecologist at the University of California, Riverside.

Virgin Islands National Park contains over 7,000 acres of ocean and coastline in the Caribbean. Today, coral reefs in the park are at risk of coral bleaching caused by warming ocean temperatures, according to the NPS.

The parks in the US Virgin Islands have had three mass coral bleaching events in the past decade. The tropical waters’ coral reefs are also fighting black band and white band coral diseases, which can kill coral on mass-scale but is not related to human activity.

The wild swampy marshes of Florida’s Everglades National Park is getting too salty.

Nearby agricultural production has diverted flowing freshwater out of the largest protected tropical wilderness in the country, Julie Hill-Gabriel, a conservationist working to balance saltwater levels in the Everglades, told NPR.

And more salty water has already caused some species of plants and animals to migrate out of protected park regions, a study from NPS found in 2011. So if you want to see species like tropical orchids and hardwood trees, spike rush, and saw grass, now is the time to visit.

Obama summed up the effects of climate change already taking toll on Yosemite, one of America’s most visited nationals parks, during a visit last June.

The park’s beaches, wetlands, marshland, and even campgrounds could be underwater as sea level are expected to rise between 2 and 4 feet in the next century, according to the California Climate Change Center, a research unit of climate scientists from Scripps College and the University of California, Berkeley.

“Most people haven’t thought about how climate change affects archeological sites. A site is a snapshot in time, it’s not like we can pick it up and move it somewhere else,” Dael Devenport, a National Park Service archeologist said. “We are in danger of losing a great deal.”

Devenport, however, spends a lot of time thinking about what rising sea levels and melting layers of permafrost will do to Cape Krusenstern, a 5,000 year old coastal human habitat and heritage site in Alaska’s Denali National Park. Years of surveying the site and its surrounding 70 miles of coastline by helicopter have led him to believe it’s likely to be buried as a result of climate change, Devenport told the Guardian.

So amid all the negatives effects of climate change, why visit?

It’s not all bad news. Parks are looking to adapt to climate change to allow visitors to keep coming. Some parks in the southwest, where temperatures may become too hot for daytime visits, are exploring setting up nighttime tours of national parks, according to the Guardian. In California’s Point Reyes National Park, NPS rangers use 50% green energy and invested in electric vehicles.

More important, the parks need a future generation to sustain their livelihood and combat the increasing effects of climate change.

“Our parks are for the people and the public will be a very important role in the steps that we take going forward,” William Monahan, NPS scientist said.