7 Reasons Why We Should Be Protecting Our Rainforests

The diversity of plants and animals in the rainforest are just the beginning. 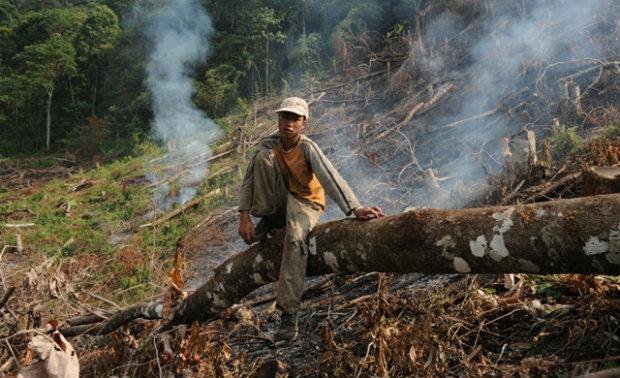 An estimated 18 million acres (7.3 million hectares) of forest — roughly the size of Panama — are lost each year, according to the United Nations' Food and Agriculture Organization. This is a tragedy for many reasons and something as Global Citizens we should take a stand against!

Here are 7 reasons why we should be protecting our rainforests:

1. It is home to literally MILLIONS of different species. Did you know that 70% of Earth's land animals and plants live in rainforests? If rainforests disappear what would happen to them? Imagine if we just got rid of that wet stuff that covers 70% of the earth's surface — where would all the dolphins live? 2. There are potentially millions of animal and plant species that are yet to even be discovered! If deforestation continues at the current rate, not even a quarter of these will be discovered before they are killed off! 137 rainforest species are exterminated completely every single day. 3. Over a quarter of the medicines we use today have their origins in the rainforests — and that’s after only about 1% of rainforest plants have been examined for their medicinal properties! Imagine what else could be there? It’s not crazy to think that our best chance of curing the diseases, such as Malaria and HIV, that plague our world, could lie within the rainforest... 4. The rainforest helps to regulate the worlds water cycle. Trees play an important part in the water cycle, grounding the water in their roots and releasing it into the atmosphere. In the Amazon, more than half the water in the ecosystem is held within the plants. Without the plants, the climate may become dryer and growing food could become impossible for many. 5. Most of our foods come out of the Amazon like bananas, pineapples, nuts, coffee beans and many more. If deforestation continues at the current rate of 46-58 thousand square miles of forest each year—equivalent to 36 football fields every minute — then we could be in danger of cutting off a significant percentage of our food supply. 6. Deforestation drives climate change.  Removing trees deprives the forest of portions of its canopy, which blocks the sun’s rays during the day and holds in heat at night. This disruption leads to more extreme temperatures swings that can be harmful to plants and animals. 7. The biggest reason to save the rainforst is the effect deforestation has on local economies. Increased flooding, lack of quality water, and inability to produce their own food causes many locals migrate to cities that lack the infrastructure for them. Or sadly, the only way they can make money is to work on plantations, worsening the deforestation problem and at times being subjected to inhumane dangerous working conditions.