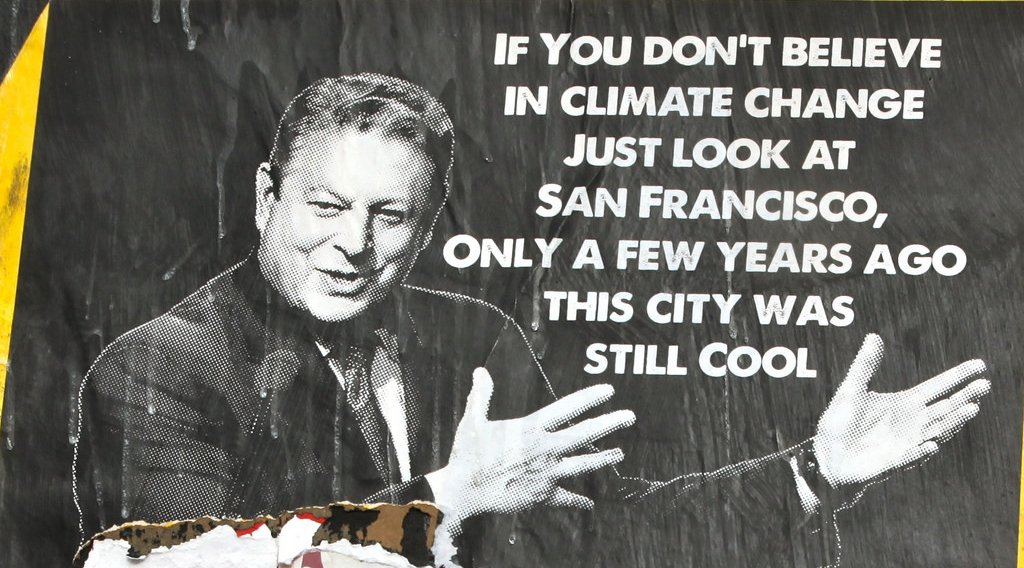 Despite serving in the White House together, the pair has a rocky past. Gore didn’t back Clinton’s bid for president until July, and they’ve had a contentious relationship since Gore’s failed presidential run in 2000.

But the pair found common ground on the topic of climate change. Here are some of the most important facts and figures the two politicians brought up in their climate change speech.

26 (and rising): Americans killed by Hurricane Matthew in the past week.

While Clinton had this number at 26 during her speech last night, the Daily Beast now reports 34 deaths in the wake of Hurricane Matthew. Hurricane Matthew quickly developed from a Category 2 to a Category 5 hurricane, leaving a wake of destruction in Haiti, Cuba, and the United States. While it's impossible to link specific storms to climate change, experts agree that we are experiencing more extreme weather patterns.

1 in 8: Florida homes that could be underwater by the end of the century.

This number comes from a study by the academic journal, Nature. Rising water levels will be driven by melting ice in Antarctica. The study estimates that ocean levels will increase by 6 feet, if the current rate of CO2 emissions stays steady.

$882 billion: US home value at risk due to rising sea levels.

Zillow, a real estate company, estimates that $882 billion worth of US properties could be underwater by 2100, given current rates of climate change. Roughly half of this property damage — $400 billion — would take place in Florida alone. All in all, 300 cities across the country would lose half of their properties.

64%: Decrease in the price of solar energy during Obama administration.

Since 2010, the cost of solar PV panels has gone down by more than 60 percent, according to the Office of Energy Efficiency and Renewable Energy. Clinton and Gore mentioned solar energy a whopping 21 times during their two speeches. Clinton’s clean energy plan has called for the construction of half a billion solar panels by 2020.

Gore’s statistic actually refers to the estimated rise in global sea levels since 1992. NASA predicts another 3-inches in sea-level rise by the end of the century if CO2 emissions are not curbed.

2017: The year China is planning to adopt a national cap-and-trade program.

China is the world’s largest carbon emitter, releasing about 9.5 billion metric tons of CO2 in 2014 — about 3 billion more than the US. But the country has made important strides in curbing its emissions, the most important a cap-and-trade commitment that will go into effect in 2017.

400,000 atomic bombs a day: Equivalent of extra energy the earth gains each day due to climate change.

Gore has repurposed this statistic in past climate change stump speeches. The comparison comes from a TED talk by climatologist James Hansen. In his 2012 speech, he claimed: “The total energy imbalance now is about six-tenths of a watt per square meter. That may not sound like much, but when added up over the whole world, it's enormous. It's about 20 times greater than the rate of energy use by all of humanity. It's equivalent to exploding 400,000 Hiroshima atomic bombs per day 365 days per year. That's how much extra energy Earth is gaining each day.”