7 benefits of learning another language

In honor of International Mother Language Day, here’s why you should learn a new language. 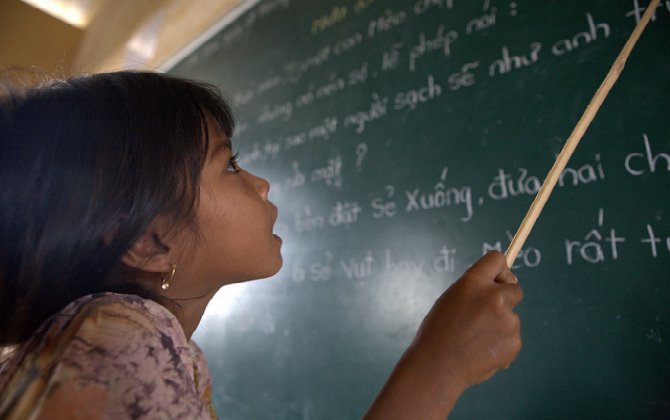 This Sunday, February 21st is International Mother Language Day. The annual observance, established by the UN in 1999, is a day to promote multilingualism and celebrate the world’s linguistic and cultural diversity, especially minority and indigenous languages. It came out of a need to recognize and protect the 576 critically endangered languages around the world.

So in honor of International Mother Language Day, here are 7 good reasons why you should learn a new language.

It’s not surprising that Sherlock Holmes was multi-lingual. Learning a language is a great way to keep your brain healthy and sharp.

Research shows that people who are multilingual may be better at processing language and other analytical tasks. Switching between languages causes the part of your brain responsible for problem-solving and filtering information to work more efficiently. And a more active brain could delay neurological diseases like dementia and Alzheimer's. For more information on the bilingual brain, watch this quick Ted Talk.

2)  Language is the gateway into another culture.

Language is the best introduction to a new culture. It automatically makes you interested in the cultural traditions that are tied to learning a language. Of course, you can still learn about other cultures, but language learning really allows for a more immersive experience. Most of the time, efforts at translation can’t fully capture the nuances conveyed in different languages. Even movie titles can get lost in translation. But multi-linguals can read new literature without translation, sing along to songs and actually understand the lyrics and watch foreign films without the need for pesky subtitles. With a new language, a whole new world will be open to you.

3) Be a better communicator in any language.

Learning a language forces you to improve your listening skills and while making you look at your own language in a different way.  People rarely give a second thought to how their native language works, but language learners are forced to be more conscious of grammatical rules and constructions of that language, which can give new insight into how they use their mother tongues. Knowing a second language also allows you to connect with more people and if you learn in a group setting, you’re automatically part of a larger community of language learners. For myself, speaking other languages keeps me connected to family and friends who live in other parts of the world that don’t speak English.

If you are or aspire to be a globetrotter, learning languages is a must! Traveling is way more fun and easier when there isn’t a language barrier. You don’t have to worry about getting around because you don’t speak the language. You can converse with locals without relying on charades or translation books and, most importantly, know what food to order without pointing at pictures.

And when languages share similarities, it's easier to apply your knowledge of one language to another and travel to different regions of the world. Knowing Spanish for instance, is helpful in learning and understanding other Romance languages like Italian, French and Portuguese.

Language is one of the most important instruments of preserving heritage. According to the UN, half of the more than 6000 languages spoken in the world will disappear by the end of the century. And we may lose more than just words if we let them die out. Writing systems only exist for about one-third of the world’s languages, so language itself is the only way to convey a culture’s oral traditions. Language also conveys unique cultural expressions. Ever wanted a word that expresses that delightfully warm feeling of seeing an adorable little kitten?

The Cherokee language has a unique word called "oo-kah-huh-sdee" that does just that.

While not every language may survive amidst globalization, choosing to study a lesser known language can help promote the preservation of minority languages and protect the cultural knowledge that comes along with it. When a language disappears, so does its culture and the body of knowledge it has accumulated.

A huge reason for cultural stereotypes, and prejudice is a lack of understanding between people of different cultures. The way languages are formed and local language like slang can give great insight into the people who speak it. While learning a different language can make you more aware of cultural differences, you also come to understand why those differences exist and the importance of respecting cultures different from your own. Language learning can inspire solidarity, tolerance, and understanding especially in a time when refugees are denied help because of xenophobia and cultural prejudices.

If you haven’t realized already, all the benefits that come with learning another language will make you an awesome global citizen. It's pretty much a superpower.

Many would argue that multilingualism is essential in an increasingly interconnected world. Having the ability and willingness to engage with many different kinds of people can go a long way in better understanding and tackling global challenges like poverty and inequality.

Didn’t learn a second language as a kid? It’s never too late to start learning! Even if it’s just 5 minutes of learning a day, with continual practice you can create a solid foundation for starting language study. Your brain will thank you for it!