But don't celebrate yet. 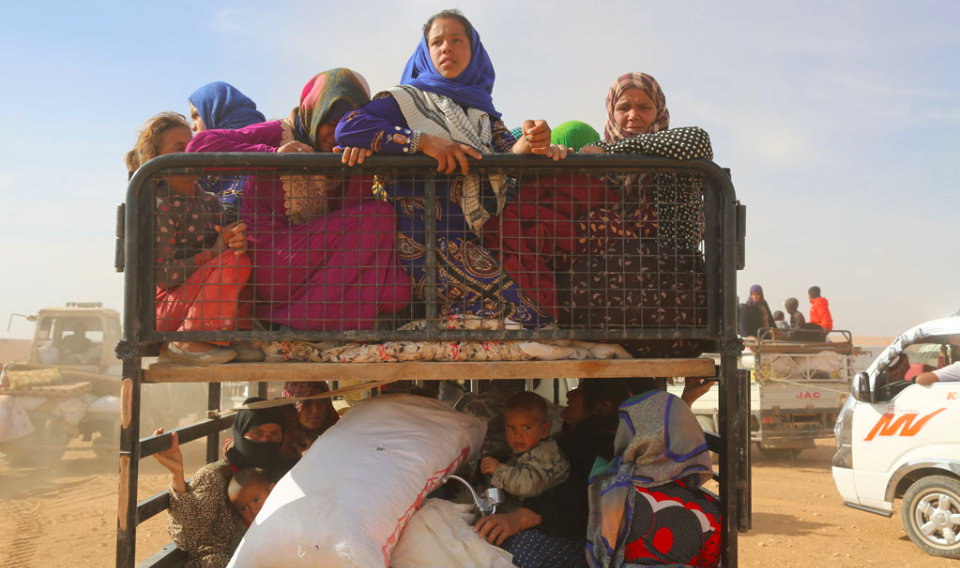 While the Syrian civil war is far from over, conditions have improved in some areas, enough so that displaced Syrians are returning home in large numbers.

The displaced men, women, and children are returning to their places of origin primarily to protect their homes and assets and because the economic situation had appeared to improve, according to interviews conducted by the UN. Other reasons for returning include cultural barriers that made it hard to integrate in the places they were temporarily staying, perceived safety in their places of origin, and a lack of economic opportunity in other regions.

Most people returned to Aleppo, the site of a brutal showdown between the Syrian regime and rebel forces last year.

The majority of those who have returned have access to food, but less than half have access to water and health services because infrastructure has been destroyed during the conflict.

The lack of infrastructure is one reason why the UN cautions against celebration. Another reason is that as people are returning, even more people are getting displaced.

So far in 2017, an estimated 808,661 people have been displaced, essentially cancelling out any overall return to normalcy.

The Syrian civil war has produced an estimated 5 million refugees and caused another 6 million to be internally displaced. Overall, more than 13 million people need humanitarian aid.

Read More: This Syrian Refugee Became a Doctor After Studying in Four Countries

“The conflict in Syria may be complex, but ensuring people are protected and supported is our imperative as humanitarians, and as human beings,” said UN humanitarian chief Stephen O’Brien in a statement. “None of us should stand silent while civilians suffer and while fear tactics and the denial of food, water, medical supplies, and other forms of aid are used as methods of war.”