6 Reasons Why 2016 Was Worst Year Yet for Syrian Children 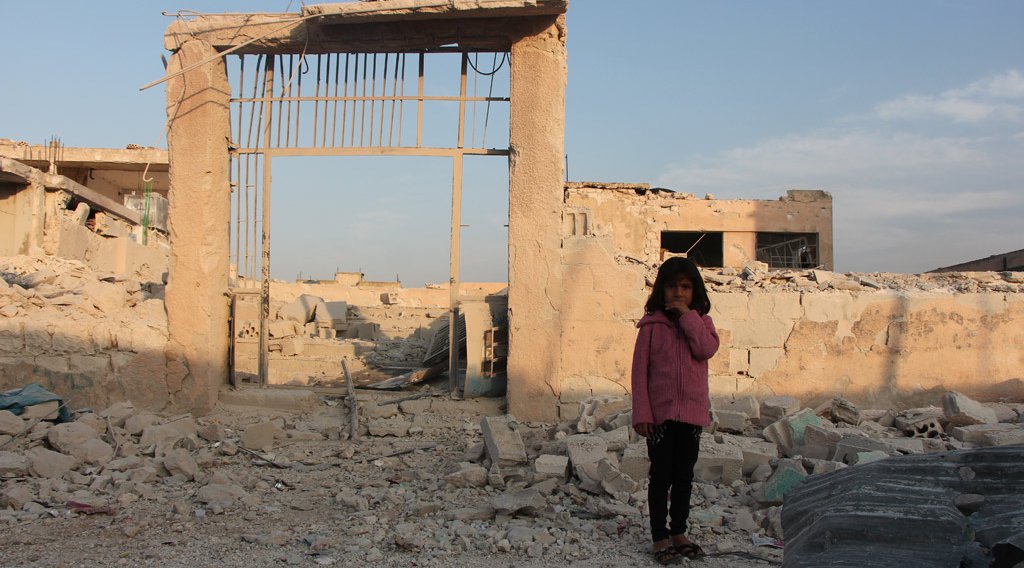 Some Syrian children know nothing but war. Others can hardly remember what it’s like not to feel claustrophobically pinned to daily survival — avoiding the sniper fire and bombs, scavenging for food and water, fleeing from harm.

Since 2011, the Syrian civil has been raging, generating nearly 5 million refugees and displacing an additional 7 million people within the country. As of early 2016, 470,000 had been killed in the war.

Even though the war seems to be winding down following the recapture of Aleppo by government forces, the traumas that children face could haunt them for a lifetime.

“The depth of suffering is unprecedented,” said the UNICEF Regional Director for the Middle East and North Africa, Geert Cappelaere, in a statement. “Millions of children in Syria come under attack on a daily basis, their lives turned upside down.”

“Each and every child is scarred for life with horrific consequences on their health, well-being and future,” he added.

And 2016 was the most traumatizing year yet, according to UNICEF.

At least 652 children were killed in 2016. Most of them were killed in or near a school. As the government sieged Aleppo, for example, it was ruthless in its assault on schools and hospitals. In one instance, regime forces dropped a chlorine barrel bomb on a school.

Across the country, 280,000 children are living under a similar siege, cut off from humanitarian aid. Another 2.8 million children are in areas that are hard to reach.

More than 2.3 million refugee children are scattered throughout the region, and 6 million need humanitarian aid to survive.

Read More: Why the World’s Poorest Countries Are Taking in the Most Refugees

Incidents of children being maimed, tortured, and recruited as soldiers or spies also rose in 2016.

The plight of Syrian children was vividly embodied by Bana Alabed, a 7-year old girl who begged for rescue as her family cowered in an Aleppo apartment. Each day was a trial for Bana, as bombs dropped all around her, her friends were killed, she was unable to go to school, and food and water were hard to come by. Eventually, Bana made it to Turkey, and her international renown guaranteed her safety.

But not every child is as lucky. Oftentimes, children remain stuck without adequate mental health services after they escape the war.

“Beyond the bombs, bullets and explosions, children are dying in silence often from diseases that can otherwise be easily prevented,” UNICEF wrote. “Access to medical care, lifesaving supplies and other basic services remains difficult.”

Read More: Global Citizens' Letters to Refugees Will Restore Your Faith in Humanity

War shreds the fabric of society and, as a result, many children who would otherwise be in school are being married off or forced into labor.

All is not lost, however. Despite the unimaginable trauma of the war and its consequences, many children are somehow persevering.

“We continue to witness the courage of Syria's children,” said Cappelaere. “Many have crossed frontlines just to sit for school exams. They insist on learning, including in underground schools. There is so much more we can and should do to turn the tide for Syria's children.”