6 myths about migrants in Europe that we need to challenge

The amount of disinformation is worrying

1. They are coming to claim social security, housing or health benefits

Given that the majority of migrants currently in Calais are from outside the EU, the likelihood of them being able to claim any benefits in the UK is small (under this system those seeking asylum are unable to claim benefits or work while waiting, often months, for their claims to be processed), but evidence for any migrants coming to abuse public services in any European country is non-existent. “There hasn’t been any study showing this link between immigration and the abuse of social services,” says Sergio Carrera, a researcher at the Centre for European Policy Studies, one of the most influential thinktanks in Europe.

While finding hard data on this link is difficult, a recent study by the Migration Policy Centre, using figures from the Organisation for Economic Cooperation and Development, shows that foreigners are net contributors (they add more to the state than they spend), across almost the whole continent.

Despite the amount of press coverage it has received, the number of migrants in the Calais camp is between 3,000 and 5,000 people- a fraction of the 185,000 people who have arrived in Europe at the beginning of the year fleeing war and persecution. More broadly, there is a disconnect between the perceived amount of migrants compared with the actual figures. In the UK this is a particularly worrying trend- a recent survey found that British people believe that 30% of the UK population is comprised of migrants, whereas the actual figure is no more than 11%.

3. The Calais migrants are economic migrants

The majority of migrants in the Calais camp come from countries such as Syria, Eritrea, Afghanistan and Sudan- returning home would mean risking severe persecution or death. In many European countries there is a precedent for taking in people fleeing dangerous situations in their own countries- from the Jewish refugees after the second world war to East African Indians. Much of my family comes from the latter group, and when we arrived in the UK fleeing Idi Amin's pogrom we were (for the most part) welcomed. Do these migrants not deserve the same courtesy? 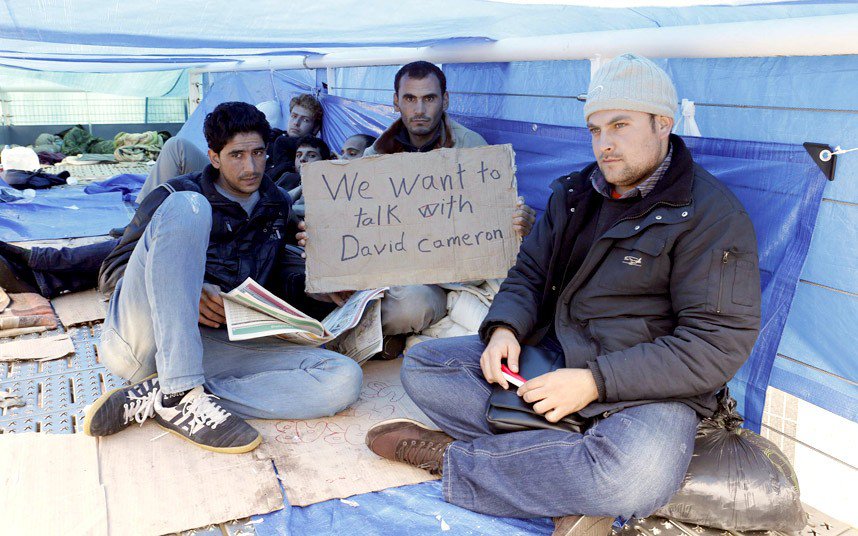 There is a wealth of empirical evidence to show that migrants tend to have a positive impact on wages rather than a negative one. This is because the labour market is more complex than we think- as the Oxford Migration Observatory recently pointed out, the people economic migrants are most likely to be competing with for employment (and therefore wages) are other migrants- ‘the skills of new migrants are likely to be closer substitutes for other migrants already in the UK than those of UK-born workers’.

5. They do not learn the language

The 2011 UK census showed only 138,000 of the 7.5 million non-UK born population in England and Wales cannot speak any English. More to the point, of the 4 million people whose main language is not English 1.7 million can speak English very well, a further 1.6 million can speak it well and 726,000 can get by in conversation but have difficulties with written English. This stereotype needs to be questioned.

6. People concerned about immigration are foolish or racist

While it is important to lead the debate with facts, it is also crucial not to dismiss concerns about immigration as a mere by-product of prejudice. Across Europe the picture for many working people is grim- wages are declining, public services are being cut- migrants who often appear to be prospering in their new countries are an obvious target for scorn. Fears about immigration often come from a deeper place than simple economics, however- for many they represent a threat to a perceived national identity and way of life, particularly in places that feel ‘left behind’ socially and economically.

Nevertheless, the importance of challenging these narratives has never been more important, particularly given how easy it is to spread misinformation. Moreover, many of the most vulnerable migrants are living in countries experiencing some of the world’s most extreme poverty- surely the most effective and compassionate solution would be to tackle this issue as soon as possible.

TopicsEuropeArticle
Brought to you by