By Judith Rowland  and  Bea Spirakis

Earlier this month, new members of Congress were sworn in to represent YOU. 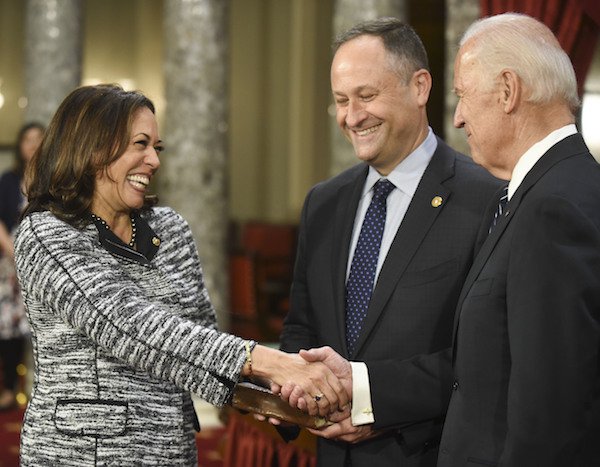 By Judith Rowland  and  Bea Spirakis

President-Elect Donald Trump isn’t the only new face in Washington D.C. Earlier this month, new members of the House of Representatives and the Senate were sworn in. Across the country, dozens of new faces will be representing Global Citizens like you for the next two years.

You probably don’t have time to read profiles of every single new member of congress, so we wanted to introduce you to six new members of Congress who we anticipate will be active voices for the world’s poor. Here are just a few of the folks that we can’t wait to work with this year.

Global CItizen first met with Congresswoman Tammy Duckworth in 2014 to talk about our the work that we do to help see the end of extreme poverty.

A combat veteran wounded in Iraq, Sen. Duckworth is a strong advocate for using diplomacy and development to help prevent conflict. Duckworth has said, “I know the value of international not for profits, diplomacy and foreign aid. As the only global superpower we also have a responsibility to lead in issues of human rights, public health, the environment and diplomacy.”

As a member of the House, Duckworth was a consistent supporter of using federal dollars to fund international development. She voted in favor of the 2016 Global Food Security Act and also the 2014 Electrify Africa Act. She was also very vocal in her support for more American assistance in the relief effort for the victims of Typhoon Haiyan in the Philippines.

Duckworth spent several years of her childhood living in Cambodia where her father was working for the United Nations Development Program. She also spent time working for Rotary International, an organization that is deeply committed to the fight to end polio. Duckworth is fluent in Thai and Indonesian and is the second Asian-American and first woman from Illinois elected to the US Senate.

Previously the attorney general of California, Sen. Harris has laid out a foreign policy platform that says, “we must do everything we can to protect our nation and our allies from the threats we face around the world – from terrorism to cyber-attacks to inadequately secured nuclear weapons to global climate change and health threats like Ebola.”

As attorney general, she travelled with her state colleagues to Mexico to sign an agreement between California and Mexico to improve coordination on combatting human trafficking. Sen. Harris also worked with California law firms to secure millions of dollars of pro-bono legal aid for unaccompanied minors in need of legal representation.

Throughout the campaign, Harris articulated strong support for international aid and diplomacy. Specifically, she advocates for preventing military conflict around the world by leveraging “the power of smart diplomacy” adding that ”our country is strongest when we stand together with our allies and when we rally the world to act instead of simply acting alone.” She believes that the US must ensure that girls around the world are not denied education, employment opportunities, and full participation in civic life because of their gender. She has said that “when women and girls are empowered and educated, communities are stronger and more stable and economies prosper and flourish.” Harris is also a strong advocate for humanitarian assistance in the Syrian refugee crisis.

A former Marine Corps officer, Senator-Elect Young supports robust US global leadership saying, “we should ensure – as we deal with situations around the globe – that we are relying on all the instruments of national power at our disposal, and not just on our military might.” He indicates that US global leadership can include “increased military presence, and additional investments in intelligence gathering and analysis, foreign aid, and other instruments of national power.”

In his six years in Congress, he has become increasingly supportive of spending taxpayer dollars to address poverty issues worldwide. He voted in favor of the 2016 Global Food Security Act and for a comprehensive response to the Zika outbreak.

After his military service, Young studied abroad at the University of London’s Institute of United States Studies, where as class president he advised their board chair, former UK Prime Minister Margaret Thatcher, on student concerns.

Since Sen. Young moved into his office, he was given a seat on the Senate Foreign Relations Committee which means that he will be making important choices about international development issues this year.

Born in India, Congresswoman Jayapal came to the US by herself when she was 16 to attend Georgetown University. She worked on Wall Street as a financial analyst and went on to earn a Master of Business Administration from Northwestern University.

In response to hate crimes and discrimination targeting the Arab, Muslim, and South Asian communities, Jayapal founded Hate Free Zone, which later became OneAmerica and was dedicated to organizing and advocating for many diverse communities of color. Under her leadership, OneAmerica grew from a one-person volunteer operation in 2001 to the largest immigrant and refugee advocacy organization in Washington State ten years later.

Pramila has helped lead the national fight for comprehensive immigration reform as co-director of We Belong Together – a campaign to mobilize women in support of common-sense immigration policies that keep families together and empower women. She has also served as vice chair of the Rights Working Group national coalition, on the executive committee of the Fair Immigration Reform Movement, and helped launch the National Partnership for New Americans, comprised of the country's 37 largest regional immigrant rights organizations in 31 states.

Rooney has been chief executive officer of Manhattan Construction Group since 2008. The company builds roads and bridges, civil projects, and buildings across the US, Mexico, and Central America and the Caribbean region. He is also a member of the Advisory Board of the Panama Canal Authority and was among the U.S. delegation led by Colin Powell to the inauguration of Panamanian president Martin Torrijos.

Congresswoman Tenney is a frequent guest on Fox Business and has been published multiple times in the New York Post, Washington Times and National Review. She previously worked in state government in New York.

While she was in college, Tenney spent the summer of 1981 in a study group in the former Yugoslavia where she learned Serbo-Croatian, a South Slavic language. The following year she worked as an intern in the Yugoslav consulate in New York City. Each week, Tenney visits a cafe in her hometown where she speaks with friends who are part of one of the largest Bosnian refugee communities in the United States.

Liz Cheney is the daughter of former Vice President Dick Cheney. She graduated from Colorado College and the University of Chicago Law School.

She was also the co-founder of the Alliance for a Strong America, a non-profit organization based in Wyoming and focused on educating voters about the importance of American leadership and strength. She is the coauthor, along with her father, of “Exceptional: Why The World Needs A Strong America,” published in 2015.

The newly minted congresswoman has practiced law and served in the State Department, including as the second-ranking official responsible for U.S. Policy in the Middle East. She is a member of the International Board of Advisors at the University of Wyoming and previously served on the board of Rivers of Recovery, a Wyoming-based organization that provides rehabilitation for military veterans through fly-fishing.