It's good to admit when you're wrong. 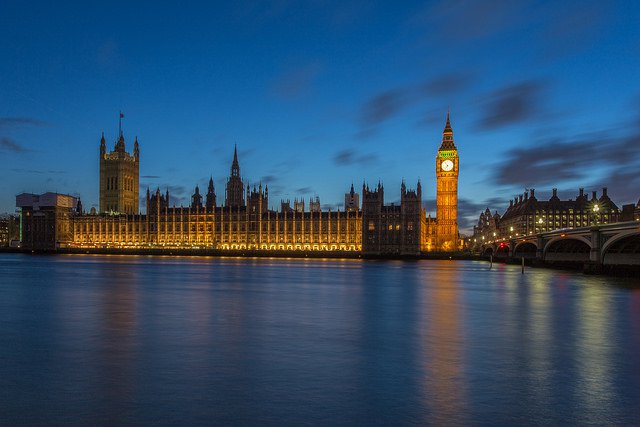 The United Kingdom formally passed the “Turing Law” on Tuesday, posthumously pardoning more than 50,000 gay and bisexual British men (including Oscar Wilde) for consensual homosexual relationships. Though homosexuality was decriminalized in England and Wales under the Sexual Offenses Act in 1967, the law holds symbolic value, a way to reckon with a prejudiced past that still has repercussions today.

“This is truly a momentous day,” said justice minister Sam Gyimah. “We can never undo the hurt caused, but we have apologized and taken action to right these wrongs.”

Lord John Sharkey, who helped introduce the law as part of the Policing and Crime Bill, agreed it was a “momentous day,” adding, “It is a wonderful thing that we have been able to build on the pardon granted to Alan Turing during Coalition and extend it to thousands of men unjustly convicted for sexual offenses that would not be crimes today.”

Read More: Who’s Who in the American Civil Liberties Union

The law is named for Alan Turing, one of the most influential mathematicians and computer scientists who ever lived. His World War II exploits cracking the German Enigma machine and coinciding personal struggles as a gay man were popularized in the Oscar-winning movie The Imitation Game (2014). Convicted of gross indecency in 1952, Turing was chemically castrated before committing suicide in 1954. He was royally pardoned in 2013.

Turing’s family and gay rights groups continued campaigning for pardons for the rest of the 50,000 men wrongfully convicted of gross indecency. Before the 2015 elections, they presented a petition with nearly 500,000 signatures to Downing Street. Two years later, a victory has been secured.

While retroactive, the law has value in the present. Approximately 15,000 living gay and bisexual men who were convicted for sexual acts may also apply to the Home Office for pardons to have their names cleared in legal records.

For some, however, the legislation does not do enough. According to the Independent, the Home Office program to “disregard” historic sex offenses began in 2012. Since then, only 83 of the 320 applications have been successful. Furthermore, some who were convicted feel that by accepting a pardon, they are acknowledging wrongdoing, which they refuse to accept.

For many, still, the law is a step in the right direction. A spokesperson from the LGBTQ organization Stonewall said, “Another important milestone of equality has been secured in law. Gay and bi men, cautioned or convicted for kissing, holding hands or just chatting up men, can now have these ‘crimes’ deleted from their record.”

February is also the start of LGBT History month in the United Kingdom, celebrating the historic contributions of LGBT people and raising awareness of the societal challenges they continue to face. For those unhappy that the law is mainly symbolic, the timing could be a launch pad for further amends.

We need Twitter to silence LGBT hate. Homophobia, biphobia and transphobia have no place online #no2LGBTHatehttps://t.co/8L5hCW3bDopic.twitter.com/nVVdclVRvq