5 ways we can end extreme poverty 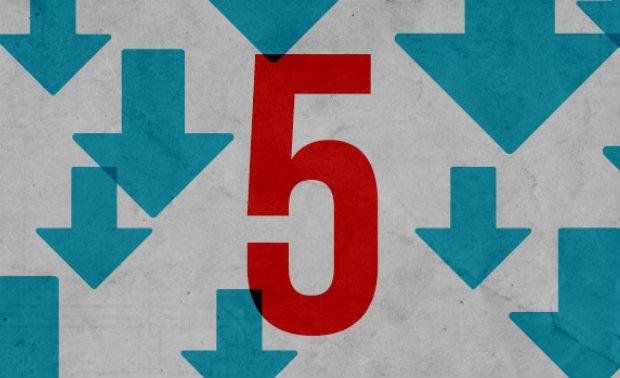 1.3 billion people in our world currently live in extreme poverty.

These 1,300,000,000 individuals live on less than what you can buy in the US for $1.25 per day. You might think this buys more in a poor country than it does here, but actually, it’s a figure that’s been adjusted for purchasing power, which means that anywhere in the world, the $1.25 a day measure buys little more than enough basic food, clean water and cooking fuel to make two simple meals.

At the Global Poverty Project we’re passionate about communicating these amazing achievements, and highlighting the opportunity we have to bring this number down to zero - within a generation.

This post summarizes how we can each play a part in realizing this opportunity – moving a world without extreme poverty from its current status of ‘improbable possibility’, to ‘likely reality’. This list is designed to introduce you to the key themes and issues related to ending extreme poverty.

1. Change how we think about extreme poverty

We know ending extreme poverty is a big and complex challenge. It has many causes, and there’s certainly no silver bullet or single solution, but we don't think that this complexity means the challenge cannot be overcome. There are a huge number of smart and talented people all over the world in charities, business, academia, evaluation organisations,government and think-tanks who are building an evidence base of things that work, things that don’t and why.

Improving governance structures can ensure that decision-making works in favour of the world’s poorest people. At present, most discussions about governance are framed in terms of corruption. Rather than treating the problem of corruption as an excuse to stop investing in development efforts, we need to get behind those working in communities to counter corruption: by holding local leaders to account, increasing transparency, and ensuring that laws are applied. Corruption is not only a problem that needs to be tackled in poor countries. In rich countries we need to hold governments and businesses to account for any complicity in the process of corruption, or for unethically undermining poverty reduction through actions like avoiding tax or utilising vulture funds to recover illegitimate debts. We’ve posted more about corruption on Global Citizen and you can see the work being done by corruption-fighting organisations like Global Witness and Transparency International.

Next, we need to make sure that aid that’s given – whether through donations to charities or taxes to government – is spent on programs that really work. Foreign aid won’t end poverty - but it’s a vital ingredient that can be used to make investments in things like health, education and infrastructure – resources needed for countries and communities to lift themselves out of poverty and prevent dependence on aid in the future.

Ultimately, extreme poverty ends when local communities can trade their way to a better future. The amazing poverty alleviation that we’ve seen in the past generation has been led by countries who have joined global markets: in China 400 million citizens have been lifted out of poverty since 1980, South Korea has moved from aid recipient to aid donor by building industry and creating world-renowned brands, and Botswana has grown faster than any other country in Africa by wisely investing proceeds from its diamond mines. Currently, the potential of trade is limited by the rules which work against poor countries, and will need to be reformed before we will see an end to extreme poverty.

5. Address the Elephants in the Room

Beyond these three issues, climate change and resource limitations are the elephants in the room, threatening the potential end to extreme poverty. The impact of these issues can be seen in the Pakistan floods, and in the record food prices which will mean that 1 billion people go to bed hungry tonight. On both of these issues our challenge is distribution, not scarcity. We aren’t running out of food - there’s more than enough food on our planet to feed everyone. The problem is that the world’s poorest people can’t afford to buy enough of it. In order to realize the potential of developing populations, rich countries have to increase their efficiency in resource use, and support clean development.

All of the opportunities and challenges of fighting extreme poverty outlined above are technically possible and eminently affordable. Our role is to make them politically viable and increasingly probable.

We can make a start with simple changes to the way that we act on a daily basis and bylearning more about the issues so we can make informed decisions, especially about the ethics of the products we buy and the effectiveness of the money we donate.

Beyond that, we can help others realise that it is possible to end extreme poverty, that we are already making significant progress, and that practical steps can be taken to overcome the challenges that remain.

From there, it’s about using your voice as a Global Citizen to join the campaigns and initiatives of organisations fighting hard in your local community to change the rules and systems that keep people poor: ensuring that corruption is reduced, that aid is given in appropriate quantities in the right way to the right things, and changing trade rules to give the world’s poorest a fair chance to lift themselves out of poverty.

Most importantly, it’s about recognizing that the movement to end extreme poverty is led by people in poverty themselves. As we reflect on the changes of the last generation, we can look forward a generation and see a real prospect of extreme poverty not existing. Our role is to get behind the world’s poor, give voice to their aspirations, and work as citizens and consumers to make the end of extreme poverty the legacy that our generation leaves on this world.

Click here to learn about the Millenium Development Goals