5 times food has changed the course of history

More than just snacks, food is at the middle of more stories than you might think!

The history of food is as old as the history of humanity. Essential to our survival, food not only keeps us moving, it can unite friends and families, trigger revolutions, transport cultures and transform the way we live. So, for the next time your stomach rumbles, here’s a 5 course menu of foods that have changed history.

Growing up in a city, I always pictured nature as a farm - bales of hay, clucking chickens, Babe the Sheep-Pig. Little did I know there’s been nothing fundamentally natural about farming since the practice began around 12,000 years ago.  Humanity’s first foodie shift happened when we abandoned the thrill of the nomadic  hunter-gatherer lifestyle and decided we wanted to settle down, grow some vegetables, have a garden, and act like reasonable adults.  This change - the agricultural revolution - was the start of civilisation as we know it.

Farming could produce surplus food, and once humans figured out how to store that food, they no longer had to be constantly on the move. There was enough food right where they were, all year round. Fertility rituals to yield a good harvest became part of traditional religions, and food was used as a form of payment and taxation.  And the power in societies depended on whether you owned the land, or worked on someone else’s land. To this day, so much of the world’s inequality is based on access to food. 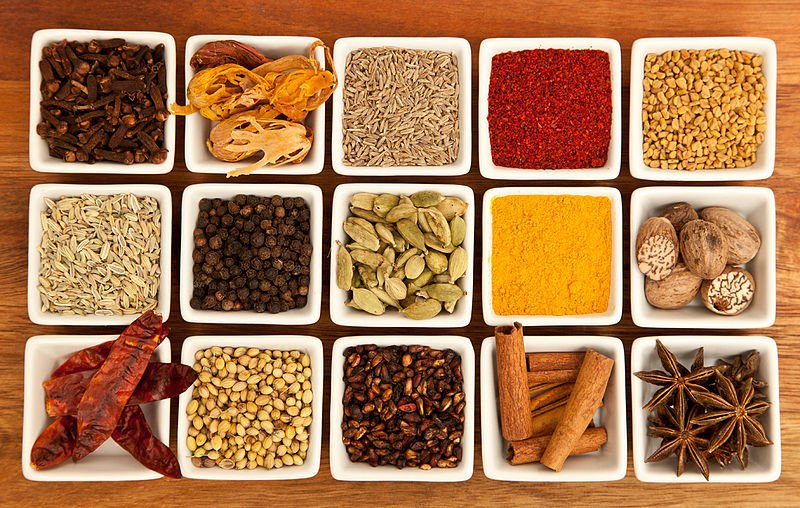 For all the good that staple crops bring to civilisation, it’s no secret that they’re a little bland.  The pursuit of flavoursome and aromatic spices has shaped the map of the world as long as humans have craved flavour, opening up trade routes, creating opportunities for cultural exchange as well as heating up competition between empires.

After the Portuguese explorer Vasco da Gama set sail around Africa in an attempt to break up the Ottoman Empire’s (centred on modern day Turkey) monopoly over the spice trade, Christopher Columbus soon embarked on his own adventure in the opposite direction, hoping to reach the Indies from the West. Instead, he came across something he didn’t expect (you know where this is going) - the Bahamas. Whilst there, he recognised that the hot, humid conditions of the Caribbean were ripe for growing a crop that could satisfy his sweet tooth - sugar cane.

This realisation sparked one of humanity’s darkest moments: the transatlantic slave trade. Over the next 300 years, 11 million Africans were forcibly transported to the ‘New World’, with half of these sent to work the plantations in the West Indies. This free labour lowered the price of sugar back in Europe, increasing demand until it soon became a staple of the European diet, accounting for up to a third of Europe’s economy at its height. Known at the time as ‘White Gold,’ sugar became the most bittersweet food in human history.

Fortunately, the era of African slavery is behind us. But today, crops like coffee and cocoa are grown by some of the world’s poorest people, to be sold to some of its richest. The Fair Trade movement is all about certifying companies that pay a fair share to the farmers that grow the products, so that the global food industry plays its role in ending extreme poverty. 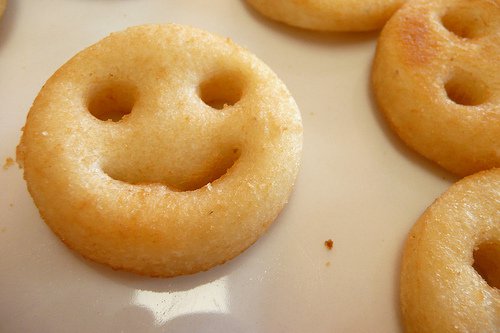 The humble root vegetable has been quite the globetrotter, originally eaten by Peruvians, appropriated by the Spanish (Columbus did have a knack for treating the map of the world like a recipe), and now found on menus wherever you can find a McDonald’s. Producing more calories than cereal crops, the potato played a key role in the industrial revolution in Europe by providing a cheap and nutritious source of energy for workers that could be easily grown in small backyard plots.

The spud triggered a population boom amongst the working class and made such an impact on industrial production that the socialist economist Friedrich Engels declared it as equal to iron in its ‘historically revolutionary role.’ However, the overdependence on one variety of potato, ‘the lumper’ proved dangerous when a strain of potato blight spread to Europe and resulted in major potato crop losses in the 1840s. Amongst the worst hit were Irish farmers, many of whom lived on a diet consisting almost entirely of milk and potatoes. The Irish Potato Famine became one of the most devastating examples of the threat a lack of biodiversity poses to food security.

In the 21st century, climate change is causing the disappearance of species of animals and plants at an increasingly rapid rate. We need to conserve natural ecosystems for all sorts of reasons, but an important one is so that we don’t develop a risky reliance on one or two foods that are vulnerable to disease or disaster. To ruin an old saying, “don’t put only eggs in your basket”. 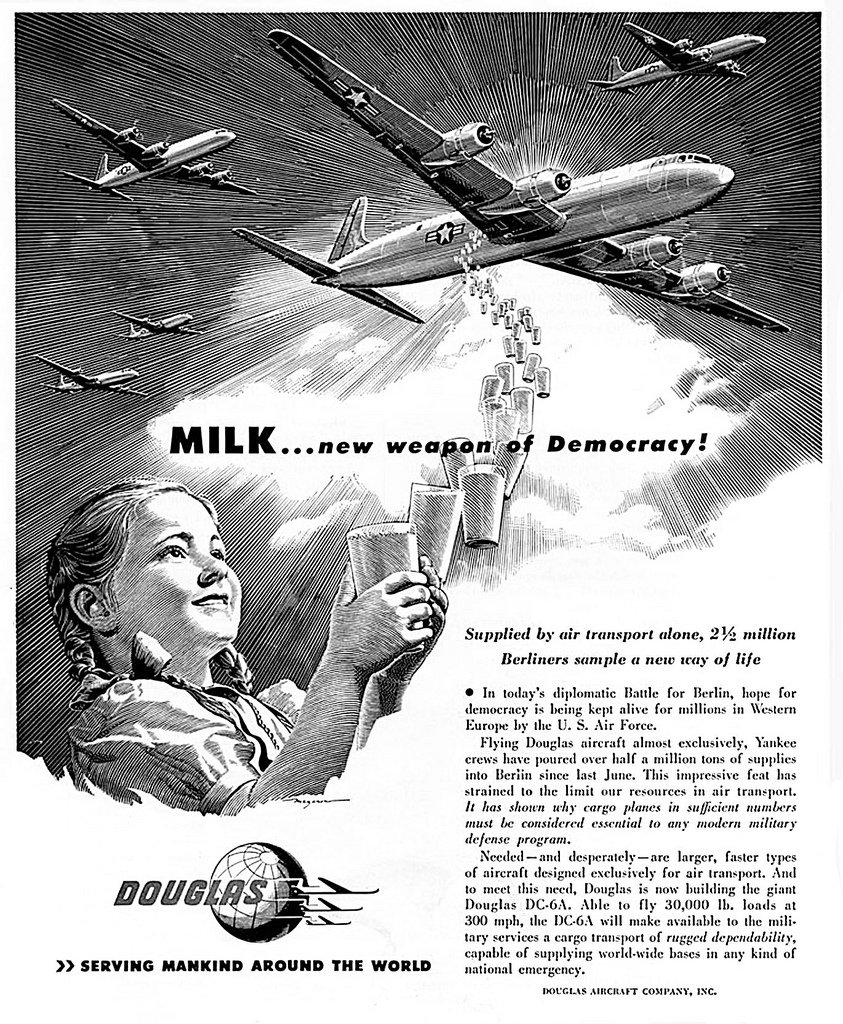 In battle, one of the most effective ways of defeating another army is by cutting off their access to food. During the Cold War last century, the USA and the Soviet Union found themselves jostling for position in Berlin. Although situated in the east of Germany, when the country was sliced down the middle after World War II, it was agreed that West Germany and East Germany would get half of the city each. It doesn’t take a wild imagination to see how this could be a bit of an issue.

By 1948, the Soviet Union became so unhappy with a capitalist island right in the middle of their territory, that they decided to block off supply links to West Berlin until the Western powers gave up and left town. But the UK and USA were determined to hold their ground, and began to send food and vital supplies by air to the 2 million people living in West Berlin. Expecting the airlift to last 3 weeks, British and American planes became a regular feature of the Berlin skyline, scattering supplies to the population every day for 11 months. German children nicknamed the  American planes ‘raisin bombers’ - an image that sums up how something as innocent as food can become a weapon of warfare.

In modern war zones, there are still communities starving due to armed conflict cutting off access to food. Organisations like the Red Cross and the World Food Programme dedicate themselves to getting much-needed food deliveries through the line of fire. 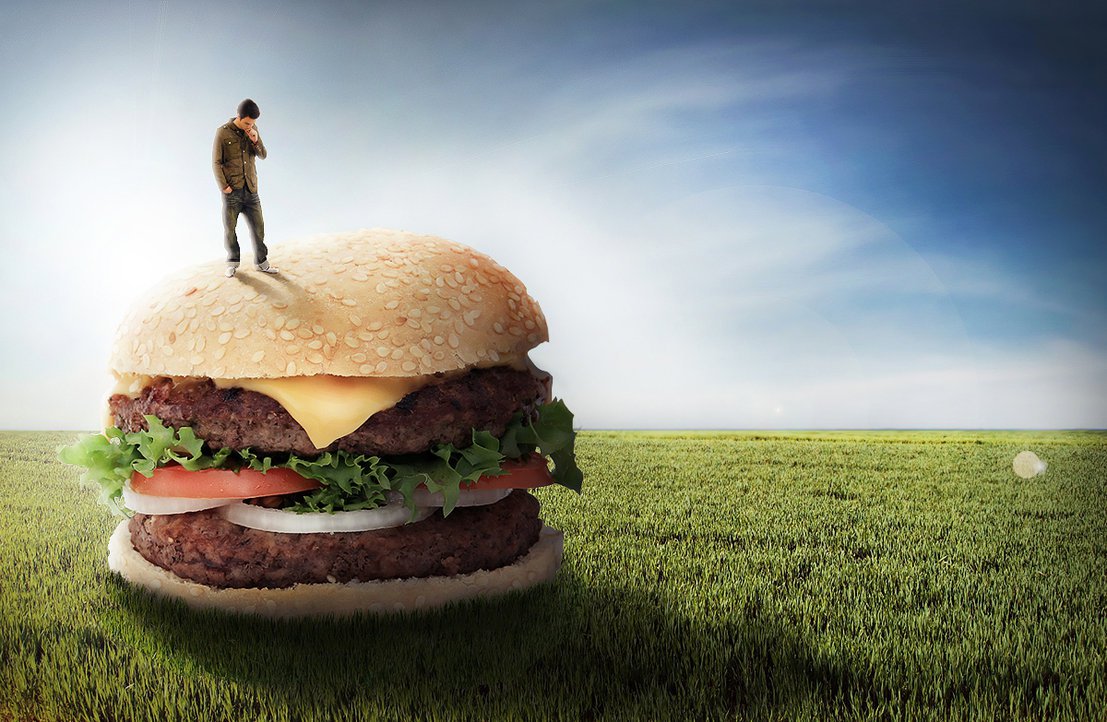 Without wanting to trivialise the end of World War II, I think it’s fair to say that 1945 was a pivotal year for another reason: the opening of the first McDonald’s. Since then, McDonald’s has grown to attract 68 million people to its restaurants every day - that’s bigger (in every sense of the word) than the population of the United Kingdom - and made a huge impact on global health.

Today, 1 in 3 adults are obese and in the last 30 years, the world has started to see a frightening paradox - obesity in the developing world has almost quadrupled since 1980 (ODI), even though lots of these people are still poor. Companies like McDonald’s and KFC have popped up in places as far-flung as Kenya and Honduras, adapting their menu to incorporate the flavour of the local cuisine and tap into ‘emerging markets.’

Although the poorest members of these societies still can’t afford to eat in these chains, they are growing increasingly dependent on cheaper, copycat versions, especially in densely populated urban areas where slum dwellers often lack the means or space to cook their own food. In many African cities, 70% of the calories consumed by the urban poor are now from street food suppliers (Devex). These are not your trendy Korean burrito vans, but unregulated vendors who sell their own cheaper version of common fast foods - often prepared with dangerous oils and in unsanitary conditions - to people who cannot afford to eat anything else. Although the tide of opinion in the Western world might finally be turning towards a healthier diet, the world’s poor do not have that luxury.

What we eat changes history, and the story of food has always been closely tied to both progress and social inequality. For good or ill, food is literally the fuel that powers human society.

This year, global citizens have the opportunity to shape the course of history once again. Last month, G7 leaders committed to lift 500 million people out of hunger - and now, global citizens around the world are calling on them to fulfil this promise by providing the necessary funds. Achieving this goal would be a vital step in eliminating hunger for good.

Join the call by signing the petition in TAKE ACTION NOW to increase food security around the world.