Patrick Stewart gets angry about the EU Convention on Human Rights and the response is perfect. 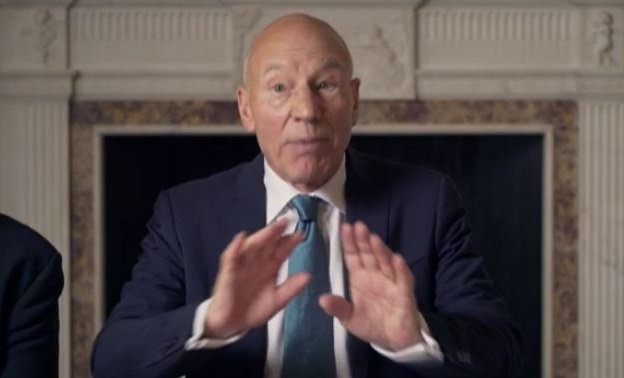 To put it simply, human rights are non-negotiable. They ensure that ever person, in virtue of our shared humanity, is able to access fair opportunities and live without fear, violence or degradation. To ensure that human rights are upheld for each of us, regardless of our backgrounds, individuals need the support of national and world leaders who are able to ratify said rights into law.

Following Conservative member of the UK Parliament Theresa May’s contention that Britain should depart from the European Convention on Human Rights (ECHR), a roster of comedians, including Patrick Stewart, Adrian Scarborough and Sarah Solemani, decided to respond. The comedic group channelled a Monty Python classic to, hilariously, reveal the problems in the plan to withdraw from the EU Convention on Human Rights and replace it with a UK bill of rights.

So, here’s 5 things the ECHR has done for us humans

1. Right to a fair trial - In the determination of our civil liberties, we are each entitled to a fair and public hearing within a reasonable time by an independent and impartial tribunal.

2. Right to private life - We each have the right to respect for our private and family life, home and correspondence. There shall be no interference by a public authority with the exercise of this right except what is in accordance with the law and necessary in a democratic society.

5. Freedom from torture -  No one shall be subjected to torture or to inhuman or degrading treatment or punishment.

The European Convention on Human Rights (ECHR) is a vital treaty that demands the protection of human rights and fundamental freedoms in Europe. Since its conception in 1950 as a response to the genocidal atrocities of the Second World War, it has protected lives in the EU. However, the job is not done.

Just last year, over 1 million migrants fled their native lands to seek asylum in Europe, many of them escaping the threats of war and death. The arrival of so many migrants has been met with mixed attitudes across Europe.

While many Europeans welcome them, believing in their rights to sanctuary from harm, their arrival has provoked a wave of hostility. Frauke Petry, leader of Germany’s Alternative for Germany party, has even gone so far as to suggest shooting refugees at the borders.

When hostile rhetoric like this enters the mainstream debate, it runs the risk of normalising incendiary and discriminatory views. Europeans, and people around the world, must instead remember frightening moments in global history such as the Holocaust, genocides in Rwanda, Cambodia, Bosnia, Darfur etc., knowing that the murder of millions haas often begun with the gradual infringement on the rights of minorities.

In the meantime, enjoy the video that reminds people in the UK how valuable the European Convention on Human Rights is to the country. These rights and laws serve as protectors to everyone.

*For a comprehensive list of the rights protected by the ECHR, check out the European Convention on Human Rights