5 Reasons to Be Optimistic About the Future of Climate Change

Clean energy and activism? We're in!

This article was contributed in support of Rainforest Alliance.

The world is heating up—and getting wetter or drier, with more frequent and intense storms and more severe drought. Every day brings more news stories about the disruption and damage wreaked by climate change. And since the international Paris Agreement for climate action was signed a year ago, the levels of carbon dioxide in the atmosphere have continued to soar, making 2016 the hottest year on record. We’re already feeling the effects of climate change, and they aren’t going to go away.

And now the United States, a leading signatory of the historic Paris Agreement, has elected a climate change-denying president.

Despite this grim news, we need to recognize the progress we’ve made and move forward with optimism. Companies, governments, NGOs, people, and communities around the world are taking significant actions to reduce greenhouse gas emissions. While the danger of weather-related catastrophes impacts and faltering political will can’t be underestimated, there are encouraging signs of cooperation, collaboration, and a growing understanding of the urgency to address climate change. People are getting it. Implementation is the driving force behind this year’s UN Climate Change conference (COP22) in Marrakech, Morocco—in other words, taking the actions to meet the ambitious goals of the Paris Agreement.

Let us move forward with renewed vigor, together.

Here are five reasons we can go into COP22 with optimism:

1. The Paris Agreement came into force faster than any multilateral agreement, ever

By comparison, The Kyoto Protocol took eight years to be ratified, and the United States never signed it. The Paris Agreement has seen much quicker progress. 55 countries, representing at least 55 percent of global emissions, needed to ratify the Paris climate deal for it to take effect. That’s been achieved, and more—as of November 2016, 111 parties have ratified the agreement. Five signatory countries alone — China, the United States, India, Brazil, and Indonesia —  represent about 46 percent of global emissions. That’s significant. COP22 in Marrakech, Morocco, marks the starting point for countries to fulfill their national determined contributions (NDCs) to reduce emissions.

Even if all nations meet their current pledges, it still won’t be enough to get us to limit temperature increases to 1.5C, where we need to be. But all world leaders have moved to get on the same page, and that’s movement in the right direction. Global cooperation at this speed is rare indeed.

2. Companies are beginning to take action against climate change

Picking up from where the governments and diplomats have left off, companies and other non-state actors are making climate change and sustainability core to their businesses. Over 400 consumer goods companies have set targets to reduce or stop outright the sourcing or producing of commodities that drive deforestation.  Unilever and McDonald’s, for example, have been vocal about their sustainability commitments and the need for climate action. They’ve pledged to try and eliminate deforestation from specific supply chains and source products from palm oil to beef to coffee more responsibly.  Fast-fashion giant H&M has pledged to move to a circular supply chain—that is, only use material from recycled, renewable, or sustainable sources. Paper and personal care companies, like Domtar and Kimberly-Clarke, have holistic forest and environmental conservation programs already in place. Google has become the biggest corporate purchaser of renewable energy, with an aim to transform the tech industry. Sustainability is becoming a mainstream concern, and public pressure is shifting attitudes in boardrooms and with corporate policy makers.

3. The world is moving to clean energy 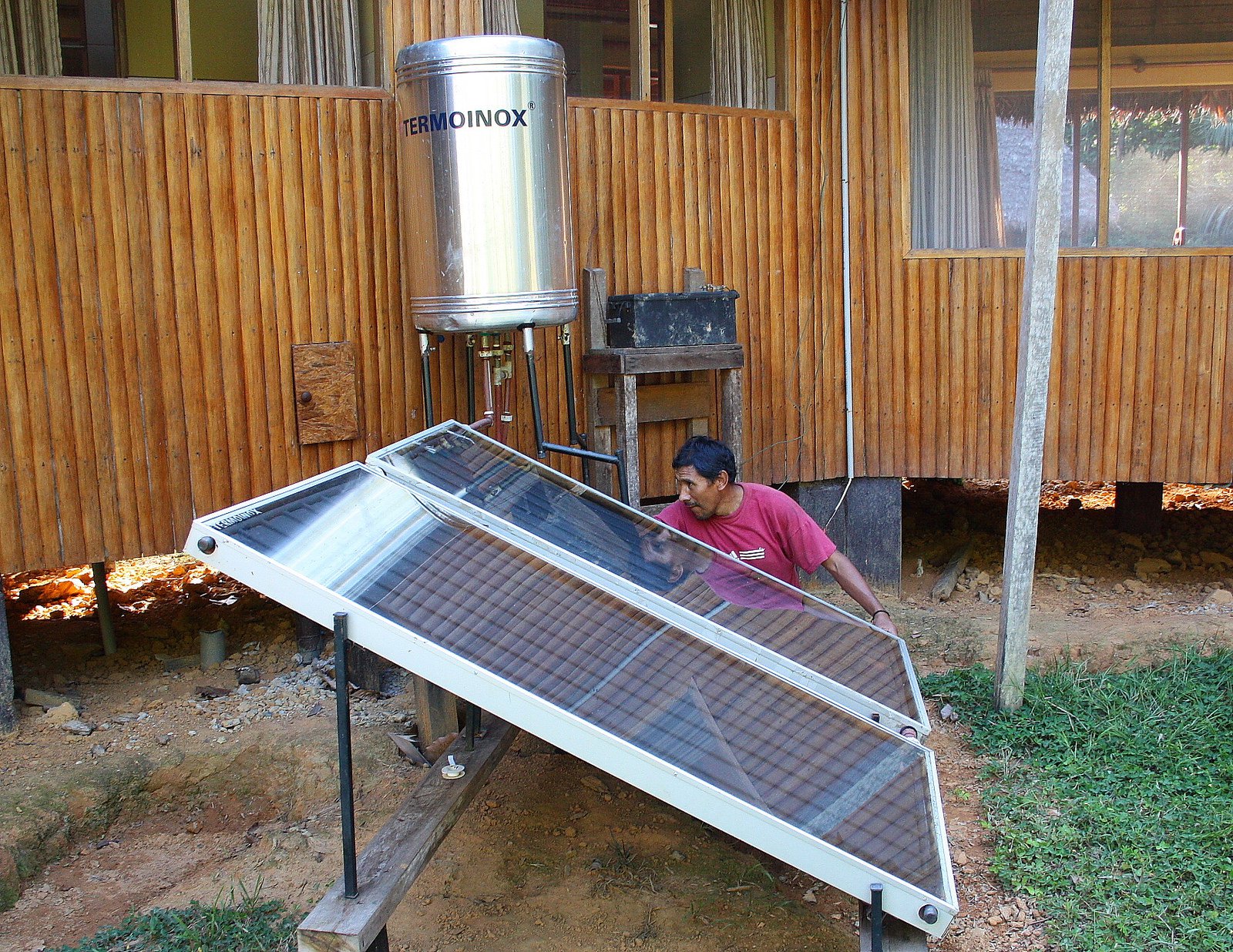 Clean energy is gaining ground, showing potential to compete with fossil fuel use. Last year, 500,000 solar panels were installed every day around the world. The cost of solar and wind power is dropping incredibly fast, often without subsidies, making clean energy accessible and cheap. Meanwhile, coal use continues to decrease across the world, notably in China, the world’s largest carbon emitter, against a backdrop of global economic growth. The world now has a larger capacity to generate energy from renewable sources than from fossil fuels. In the United States alone, the solar industry added 35,000 jobs in 2015 (70% more than the coal industry), and is expected to add 44,000 in 2016.

Clean energy is not yet the norm, but it’s a disruptive technology going mainstream. With financing of technology transfer to poorer nations, some may leapfrog the fossil fuels-dependent stage of their economic development. The growth of clean energy is critically important—if we can’t wean ourselves of hydrocarbons as the engine of global economic growth, all other strategies to reduce carbon emissions will prove insufficient.

There are 500 million smallholder farms globally, supporting about 2 billion people, providing the majority of food for Asia and sub-Saharan Africa. The movement to support and invest in these farmers to improve their livelihoods and achieve greater food security is growing. For example, 1.2 million farmers have adopted climate-smart agricultural practices that reduce their greenhouse gas emissions, pesticide use, and increase their yields per acre. These farmers, who are Rainforest Alliance Certified™ and follow the strict standards set by the Sustainable Agriculture Network, achieve three important things through their climate-smart farming.

First, better practices lead to more food produced on the same amount of land. This can reduce the need to convert natural forests to cropland, avoiding carbon emissions and conserving wildlife habitat.

Third, the farmers’ technical know-how improves, so farms are better poised to respond to and withstand the hazards of drought, increased temperatures, and erratic rainfall.

This is climate resilience— while difficult to quantify, it is a significant outcome of widespread investment into climate-smart agricultural practices.

5. Indigenous people are reclaiming their land rights and protecting forests 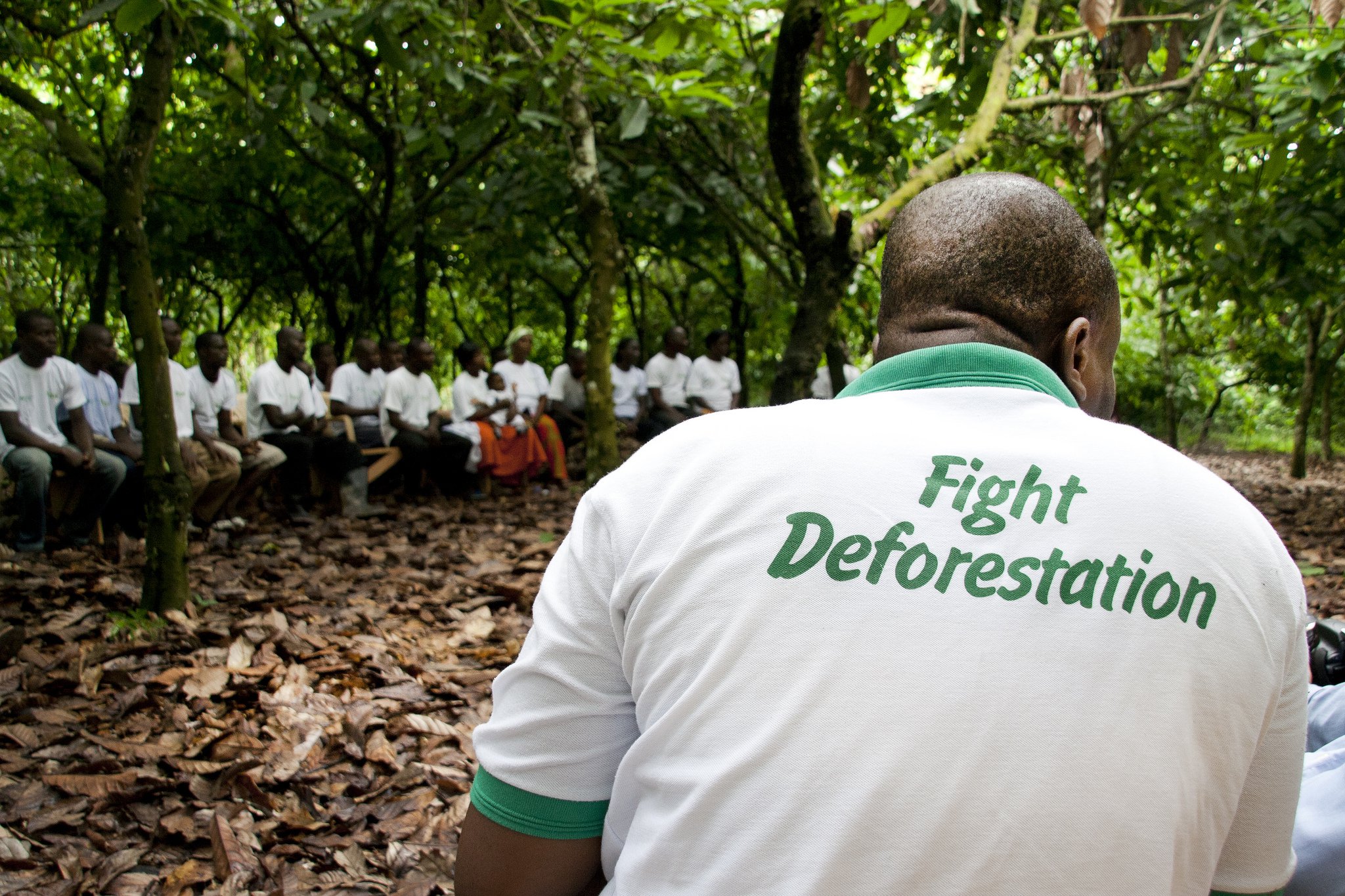 While agricultural expansion is the biggest driver of deforestation, forests are one of the best defenses against climate change. In the tropical forests from Asia Pacific to the Congo Basin to the Amazon, indigenous peoples and local communities are gaining rights to the forestland they call home, and developing sustainable forest economies. The people who live in the forest have the strongest incentive to keep it standing, and where their tenure is clearly established, use the forest to contribute to good and meaningful livelihoods without destroying it. Where local communities and indigenous people have legal or official rights have some of the lowest deforestation rates in the tropics. All told, they sequester 37.7 billion tons of carbon. That’s 29 times the annual CO2 emissions of all the passenger vehicles on the planet.

Recent studies in Latin America have shown that the cost of securing land tenure for indigenous peoples is only about 1% of the total value of benefits obtained by protecting the forest. Today, nearly one-third of tropical forests are under some form of local community control, and that share is growing. Enshrining tenure has a twofold effect: it protects forests, thus mitigating climate change, and respects human rights.

The changes that must be wrought require high-level policy changes, advances in technology and infrastructure, and government action—but even small actions can help. As the world moves into the implementation phase that COP22 represents, we can do it feeling inspired and optimistic. But it’s no time for complacency either. It’s absolutely necessary to keep a high sense of urgency applied to our leaders, businesses, communities, and organizations to keep throwing their considerable weight behind this common goal.