5 Projects That Show Immigrants Are the Heart of America 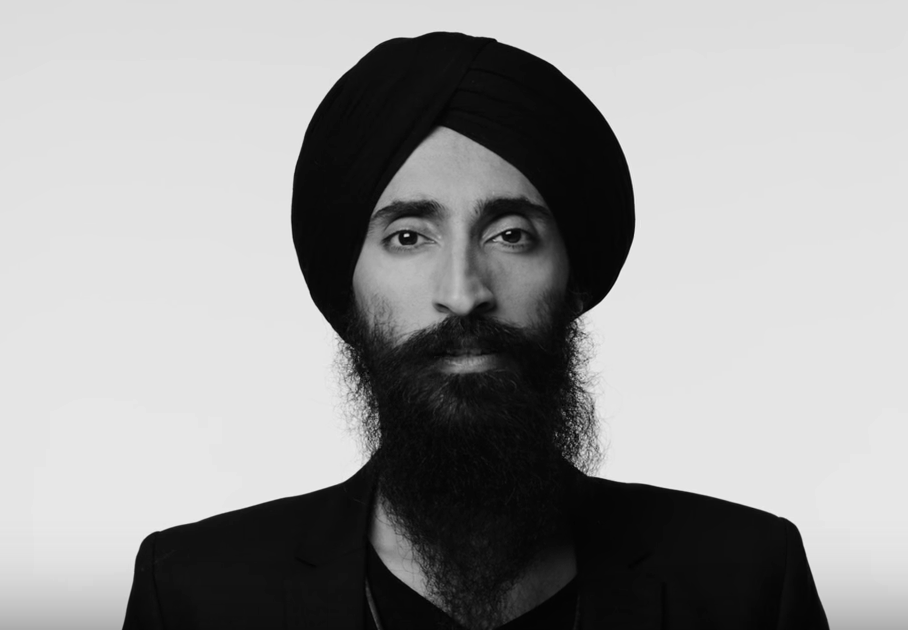 It’s everywhere — the highest ranks of fashion, inside New York City restaurant kitchens and art institutions all over the world. In light of US President Donald Trump’s travel ban targeting refugees and immigrants, people are celebrating the beauty and diversity

At an individual level, celebrities like Ashton Kutcher, Mindy Kaling, and Meryl Streep have spoken out against US President Donald Trump’s executive order. And hundreds of celebrities themselves are immigrants.

Few in the US do not have roots in other cultures, countries, or identities, as this map from US Census Data points out. Immigrants are truly the fabric of America.

Read More: Do Refugees Cause More Crime? The Facts Say Probably Not

Here are five campaigns supporting awareness that whether a refugee, immigrant, or someone who may not fit the majority hold immense value, and deserve every opportunity to be treated with the same respect. 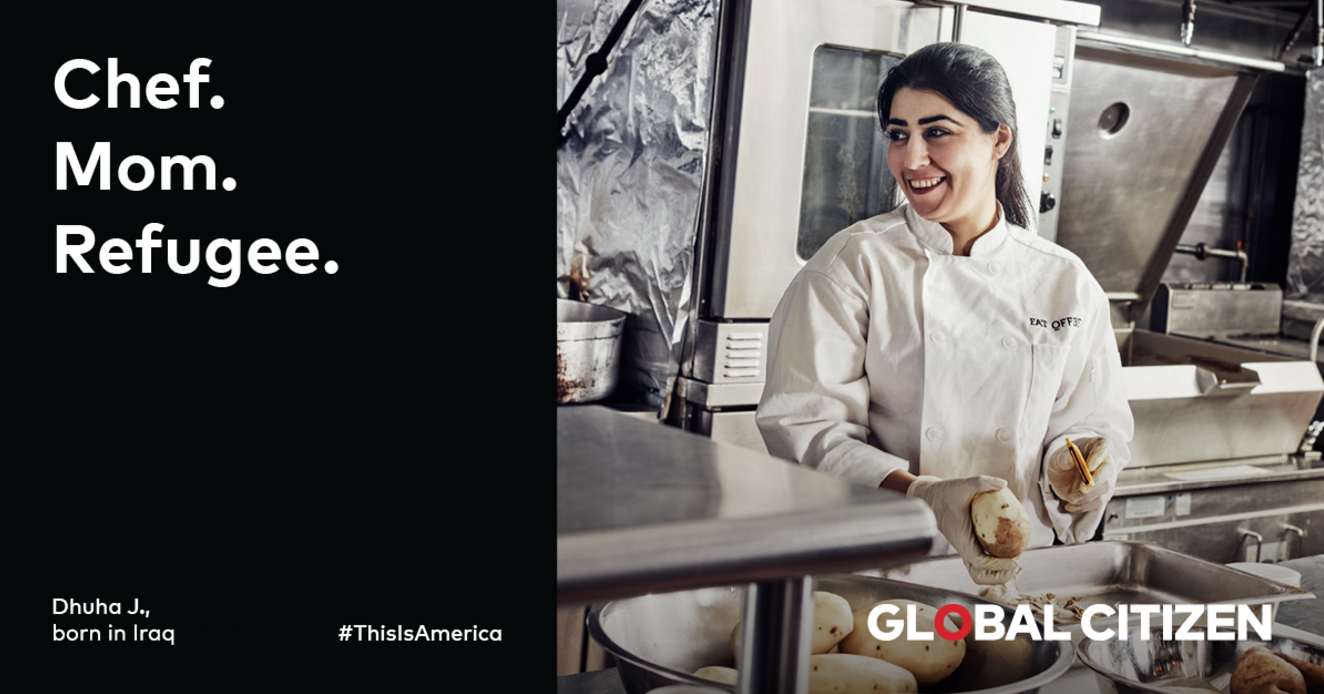 Global Citizen launched #ThisIsAmerica, a campaign highlighting the fact that the beauty of American lies in what unites not what divides us. The US has a history stepped in welcoming refugees and immigrants, and it’s one we must continue.

#ThisIsAmerica features immigrants, like Dhuha, a chef with Eat Offbeat — a startup restaurant and catering business employing refugees, and wants others to feel lucky to have refugees here. Dhuha fled violence during the Iraq war at 26, and has been in New York since.

Global Citizens can share their story here, and take action here calling for policies that support refugees and immigrants, not turn them away based on religion or country-of-origin.

With vibrant added animation, each story in this series from the New York Times, reveals the complexity of duality in race, ethnicity, and culture in America. The series shares nine minute-long stories of people who identify as more than American, and both the obstacles and pride they feel for their identity.

In Hyphen-Nation, an Asian-American woman, Amanda, addresses dichotomy of belonging and also being faced with the subtle racism of others demanding to know where she’s “really” from. Jason shares that he feels he is first, a black man, an American second when he is in his own country. And Roy, a Mexican-American, divulges his struggle to overcome wanting to just be “American” which he saw tall, white, “working on Wall St.” and how he grew to embrace both cultures.

Hyphen-Nation asks others, who have ever felt excluded from American identity, to share their stories of when they felt least American, and most American here.

Read More: This Is America: Celebrating Faces of Immigrants & Refugees

Diane von Fürstenberg, whose mother was a Holocaust survivor, says in the campaign video, “America was very good to me,” a prime example of the opportunities this country should extend and afford to all immigrants.

After increasing diversity from the fashion industry, through models like the only model with Down Syndrome Madeline Stuart, acid-attack survivor Reshma Queresi and Somali-American Halima Aden, taking the runway of New York Fashion Week by storm, #IAmAnImmigrant makes crystal-clear that the fashion industry is progressing toward inclusivity.

A coy dig at Donald Trump’s campaign slogan “Make America Great Again,” the hashtag #ImmigrantsMakeAmericaGreat has less formal roots than other campaigns, yet the stories have been just as inspiring. This hashtag highlights Americans with roots in other countries around the world who are shining examples of people in Americans who embody strength, and perseverance. Filled with examples like Erandy Marquez, a Mexican immigrant to the US who is now a law school student on the Dean’s List at South Texas College of Law. 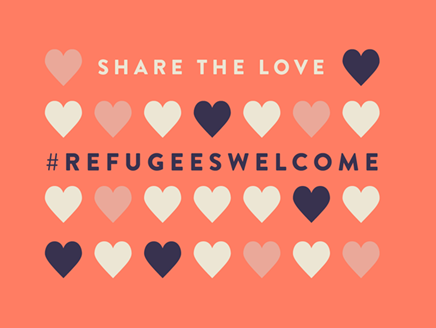 Between Valentine’s Day, and March 3, Refugees Welcome is encouraging get togethers at the local community level for people to connect and get to know refugees as more than their title, but as people.

The campaign includes social media toolkit, and how-to-guide for hosting a dinner, along with a set of questions for meaningful conversation to “break bread and break barriers.”