4 Ways Zika Can Be Contained Without Slaughtering Bees

Ensuring human and environmental health can and should go hand-in-hand. 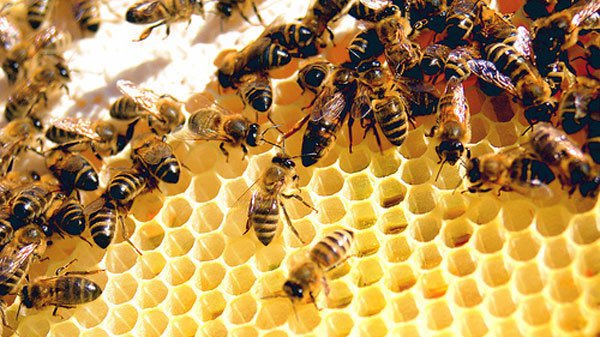 Recently, South Carolina used planes to spray the insecticide Naled in parts of the state to kill mosquitoes and guard against the Zika virus.

Officials wanted to act swiftly after news that four citizens of Dorchester County had contracted Zika while traveling, but in their haste to contain the threat, they overlooked basic environmental protocols and ended up killing millions of honey bees.

Some beekeepers lost all of their hives, and their livelihoods, as a result. The consequences of mass die-offs go beyond the hardship of a few farmers. The role that bees play in maintaining ecosystems cannot be overstated. Through cross-pollination, bees allow 30% of the world’s crops and 90% of the world’s wild plants to thrive. Without bees, many plants would die off, jeopardizing many sources of food.

Read More: The $29B reason why we need to invest in bees

There was no reason why so much collateral damage had to occur. Ensuring human and environmental health can and should go hand-in-hand.

Here are four things communities everywhere should be doing to both minimize the risk of Zika and save bees.

Spray Insecticides as a Last Resort

Zika is a frightening virus that has spread rapidly in Brazil, Puerto Rico, and many other countries. It’s understandable that officials would want to eradicate the threat of the disease before it had a chance to take hold, because defending public health is, after all, their number one priority.

But South Carolina had no recorded transmissions of Zika from a mosquito bite. The only case of the disease being contracted in the state occurred via sexual transmission.

Read More: What you need to know about the Zika virus
That means there was no evidence that mosquitoes were carrying Zika in the state. Plus, the primary carrier of Zika, the Aedes aegypti, is not common in South Carolina.

It’s true that Zika could mosquitos could eventually pick up the disease and begin spreading it, especially when you consider that the breeding season of mosquitoes has been extended through warm weather, and historic rainfall have increased spawning grounds. But this scenario should have been weighed against the potential negative consequences of large-scale pesticide spray.

For example, insecticides exposure can kill a range of insects, microbes, and other small organisms that serve beneficial roles. Also, humans, especially pregnant women and small children, can suffer from exposure to large-scale mosquito spray.

Rather than resort to spraying immediately, officials could have promoted other, less harmful methods such as the systematic emptying of pools of water and advising people to wear longer sleeves and avoid travel to Zika-affected regions.

If Spraying Is Needed, Make Sure Everyone Knows

If officials in Dorchester County deemed spraying to be necessary after other precautions had been taken, then before efforts were made, the town should have ensured that everyone was fully aware that chemicals were on the way. It turns out that enough time and effort weren’t put into informing people that planes would be dropping the insecticides on the appointed date.

As a result, many beekeepers had no idea it was coming and had no time prepare for it.

"There are 'no spraying' signs all over my property," said beekeeper Juanita Stanley, who lost more than 3 million bees. "But my bees were poisoned from the sky."

“This is crazy,” she said. “It's like using a sledgehammer to crack a peanut. The devastation that it has already caused is beyond comprehension. We can't live without these honeybees."

A thorough media campaign could have been deployed to inform citizens and state officials could have specifically contacted beekeepers and other vulnerable parties.

Also, smaller, more targeted operations could have been conducted to prevent collateral damage. Aerial spraying is, as Stanley said, like cracking a peanut with a sledgehammer.

Scientists are furiously working to develop vaccines and medicines for Zika virus. In the US, a bill was just blocked that would have provided necessary funds. Ensuring this money is corralled should be the priority of all legislators, because it’s the best long-term solution against Zika.

The Zika Virus has been heavily abetted by climate change. Rising temperatures extend the mosquito season and the increased the likelihood of extreme rainfall makes it easier for mosquitoes to spawn and spread disease.

Working productively with other countries to deal with climate change should be a priority of any politician concerned about mosquito-borne diseases.

This means investing in renewable energy, moving away from fossil fuels, helping places that are vulnerable to climate change prepare for the consequences, and many other things.