Some advice for World Water Week. 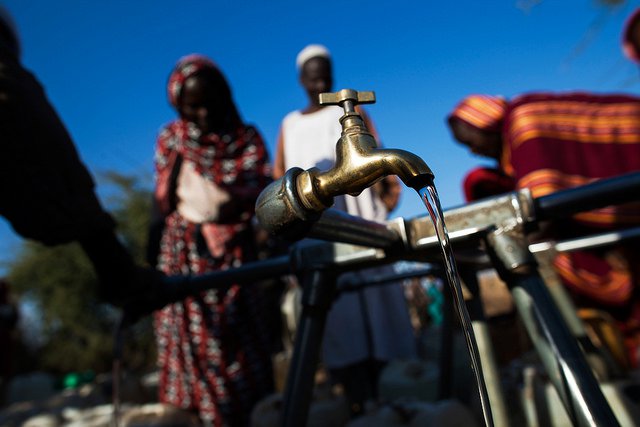 Internally Displaced Persons (IDPs) at the Nifasha Camp in North Darfur, have access to water only two hours in the morning, not enough time for all to be fully provided. The last drops of the morning coming out of a tap at a water access point in the camp. UN Photo/Albert González Farran 15 January 2014 Shangil Tobaya, Sudan Photo # 577171
UN Photo/Albert González Farran

With severe droughts in Puerto Rico and California, damaging floods in Myanmar, and the ongoing global energy-water crisis, we are living on a planet that is under increasing water stress.

There are roughly 1.1 billion people worldwide lacking access to water, with about a billion more finding a clean water source only once a month. This is incredibly problematic for societal development. It impedes sanitation efforts, discourages economic growth, and impacts educational attainment. With this in mind, it is vital that world leaders call for proper water management, as it is a prerequisite for development. 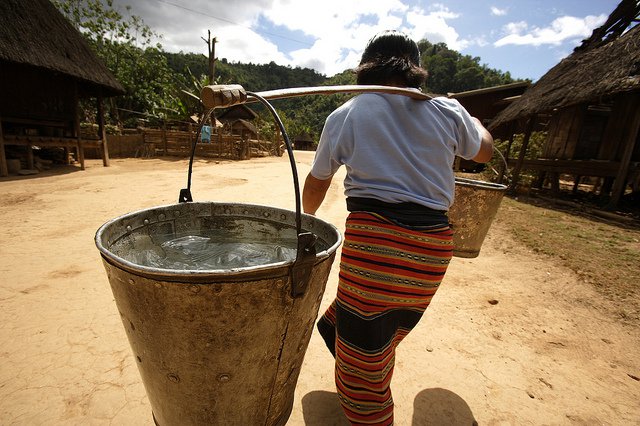 A woman carries heavy buckets of water back from a standpipe in Loas.
Image: Jim Holmes for AusAID.

World Water Week begins Sunday, August 23rd in Stockholm with the theme “Water for Development.” This year the conference will focus on the role water plays in achieving the UN’s newly adopted Global Goals.

In anticipation of “World Water Week,” The Stockholm International Water Institute (SIWI)  initiated a campaign where they collected over 150 water conservation ideas from around the world to get people thinking creatively about water. Below are just a few of the most popular submissions that I found particularly interesting. Throughout the week, you can go onto SIWI’s website to vote on which idea you think is best.

On average, a vegan (a person who doesn't eat meat or dairy) indirectly consumes nearly 600 gallons of water per day less than a person who eats the average American diet. By choosing to eat less meat we can significantly reduce the amount of water consumed, while improving our eating habits. Everyone wins!

The waterless toilet is an effective tool for developing countries because it provides sanitation with little infrastructure, particularly in regions prone to droughts. For additional cool points, it offers a way to eliminate pollution in freshwater sources.

3. Sari as a Water Purifier

Dr. Rita Colwell of the University of Maryland made a connection between water and the use of sari cloth as water filters. When folded over four times, the fabric creates a mesh filter with pores large enough to trap bacteria. This is a simple, yet inexpensive technique to clean water!

Much of the world’s water is salty— as much as 97%. Through the desalination process, salt can be removed making water from the sea drinkable. By encouraging desalination as a resource for water scarce regions, we can greatly improve the quality of water.

Although these are creative recommendations, there is one more thing you can do that is not on this list. With the adoption of the Global Goals this September we urge you to encourage leaders to include a hygiene indicator in Goal #6 as a way to measure the impact of hygiene and handwashing efforts. In order to achieve tangible outcomes, we MUST be able to measure our impact!

SIWI is one of the key influencers in the movement to make positive policy actions towards water-related challenges. SIWI hosts the annual World Water Week, which engages experts, decision-makers, and innovators to come together and think creatively about water policy. Yearly the event attracts over 2,500 participants and 200 collaborating organizations from over 130 countries over the world.

TAKE ACTION NOW by Tweeting at Italy and the Philippines to ensure that a hygiene indicator is included in the Global Goals!