Migrants and refugees stand on the deck of the rescue vessel after being rescued on the Mediterranean Sea, June 16, 2017.
Emilio Morenatti/AP
NewsDemand Equity

For 4th Straight Year, 3,000 Migrants Have Drowned in Mediterranean Sea

For many of the world’s most desperate people, Europe seems like the best hope for safety.

Getting there, however, can be a life or death gamble, especially if that route passes through the Mediterranean Sea, a channel of water once viewed as a paradise getaway that’s now a bay of bodies.

For the fourth straight year, more than 3,000 refugees and migrants have drowned in the sea that separates Africa and Europe, according to the UN’s International Organization for Migration (IOM).

Since an October 2013 shipwreck killed more than 360 people, the total number of people who have perished in the Mediterranean Sea has now surpassed 15,000, accounting for more than half of all migrant and refugee deaths during this time, the IOM reports.

Some of these stories, including the death of the Syrian infant Alan Kurdi, have elicited global empathy. Most people, however, passed with little fanfare. 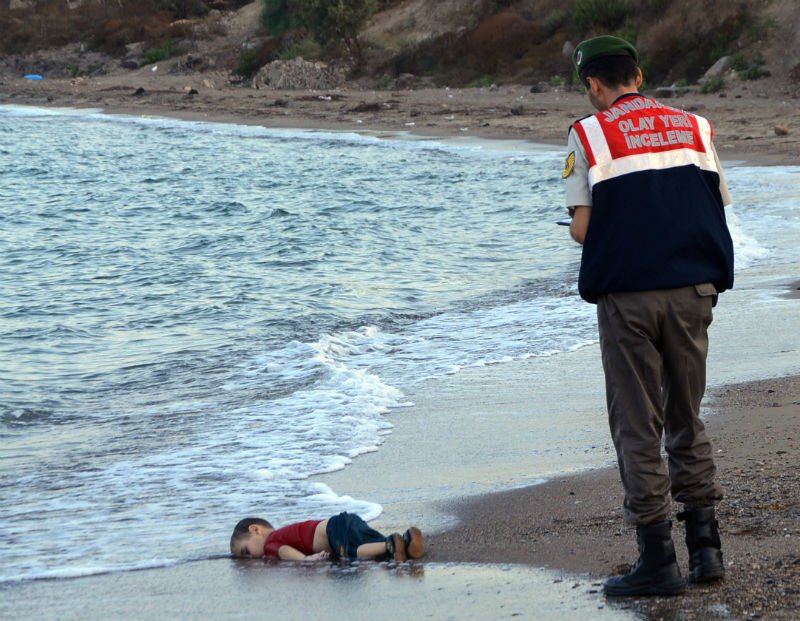 The IMO honored those who died this year by calling for global action.

“We’ve been saying this for years and we’ll keep on saying it: It’s no longer enough to simply count these tragic statistics. We must also act,” said William Lacy Swing, IOM Director General, in a press conference.

“This latest news, coming on the heels of all we have learned of open slave markets in Libya, the deprivation we see of those held by smugglers en route to the Mediterranean coast, and the difficult conditions of Libyan detention centres, all demand our attention,” he said.

Migrants and refugees often turn to the Mediterranean Sea as a last resort in their journey to Europe, where people seek physical safety and economic opportunity, according to the UNHCR, the UN’s refugee agency.

From start to finish, the journey is bracketed by death.

Generally, migrants and refugees fleeing dangerous or difficult circumstances pay smugglers who transport them to the shores of Libya, where they are abused and crammed into poorly ventilated spaces. After a period of waiting or after ransoms are sorted out, migrants and refugees are packed onto flimsy boats that set sail for Europe.

Some boats make it to the coasts of Italy, Greece, or Spain, where exhausted passengers scramble for the shore and begin a whole new journey.

Read More: A Migrant Child Is Exploited Every 30 Minutes Trying to Reach Safety in Europe

The majority of the boats run out of fuel, become inundated with water, capsize, or fail in some other way, causing people to fall into the water, according to the UNHCR.

Overall, the number of refugees and migrants who are traveling across the Mediterranean has declined in 2017. More than 1 million people crossed the sea in 2016, compared to 216,000 this year, according to UNHCR.

That decline is a cold comfort, however. It’s not that there are fewer migrants and refugees desperate for help in the world. Instead, the European Union has stepped up efforts to deter transportation across this channel.

Many of the people who had intended to make the trip are now trapped in Libya, where there is a burgeoning slave market. Others are stranded in refugee camps or in countries with little opportunity.

There are currently 65.6 million displaced people in the world, the highest amount in recorded history. Global Citizen campaigns on helping refugees and you can take action on this issue here.

One positive development, spurred by growing awareness of Libya’s slave market, is a new transit center being developed by Libyan authorities in conjunction with the UN. Ultimately, the aim is to not just deter risky Mediterranean travel, but to help refugees resettle and end the slave market.

“We hope that thousands of the most vulnerable refugees currently in Libya will benefit from this forward-looking initiative,” said Roberto Mignone, Libya Representative of the UNHCR, in a press release.

TopicsCurrent eventsCitizenshipUnited NationsRefugeesMigrantsMediterranean SeaDrowningsLibyaItalyDeathItalian coast guard
Migrants and refugees stand on the deck of the rescue vessel after being rescued on the Mediterranean Sea, June 16, 2017.
Emilio Morenatti/AP