The camera loves you, Delhi.

Global Citizen is featuring the photography of Jamie Manley, a clean energy advocate and avid photographer who recently finished a yearlong fellowship developing solar energy projects in India with the International Innovation Corps.

The third and final installment in this series features 24 of Jamie's most eye-catching and impressive photos of everyday life in Delhi, India's vibrant and sprawling capital territory. Scroll down to experience the flavor of this one-of-a-kind metropolis. And don't forget to check out parts one and two of Jamie's India-themed photo essay series. 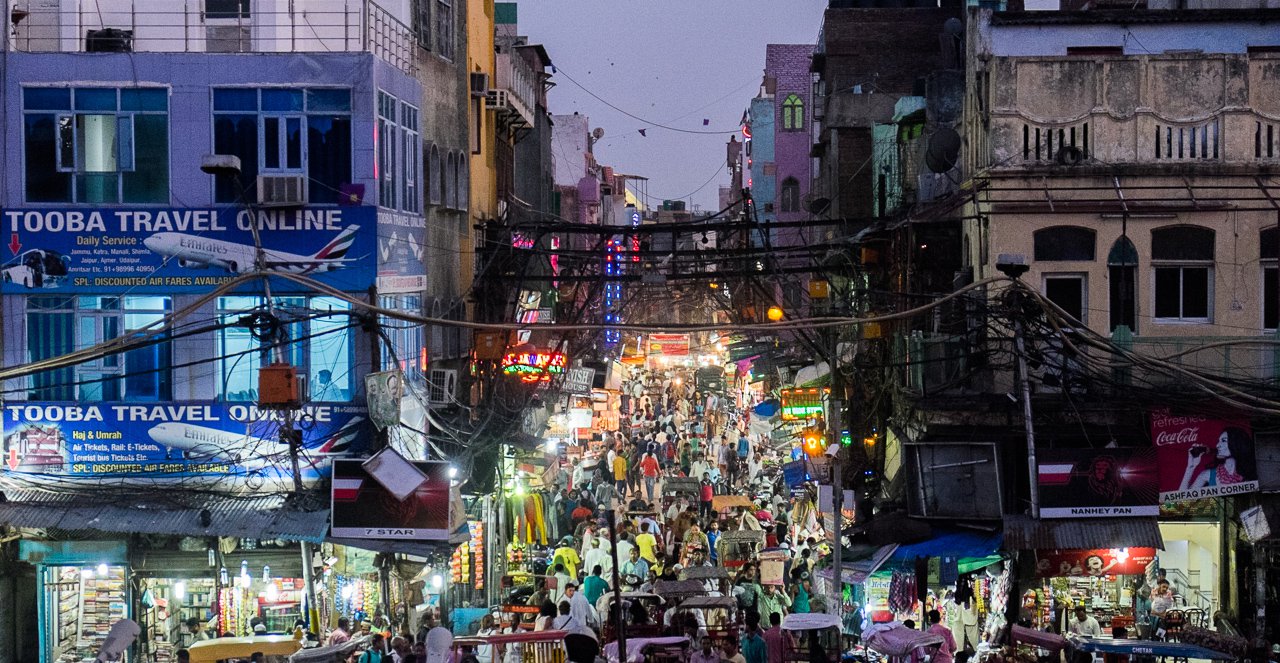 One of the busiest streets in Old Delhi, near the gate of Jama Masjid. 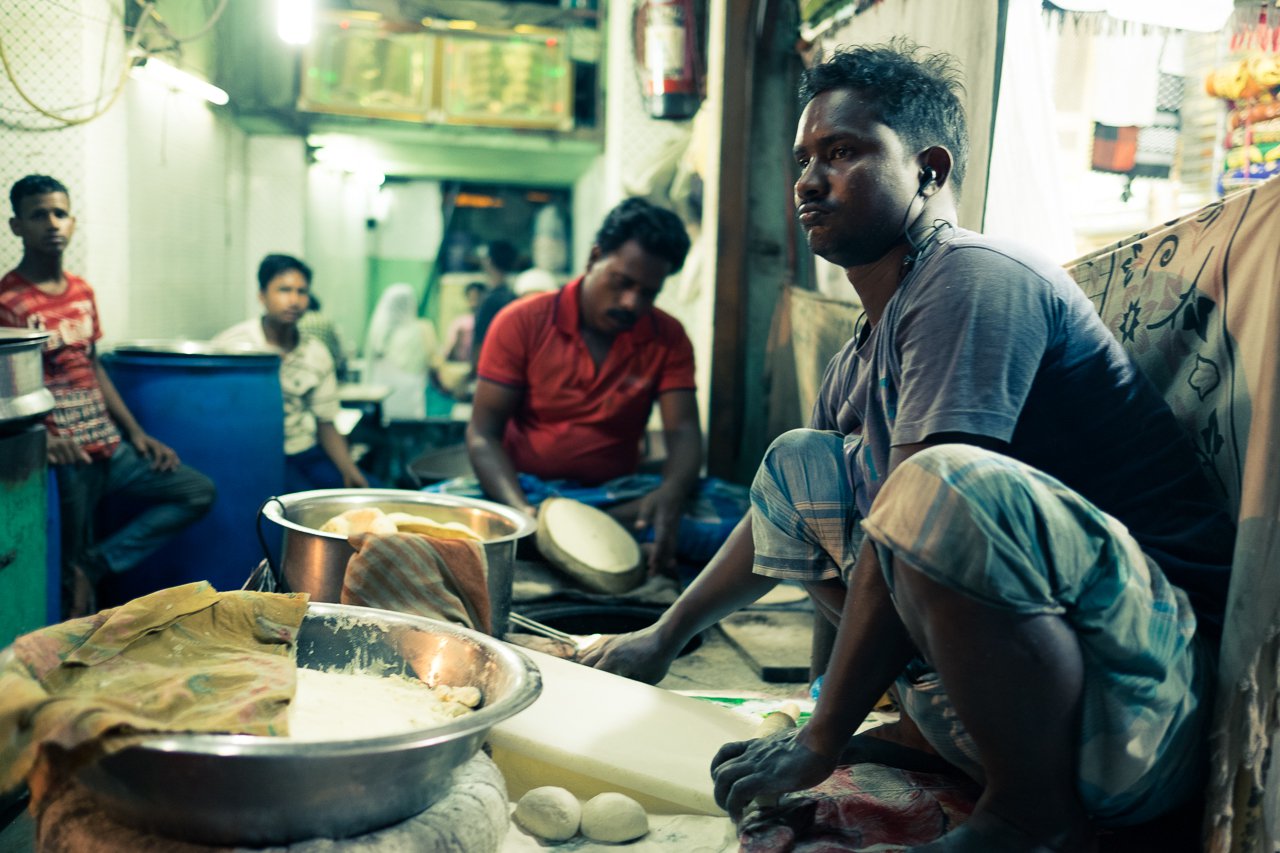 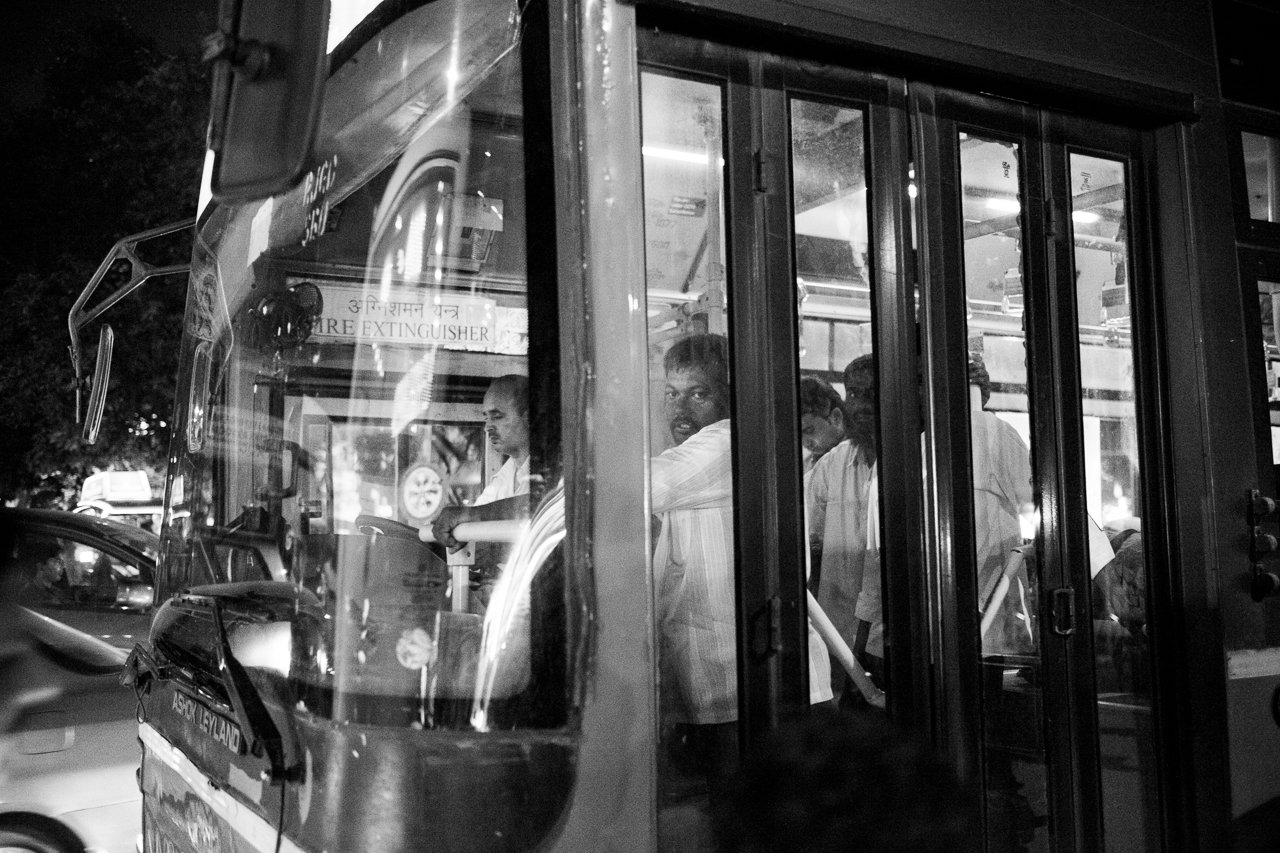 A man boards a bus in Delhi. 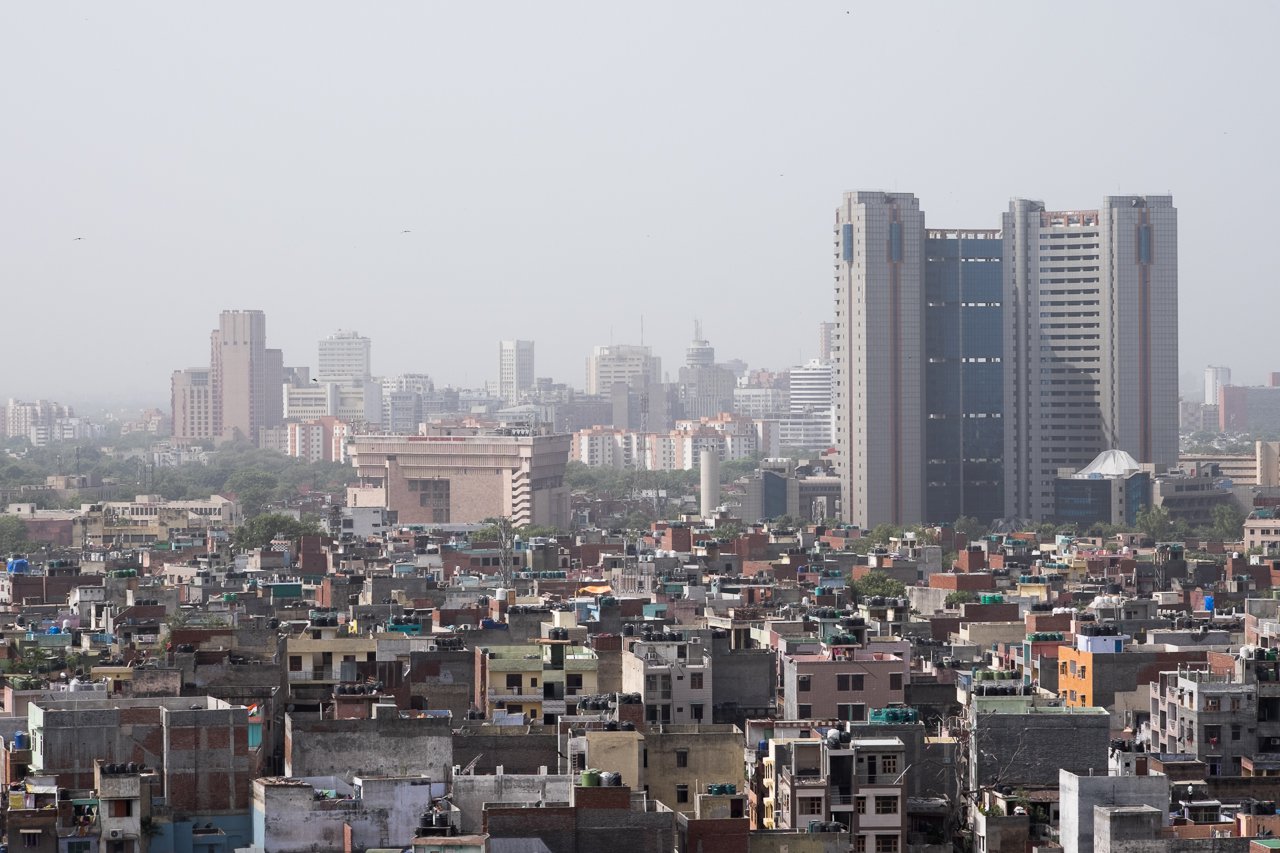 Connaught Place is the only area in Delhi that resembles a downtown, but the skyline is underwhelming for a city of 20 million people. 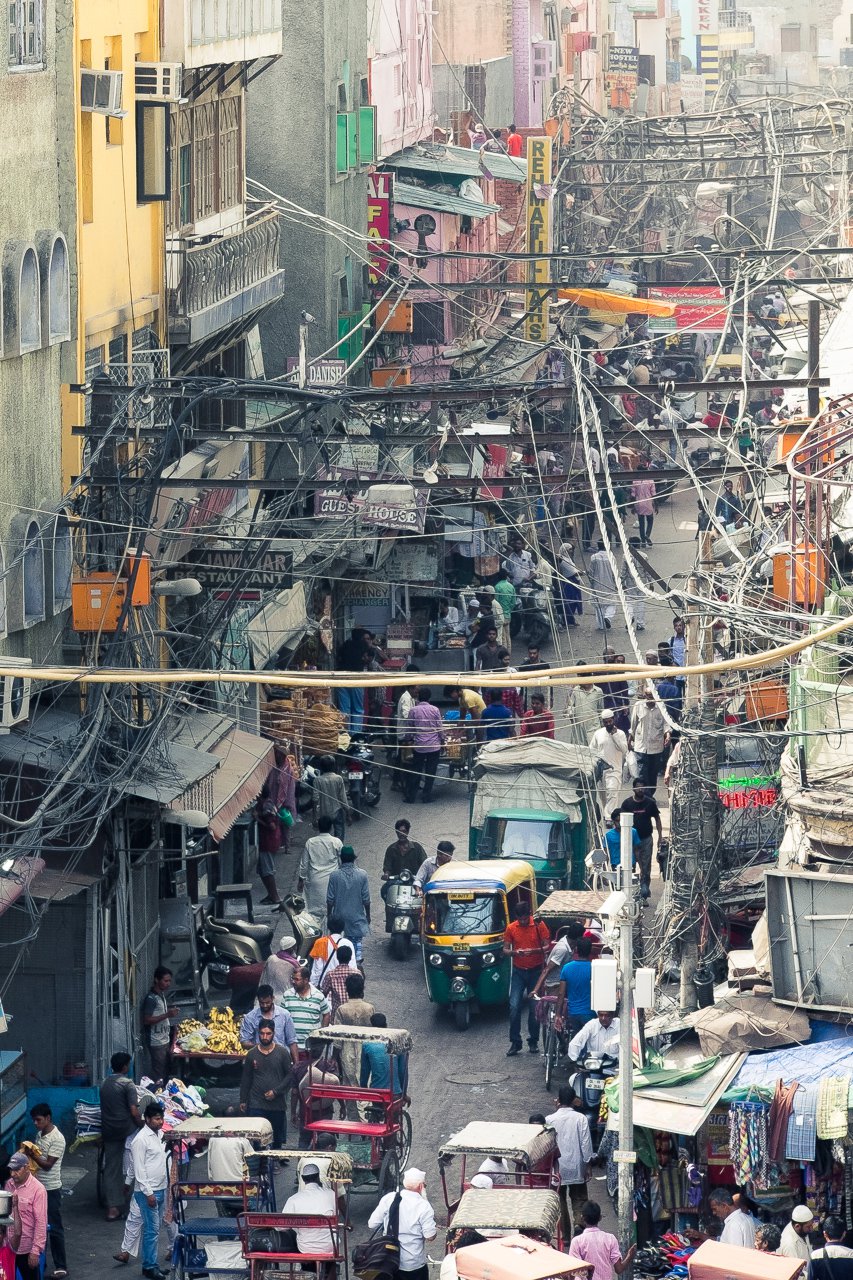 A busy street across from Jama Masjid in Old Delhi. 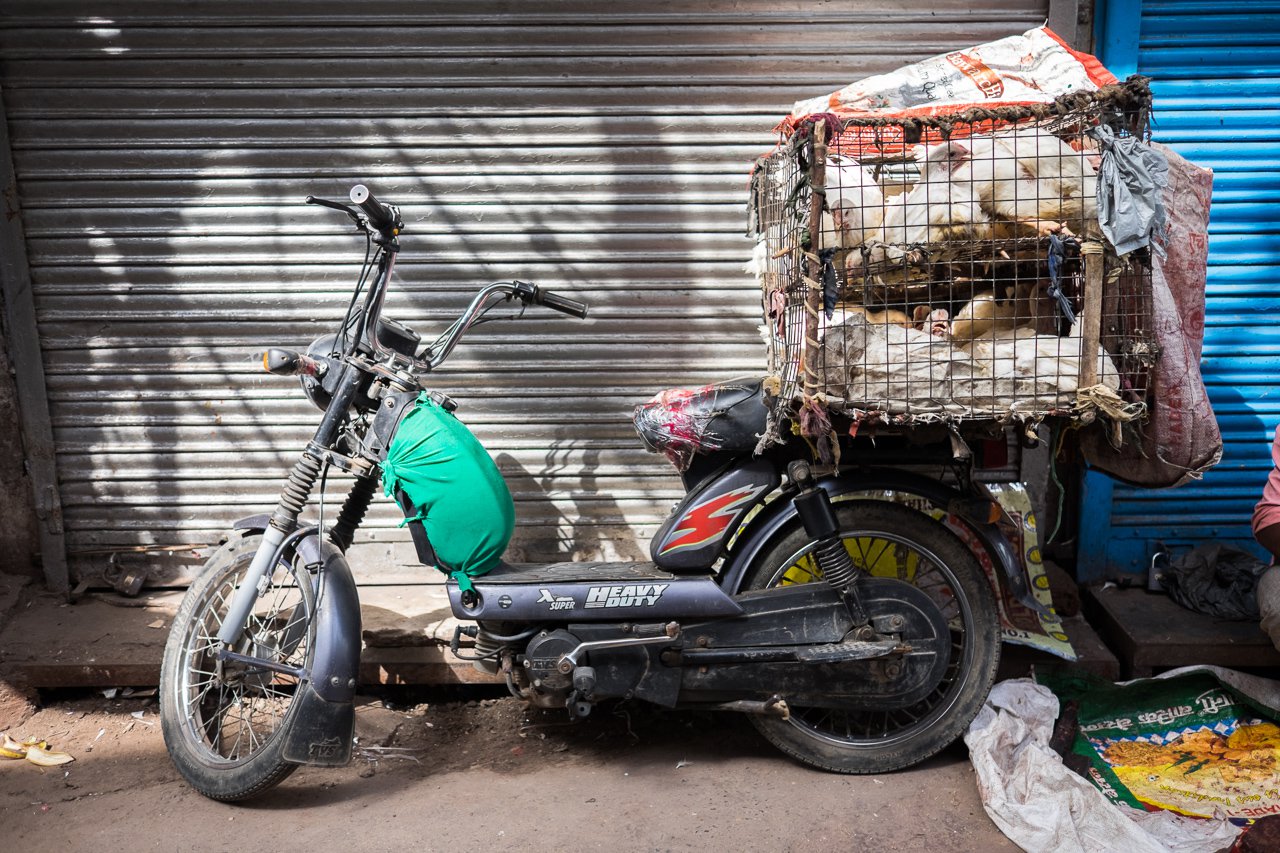 Chickens with wheels in Old Delhi. 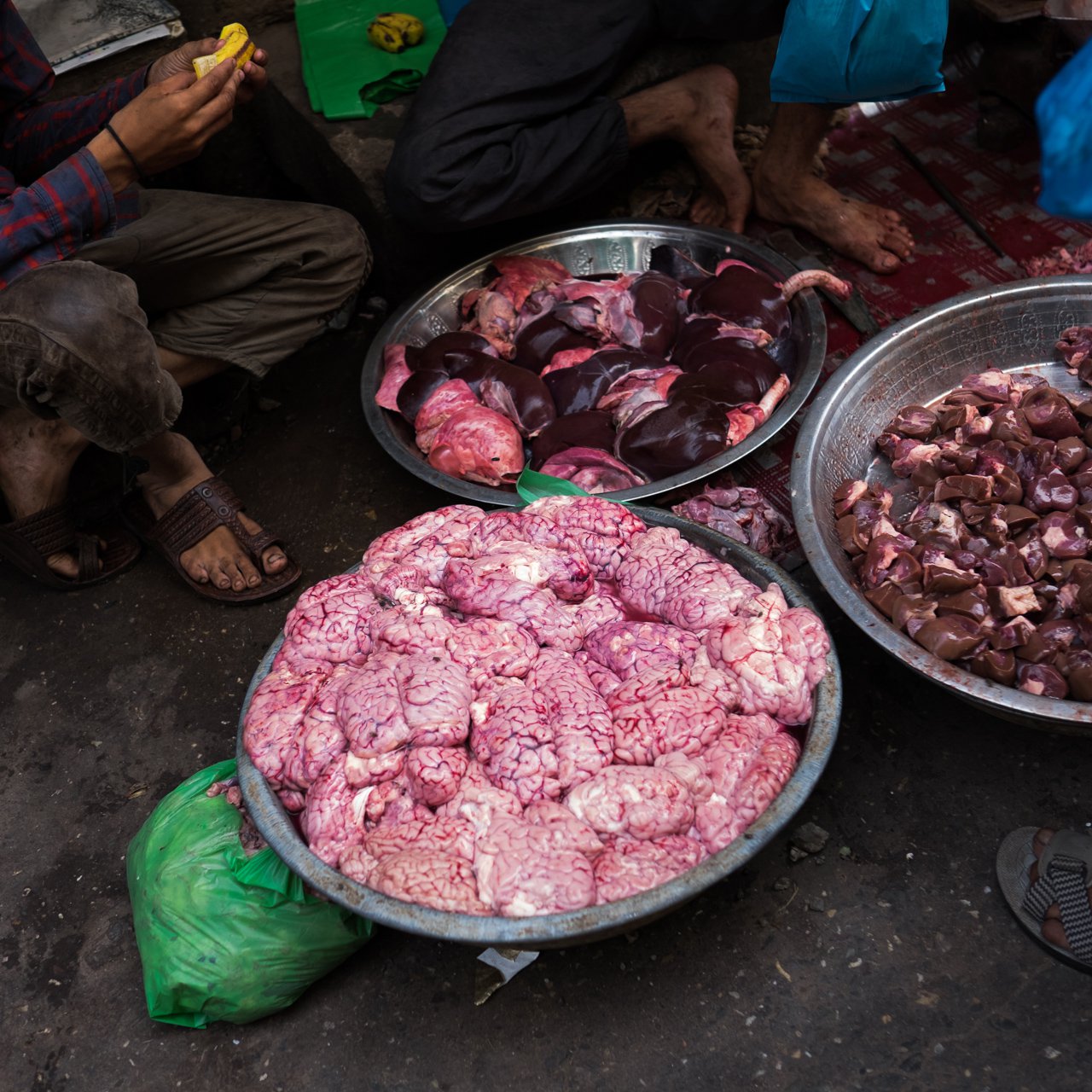 People ask me why I became a vegetarian in India... 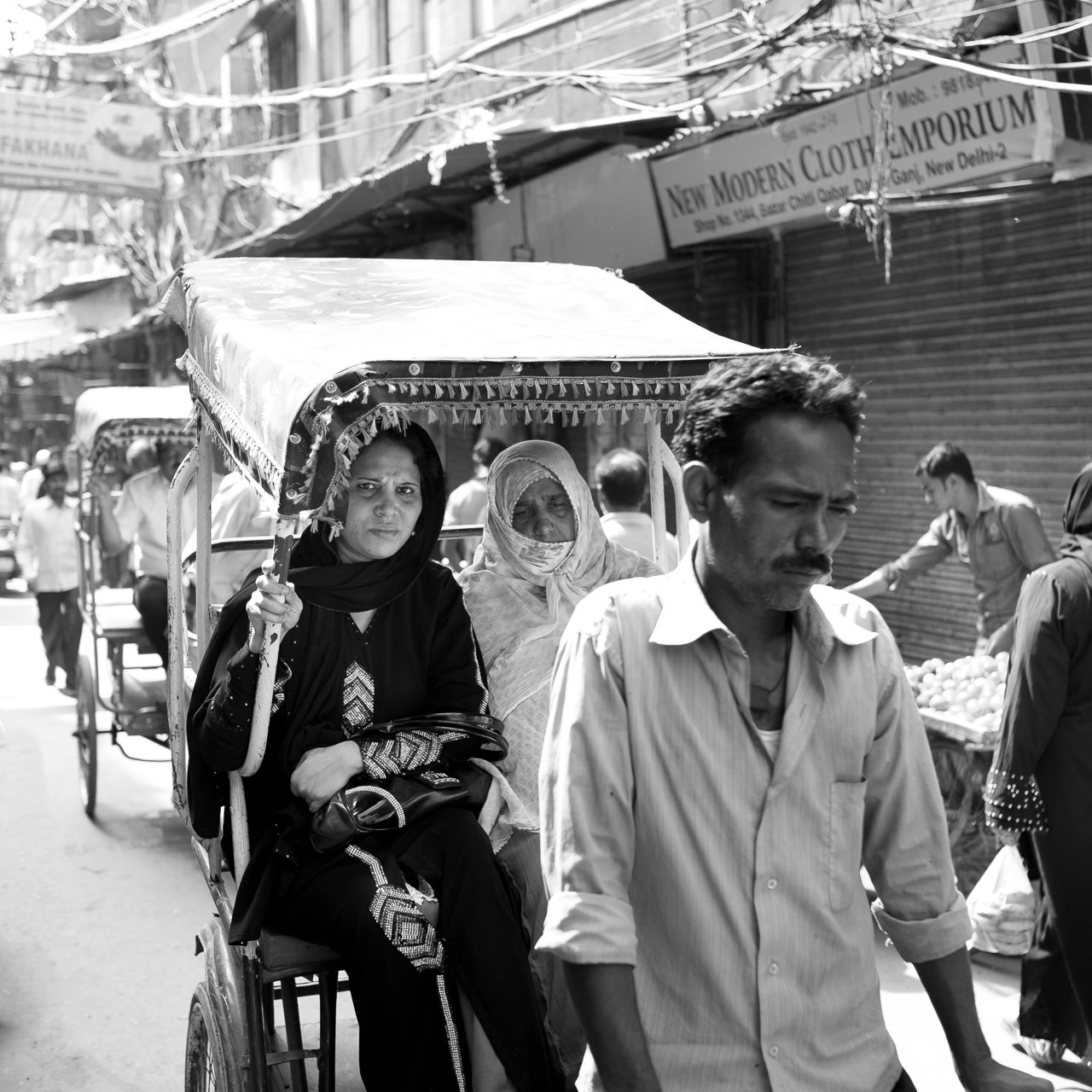 Women in the back of a bicycle rickshaw in Old Delhi. 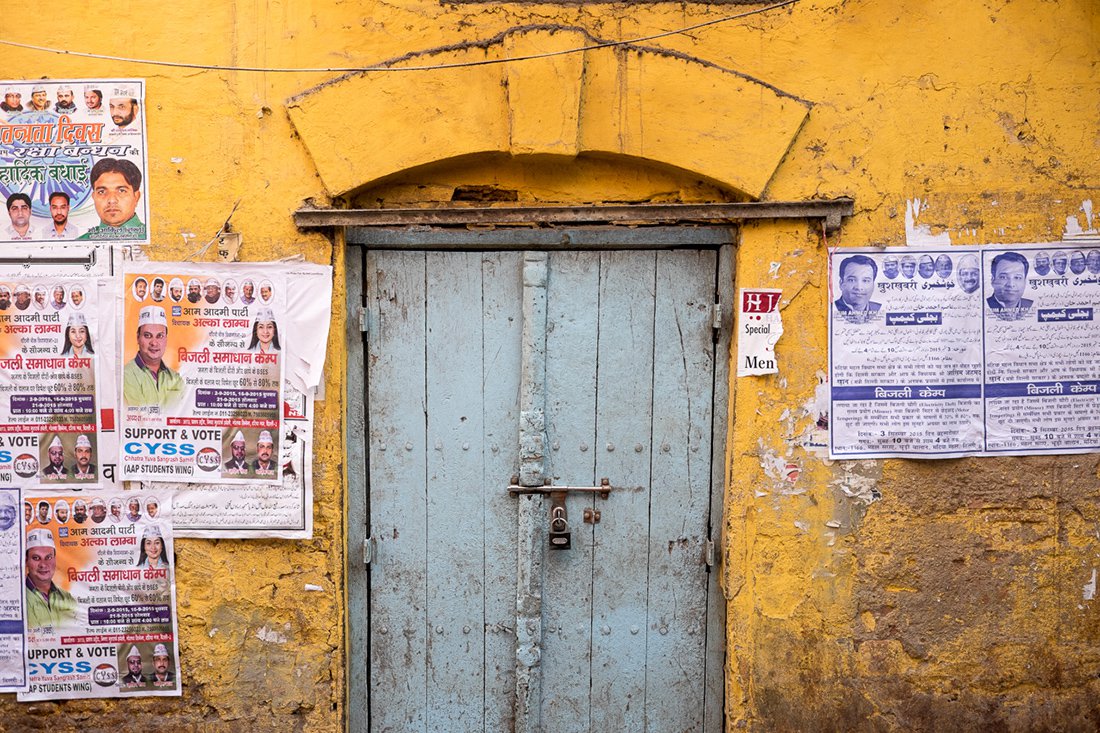 A wall filled with political posters in Old Delhi. 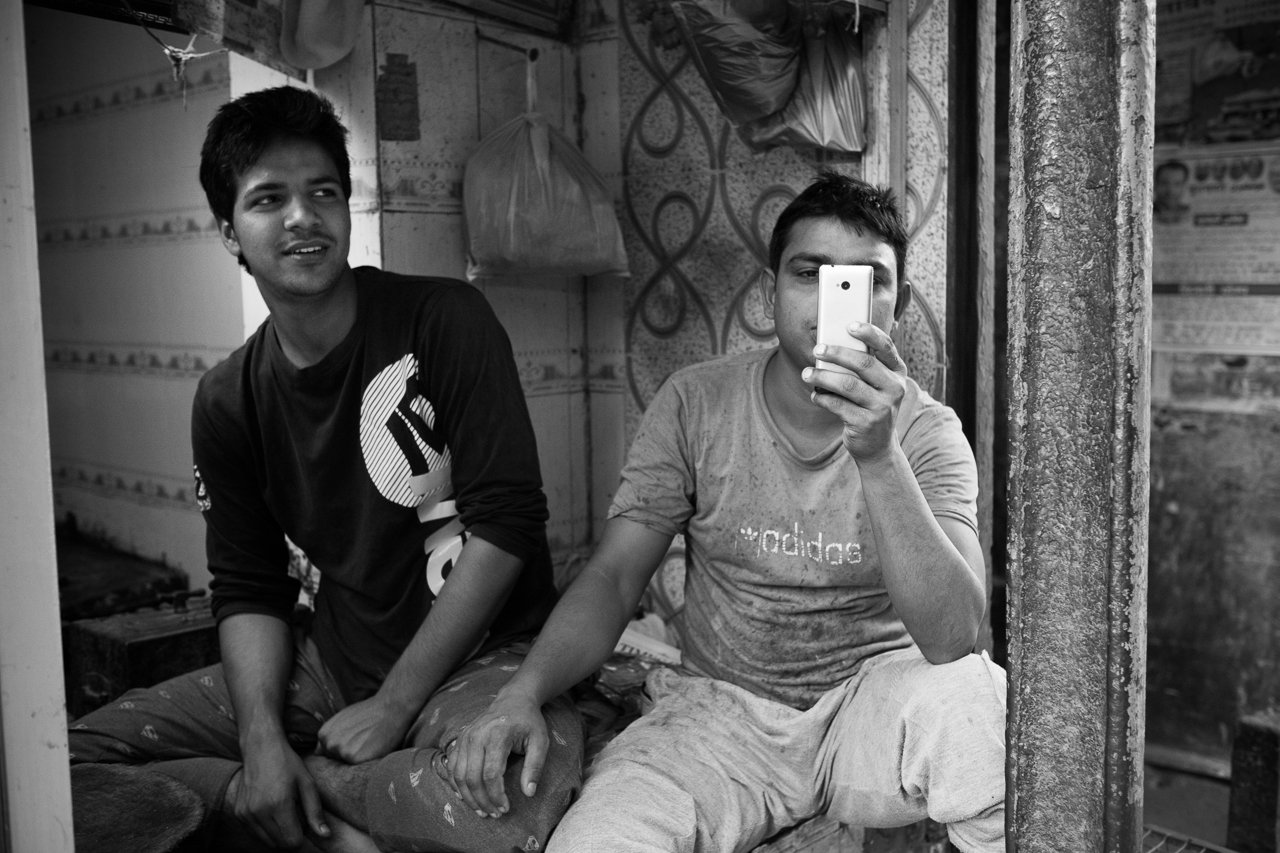 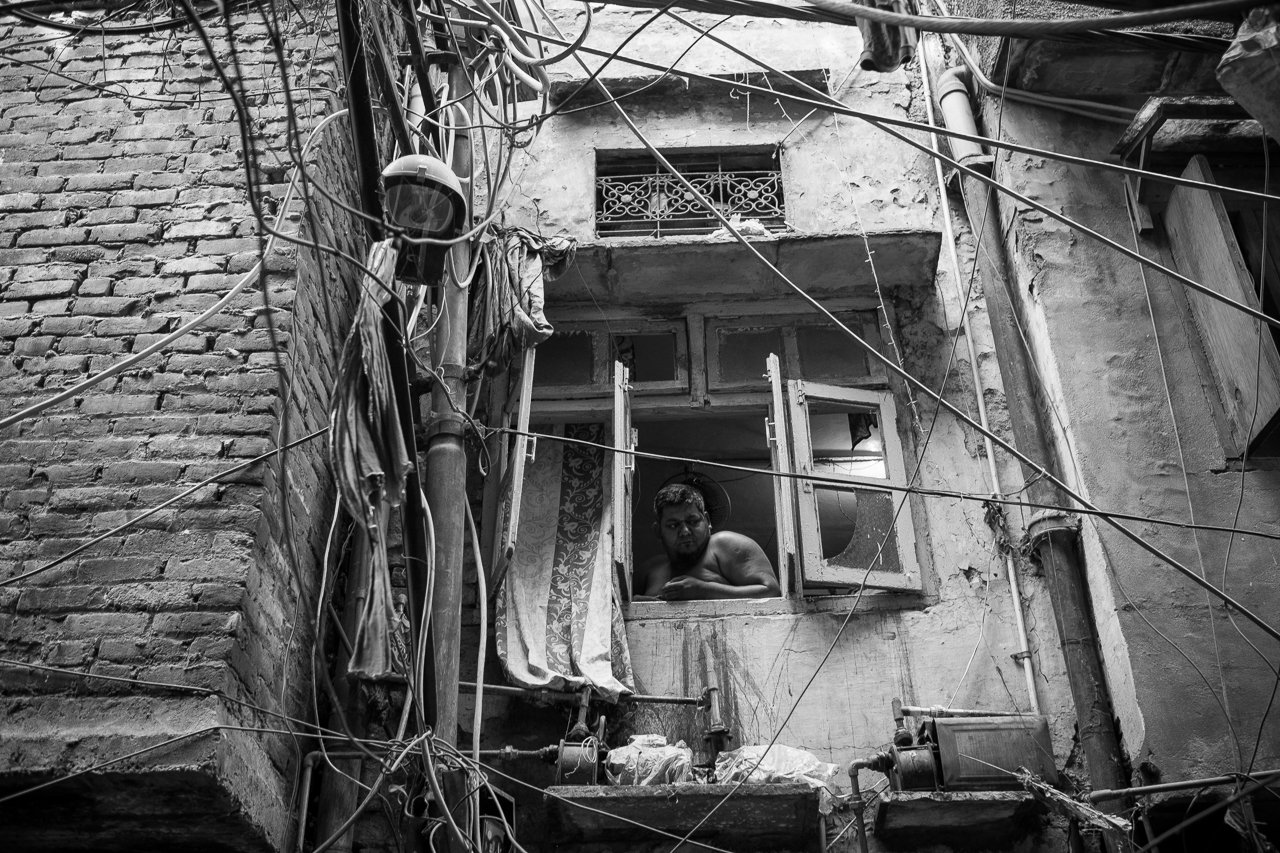 A man peeks out over the alleyways below in Old Delhi. 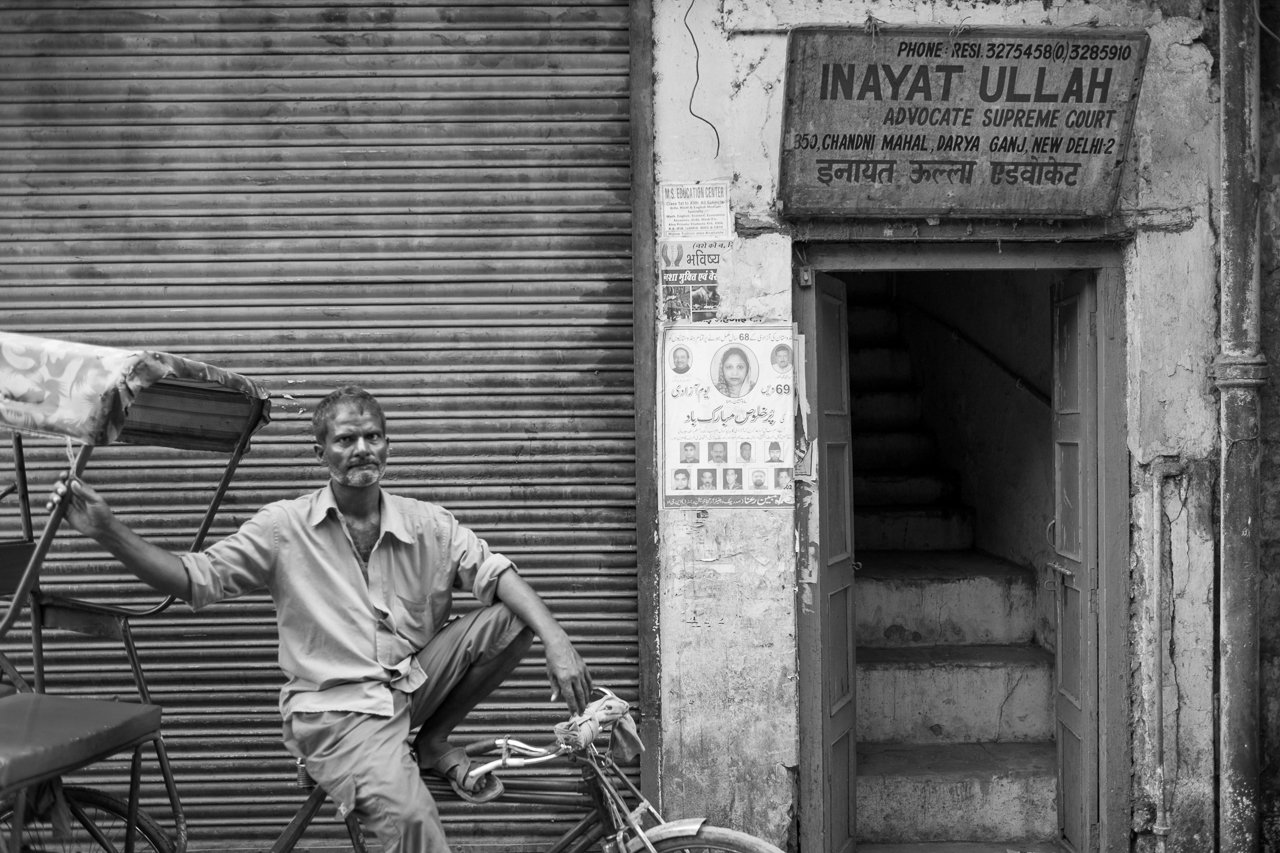 A rickshaw driver waits outside a law office in Old Delhi. 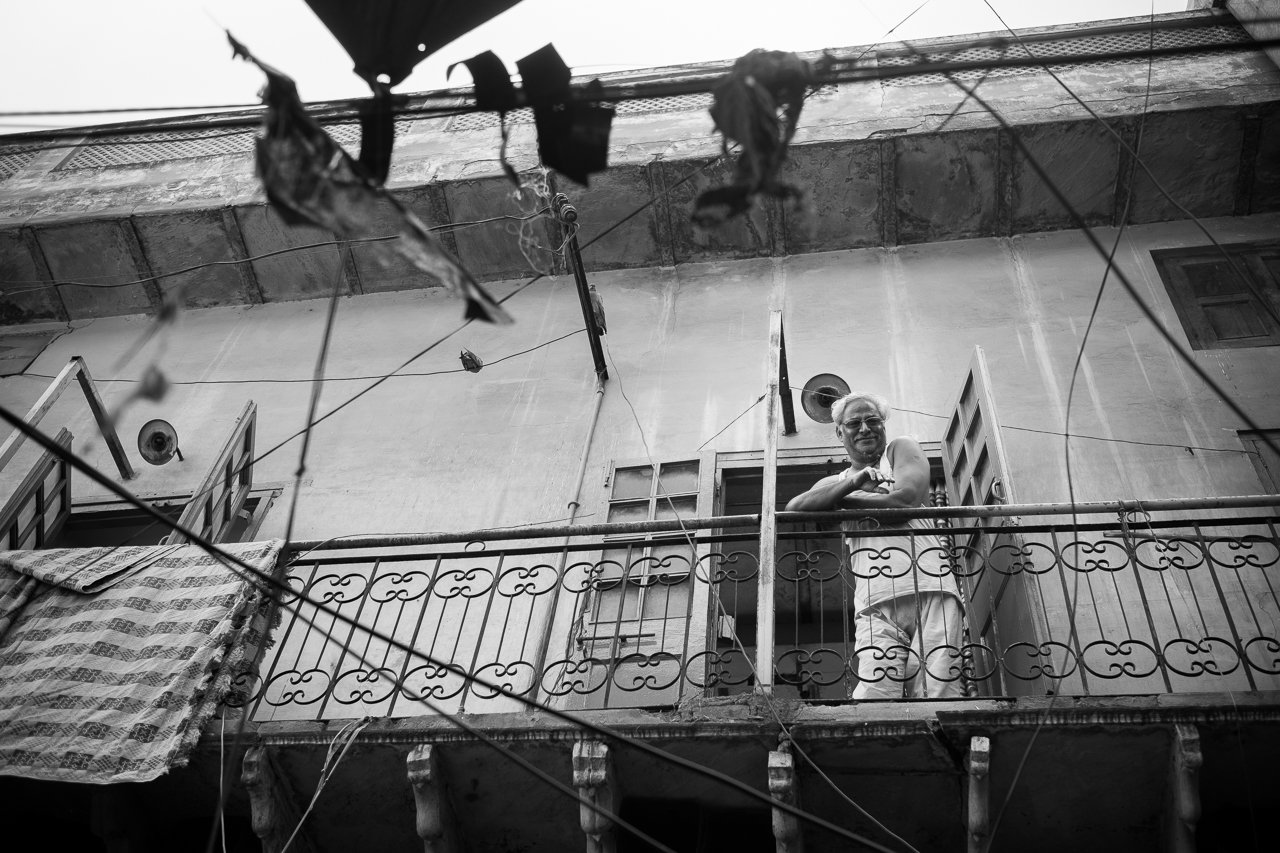 A man looks out over the alleyway in Old Delhi. 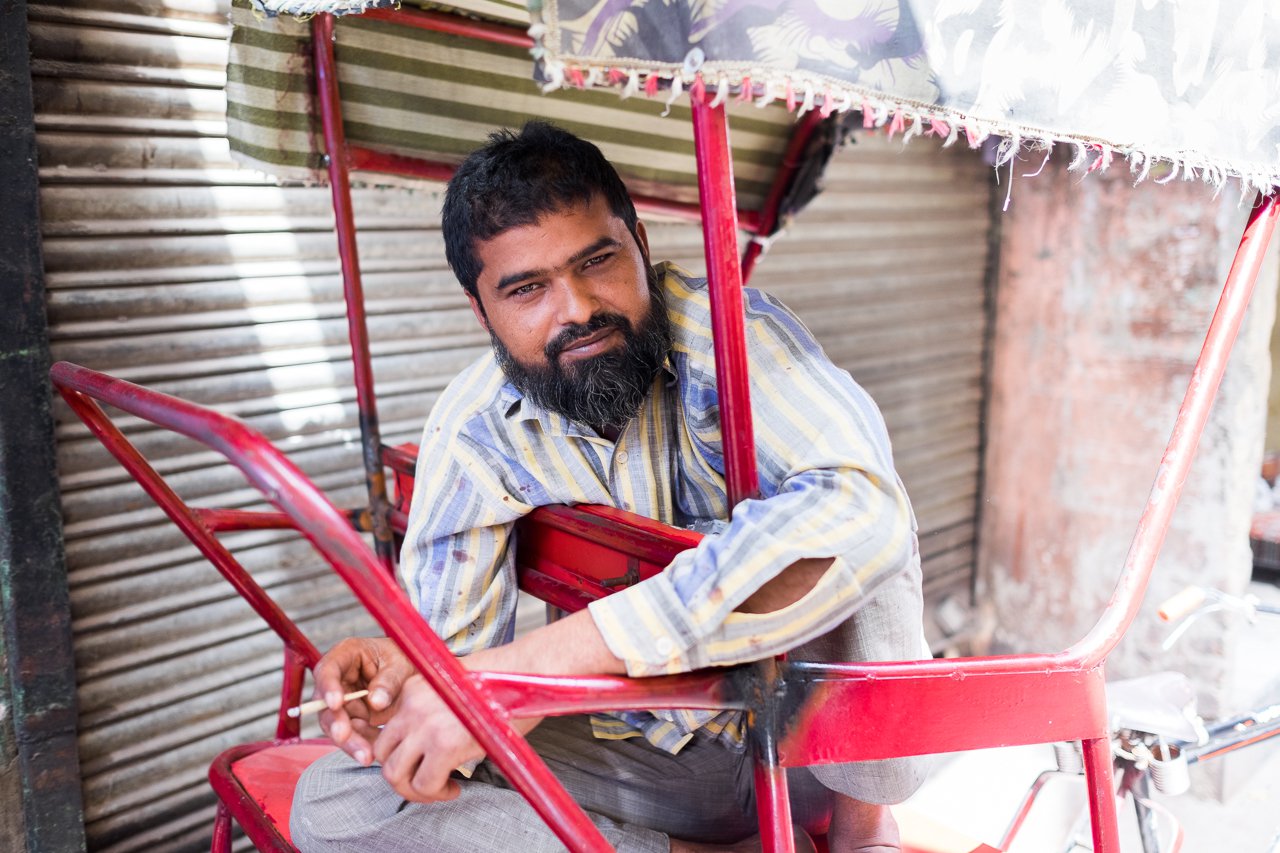 A cycle rickshaw driver rests on the side of the road in Old Delhi. 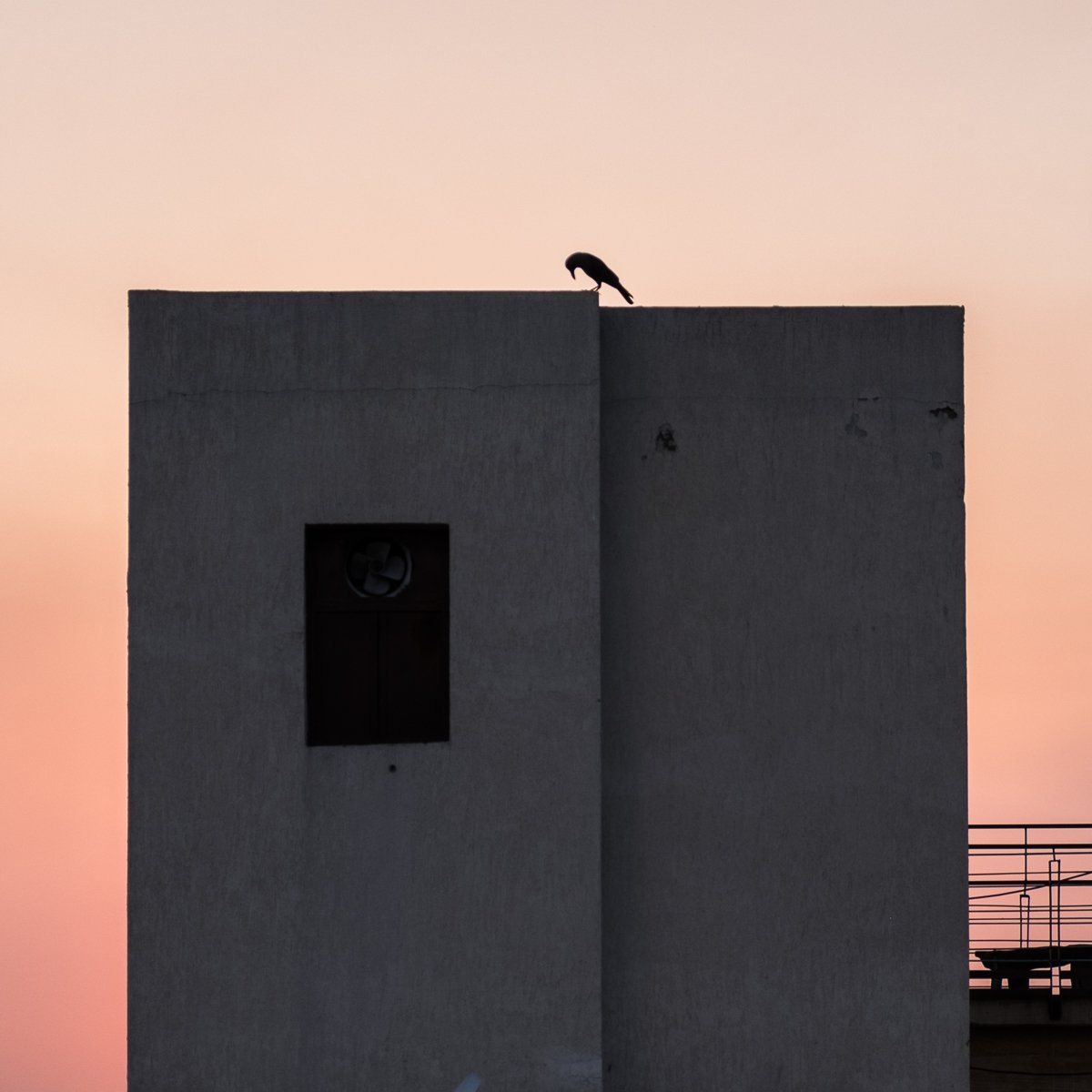 A bird sits atop an apartment building in Green Park, Delhi. 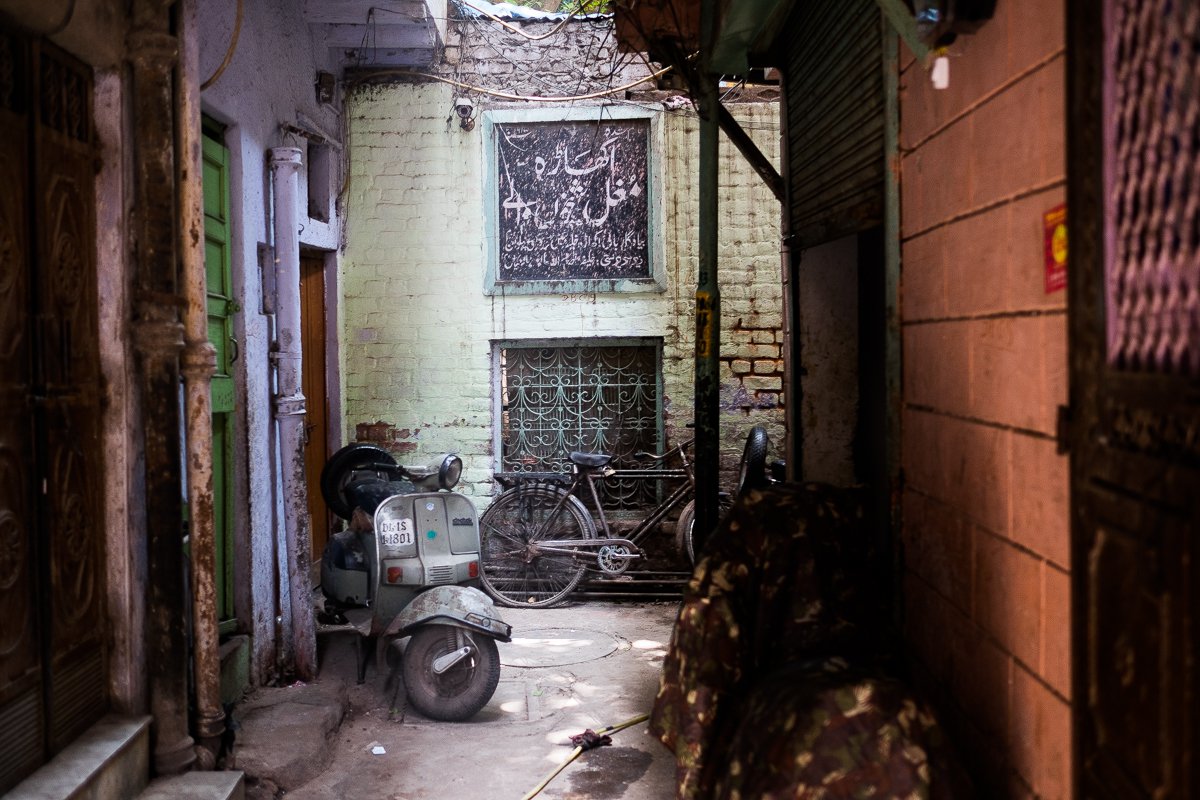 One of the many crowded alleyways in Old Delhi. 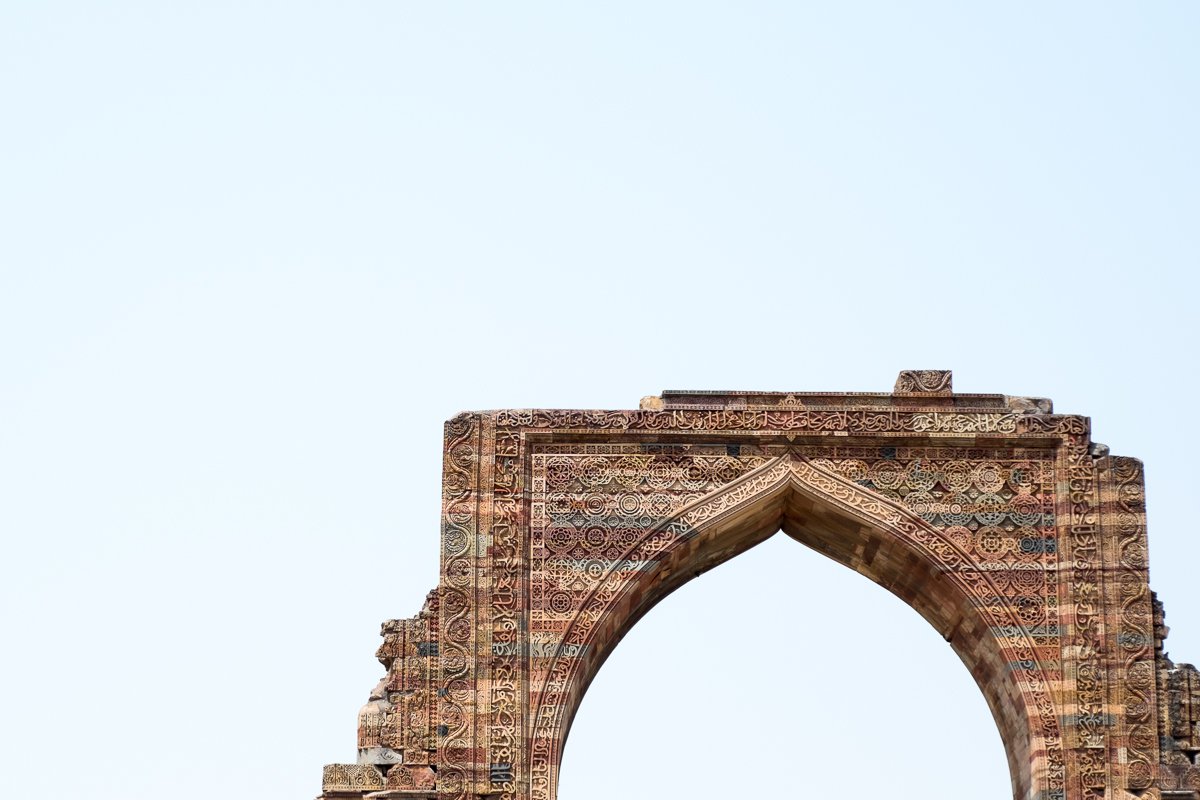 An engraved arch at the Qutub Minar in Delhi. 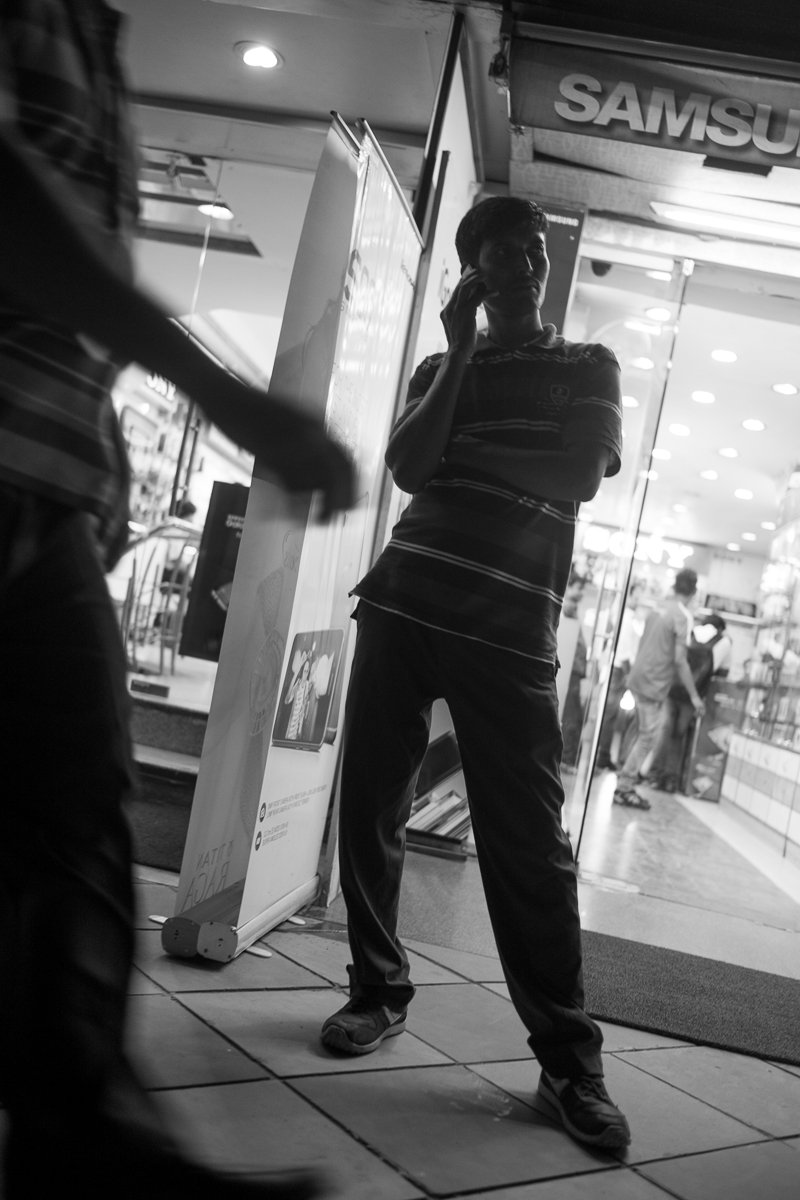 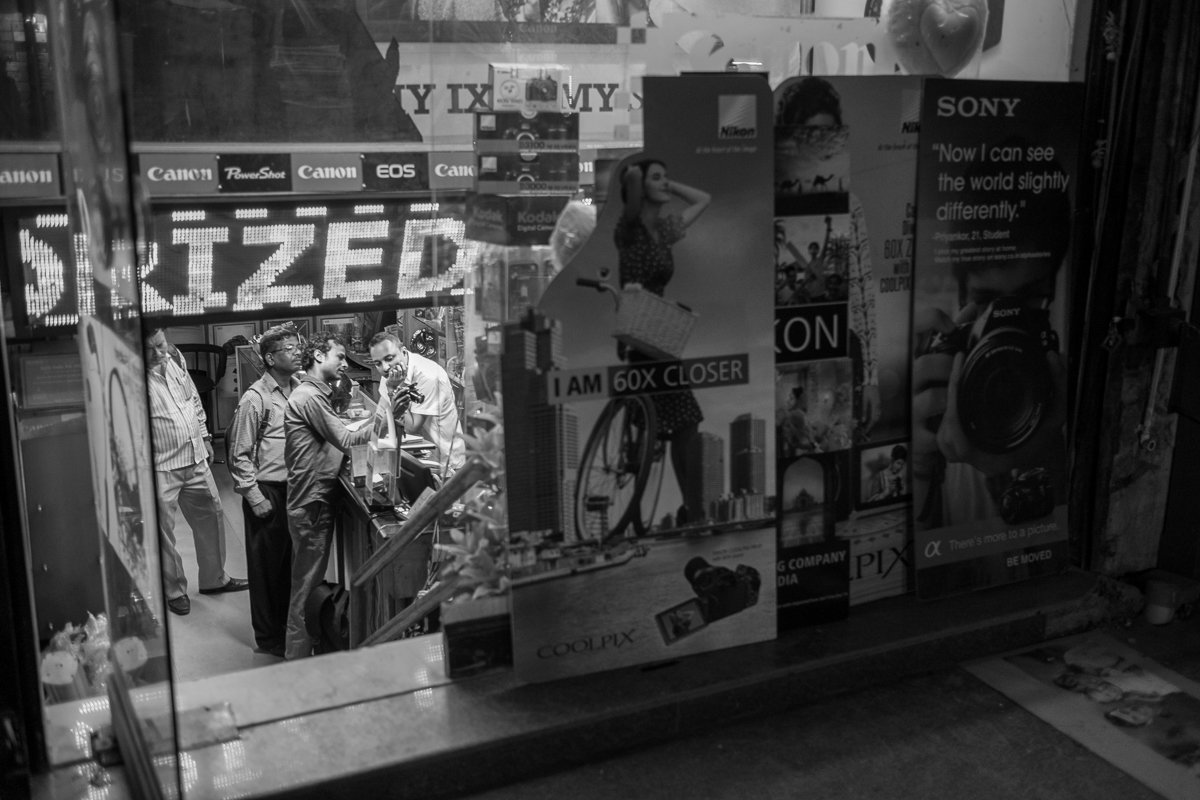 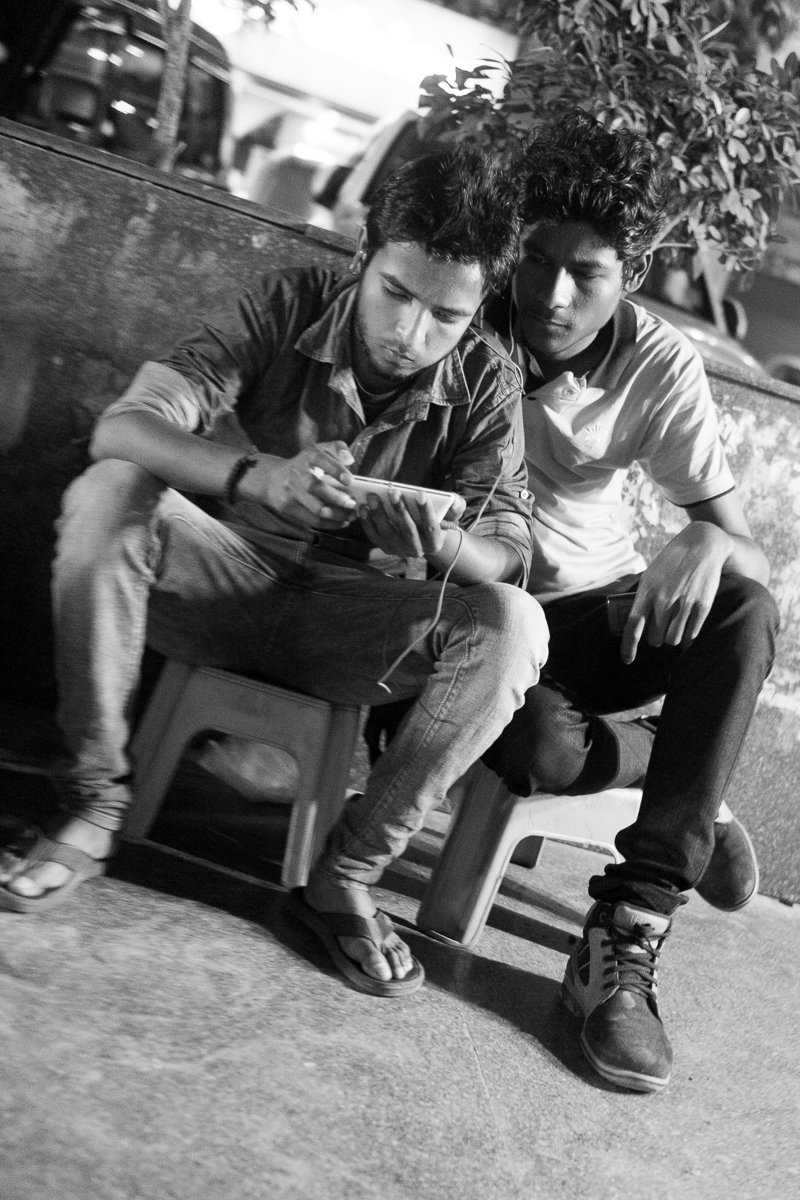 Men watching something on a smartphone. 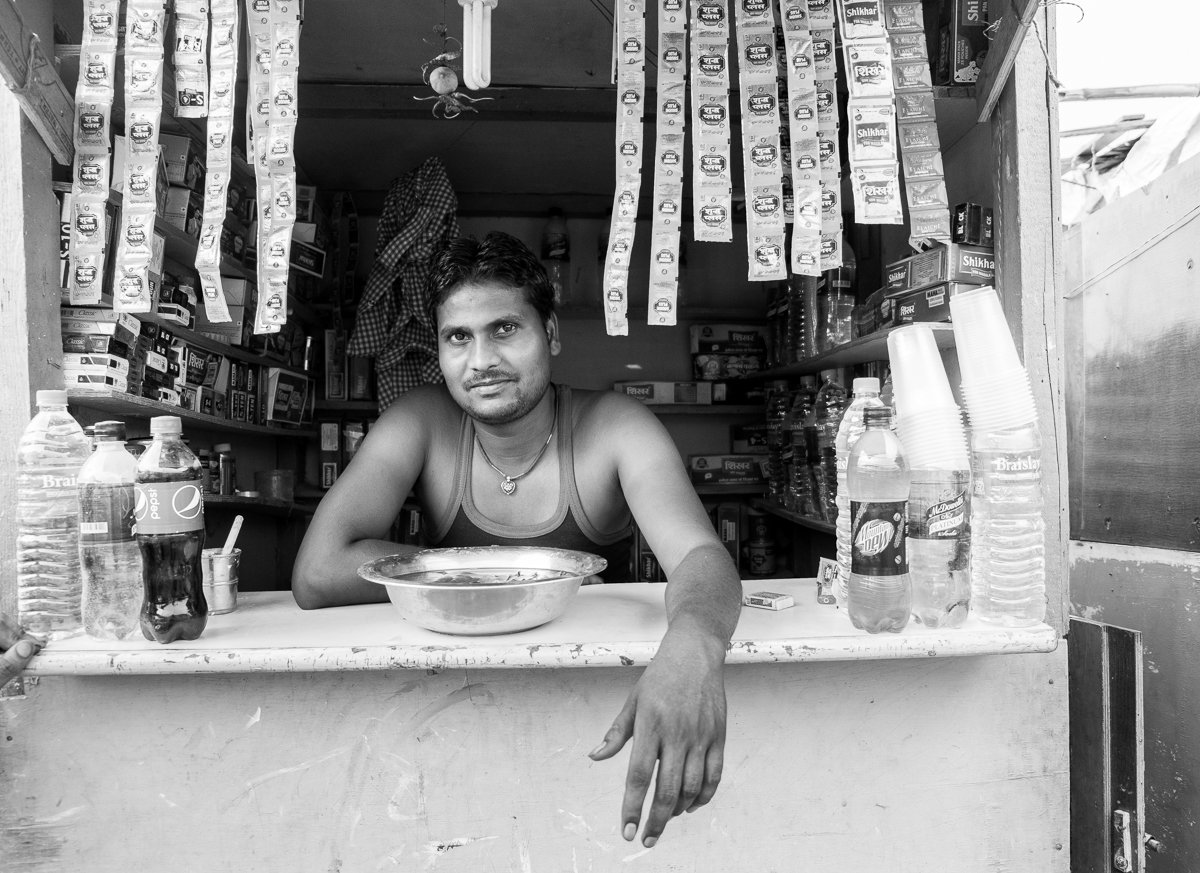 A small convenience shop in a shantytown in Gurgoan. 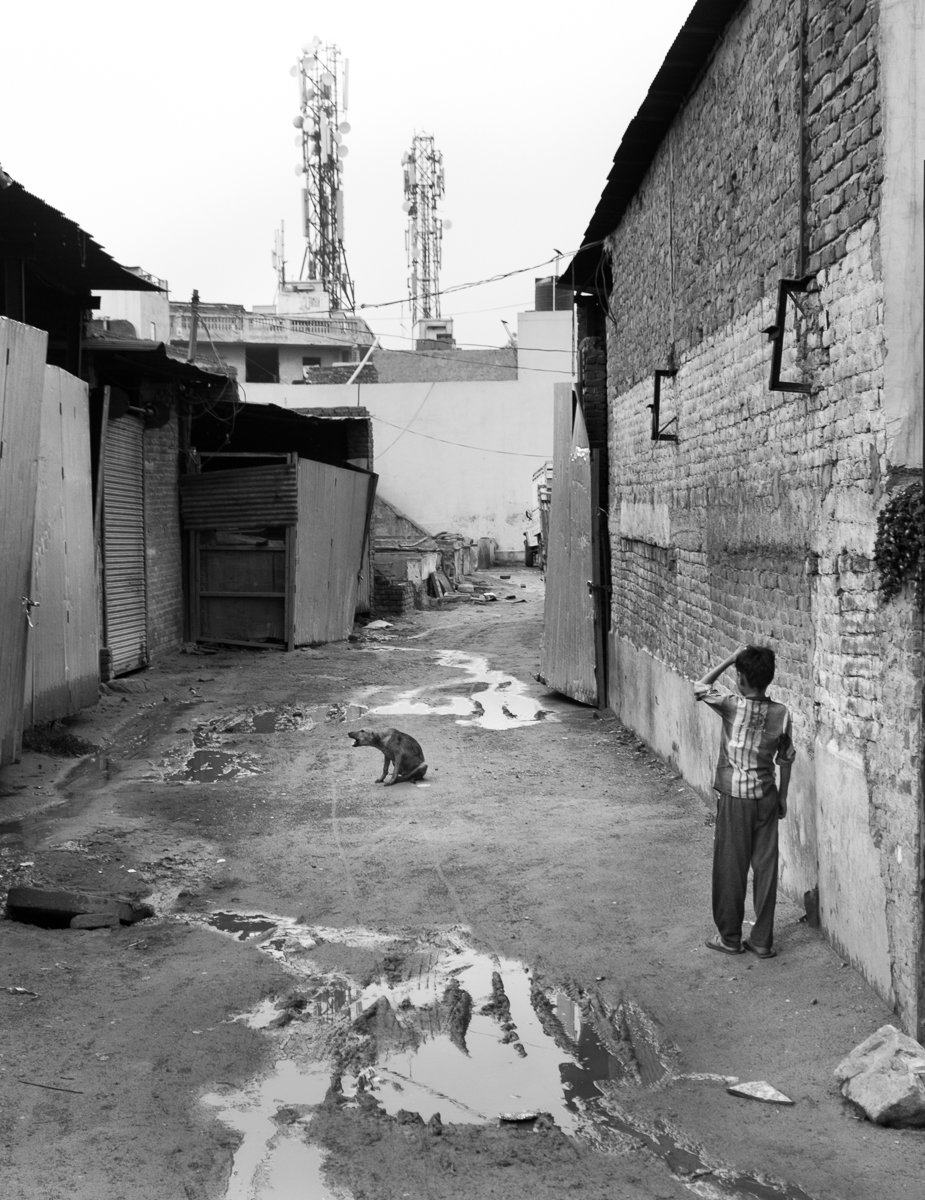 A boy warily eyes a stray dog in the road before dashing by. 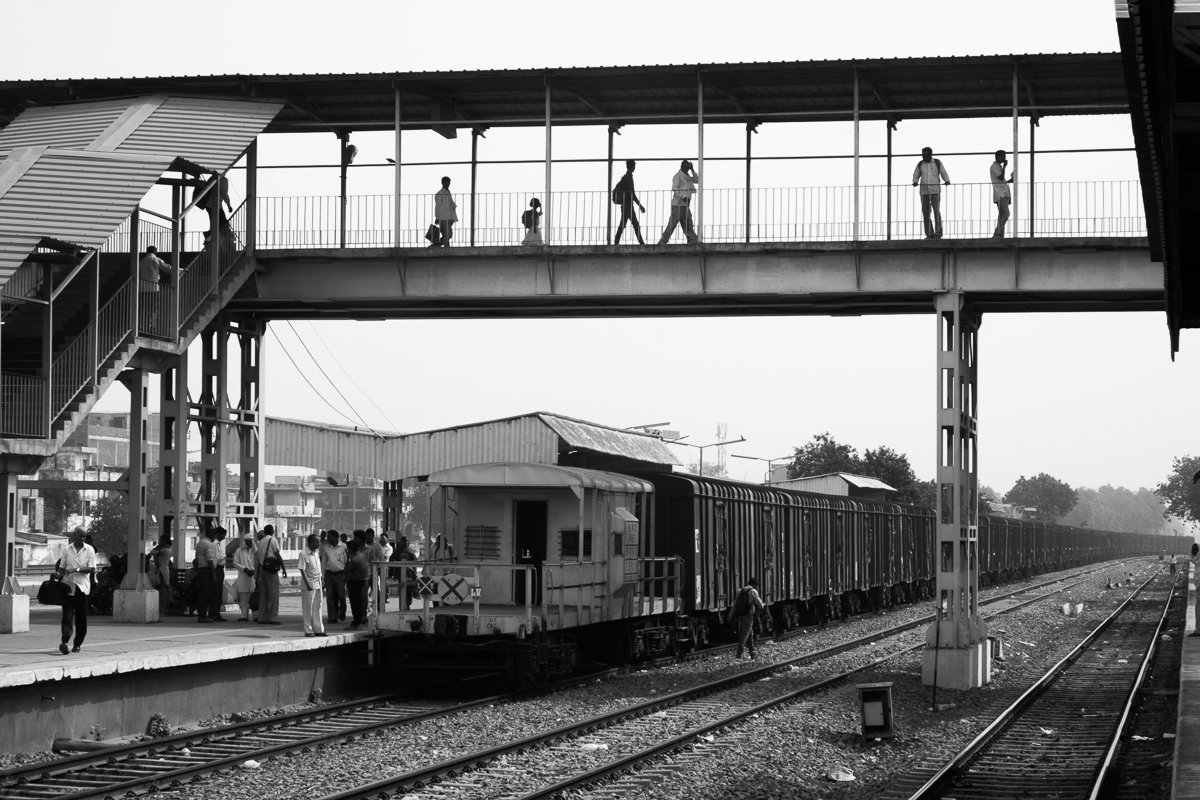 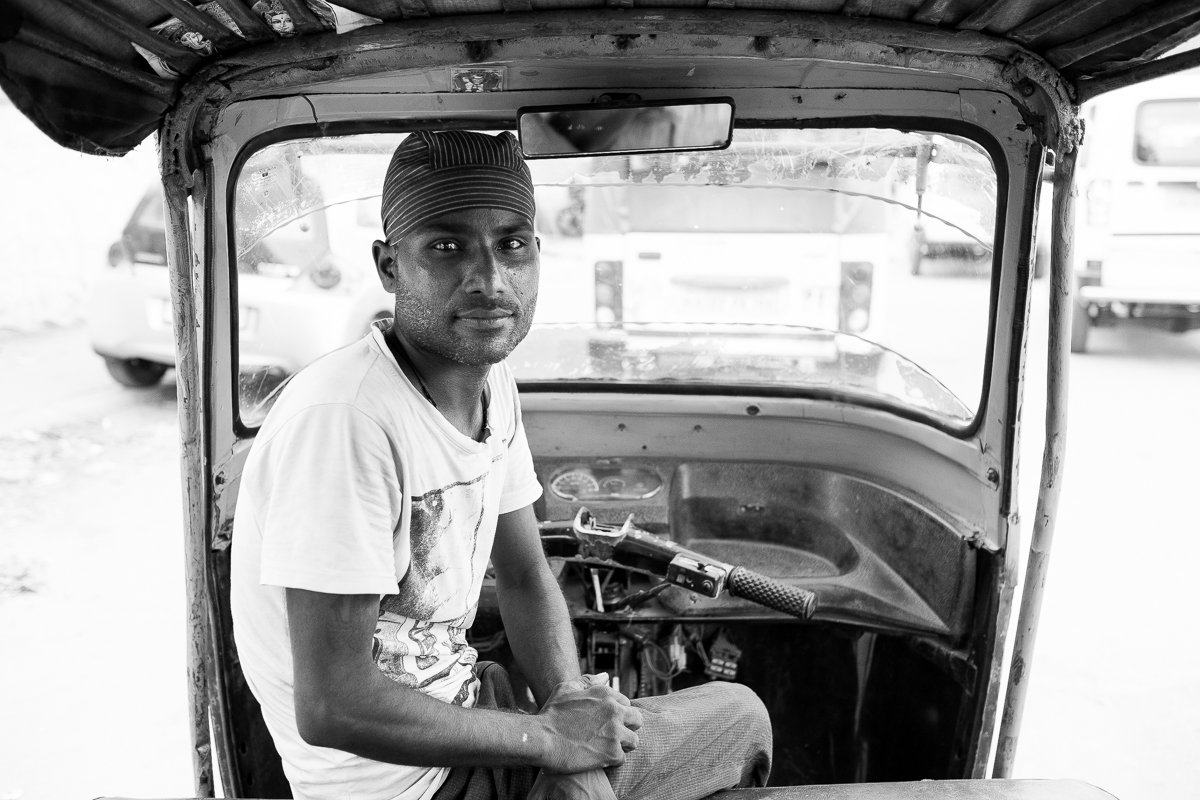