Nicole Hernandez, from Guerrero, Mexico holds on to her mother as they wait with other families to request political asylum in the United States, across the border in Tijuana, Mexico on June 13, 2018. The family has waited for about a week in this Mexican border city, hoping for a chance to escape widespread violence in their home state.
Gregory Bull/AP
Citizenship

Activists are abstaining from meals to call attention to separated migrant families.

Break Bread, Not Families is a 24-hour hunger strike spanning 24 days to call attention to the 2,400 children separated from their parents.

“This ‘solution’ is not only immoral, it is also illegal under U.S. and international law,” the Break Bread, Not Families website read, referring to the “indefinite detention of families" enforced by the Trump administration’s policy. 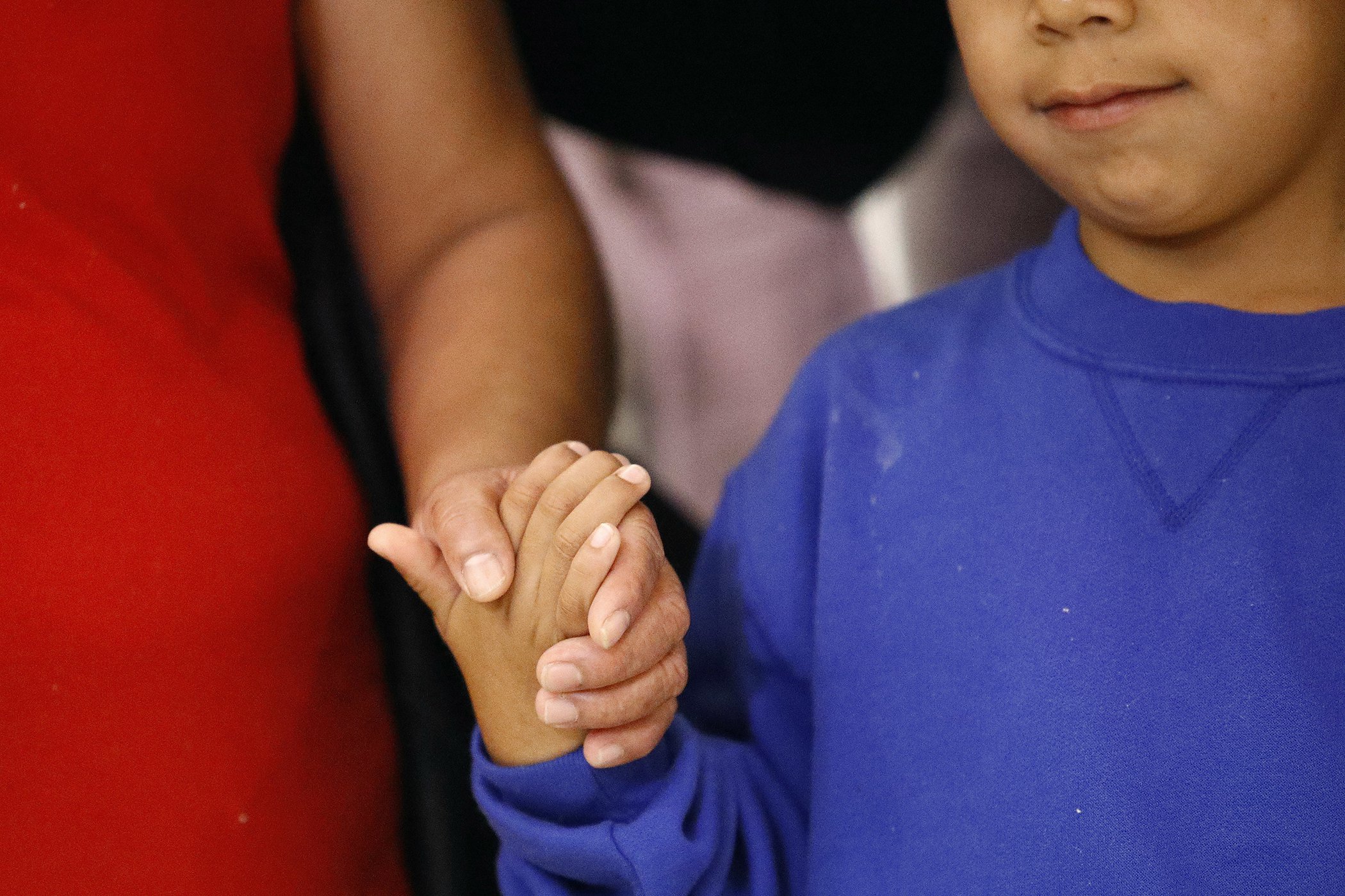 Four organizations have joined together in support of the strike, including the Robert F. Kennedy Human Rights organization; Lupe, a community union founded by Cesar Chavez; the Texas Civil Rights Project, a pro-bono law firm serving the movement for equality and justice; and Neta, a bilingual multimedia platform based in the Rio Grande Valley.

Read More: One Simple Way to Stop the Migration Crisis at US Borders

“Generations of Americans did not toil and sacrifice to build a country where children and their parents are placed in cages to advance a cynical political agenda,” said Ethel Kennedy, founder of the Robert F. Kennedy Human Rights organization, in a statement.

Organizers are asking participants to join the strike chain, which began on Saturday, June 23, by committing to fast for 24 hours and then either pass the strike over to another volunteer or continue fasting. If one cannot participate in the strike but would like to contribute, organizations suggest donating what one might have spent on food during a 24-hour period.

Participants and supporters are using the hashtag #BreakBreadNotFamilies on social media channels.

There's still time to join our #BreakBreadNotFamilies Campaign! Join @LUPE_rgv, @TXCivilRights, @netargv in our daily fast! Learn more about how you can get involved and protect the rights' of immigrants here: https://t.co/M86Gi301C4#AyunarParaNoSeparar#FamiliesBelongTogetherpic.twitter.com/DLJo9lrw34

If my grandma is willing to step up and fast to #EndFamilyDetention, you better believe you’ll find me right by her side. #BreakBreadNotFamilieshttps://t.co/RX0hoTpWs0

Evan Rachel Wood joined the #BreakBreadNotFamilies hunger strike prayer chain to protest Trump administration polices on the border, along with members of the Kennedy family, lawmakers and actors like Aisha Tyler, Alfre Woodard and Martin Sheen.pic.twitter.com/FP0ltUzvWu

Amazing moment as @KerryKennedyRFK and @DoloresHuerta begin a fast with $ saved from food going directly to https://t.co/dLlFglTTbQ#BreakBreadNotFamilies#EndFamilyDetentionpic.twitter.com/VIYRMUEoFs

Global Citizen campaigns in support of equal rights for all and the safe passage of migrants fleeing from violence. You can take action here to call governments to stop family separation.

TopicsImmigrationHuman RightsMigrantsTrump administrationFamily SeparationZero Tolerance Policy
Nicole Hernandez, from Guerrero, Mexico holds on to her mother as they wait with other families to request political asylum in the United States, across the border in Tijuana, Mexico on June 13, 2018. The family has waited for about a week in this Mexican border city, hoping for a chance to escape widespread violence in their home state.
Gregory Bull/AP