Highlights and lowlights from the country’s future leaders. 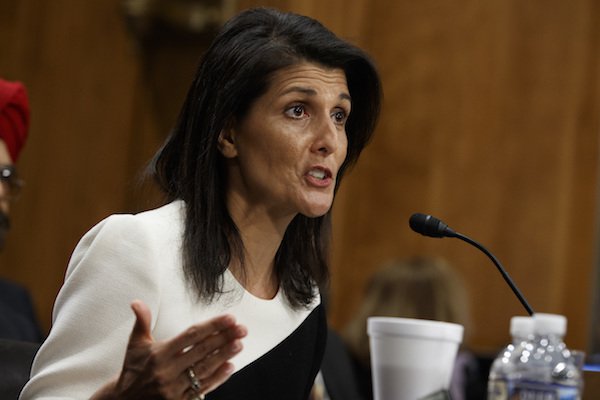 It’s a week of dramatic change in Washington, D.C.

In the days leading up to Friday’s inauguration of President-Elect Donald J. Trump, senators have been hard at work grilling Trump’s nominees to cabinet positions, including the future leaders of the nation’s energy, education, and health departments.

We checked in on all of the hearings to see what this administration might have in store for the future of foreign relations, the environment, the healthcare system, and the nation’s students. Here’s what we heard:

— Haley, the governor of South Carolina, focused on the recent political firestorm over the UN’s resolution condemning Israeli settlements in the West Bank (for an explainer on the controversy, check here). She supports moving the US Embassy from Tel Aviv to Jerusalem.

— Haley was also tough on Russia, whom she will face in UN Security Council meetings, saying “Russia is trying to show their muscle” and the “USA must be cautious.” She believes Russia committed war crimes in Syria, disagrees with the annexation of Crimea, but says we need Russian help fighting ISIS.

— Haley told the panel that the US would not create a Muslim registry, saying there was “no justification for registering American citizens.”

— The governor also suggested the US contributes too much of the UN’s budget, which some senators are threatening to cut as retaliation for the US stance on the Israeli settlements. 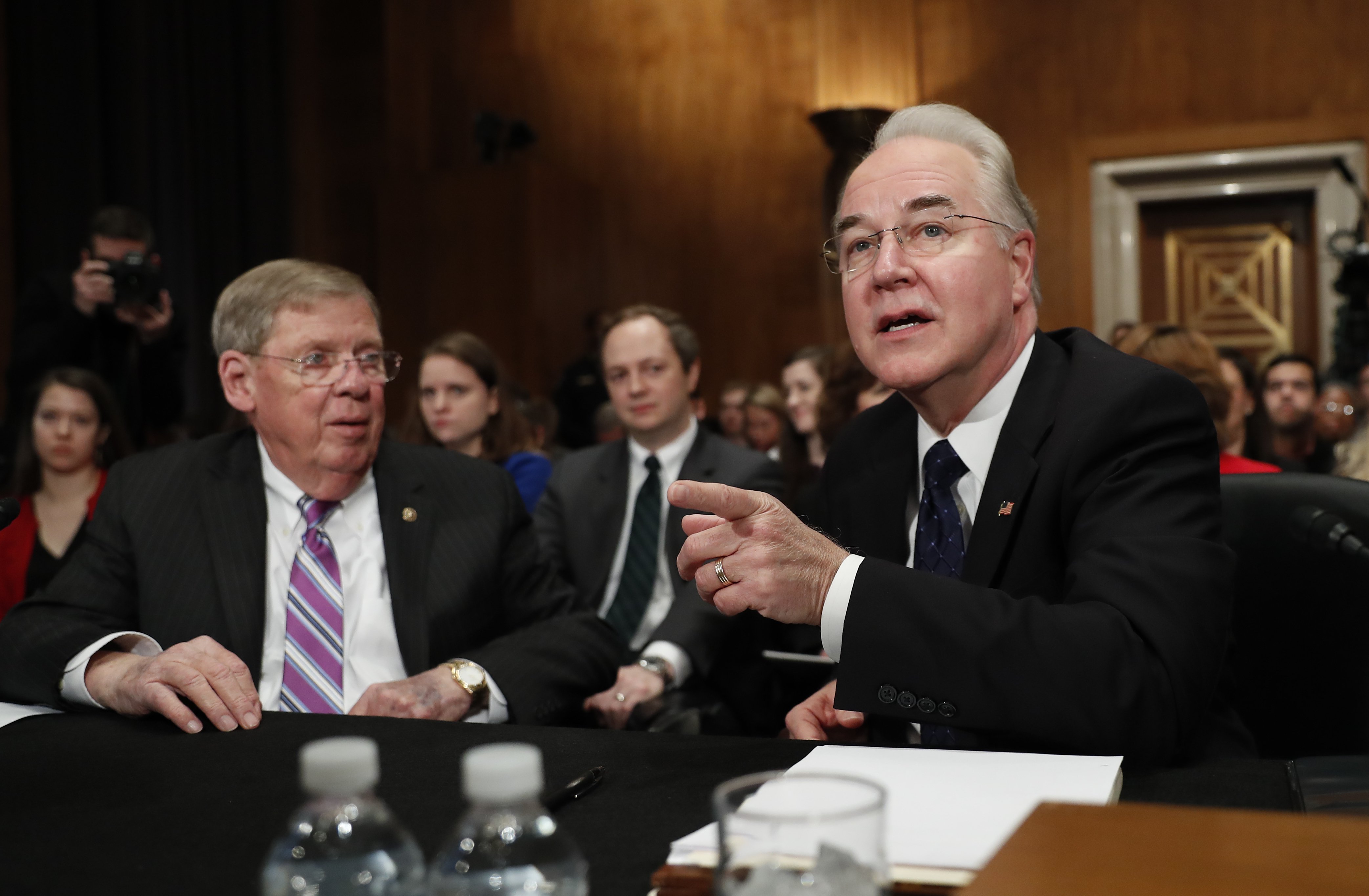 — Congressman Price (R-Ga.) entered his Senate confirmation hearing under a cloud of suspicion over reports that he made money trading stocks in pharmaceutical companies he was charged with regulating in Congress. Under tough questioning and a call for an ethics investigation by Democrats, Price said, “Everything that we have done has been above board, ethical, transparent, and legal.”

— The other major topic Price was questioned on was the repeal of the Affordable Care Act, saying all Americans should be able to “gain access” to insurance, which Sen. Bernie sanders (D-VT) pointed out meant that only those who could afford to buy it would be able to. “‘Has access to’ does not mean that they are guaranteed health care. I have access to buying a $10 million home. I don’t have the money to do that,” Sanders said.

— Price also said an ACA replacement might require “able-bodied” people to work for benefits and said there could be cuts to Medicare and Medicaid. 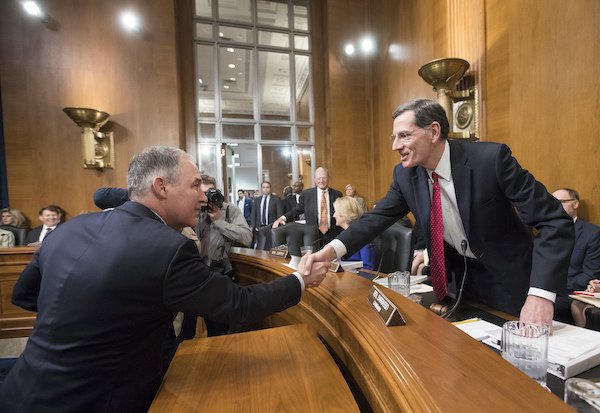 — Pruitt has sued the Environmental Protection Agency multiple times in his current role as attorney general of Oklahoma, but is Trump’s pick to lead the agency going forward. He has also received hundreds of thousands of dollars in donations from oil and gas companies.While he did say that climate change is not a hoax, he does question how much human activity has really caused climate change. “The ability to measure with precision the extent of [human] impact and what to do about it are subject to continued debate and dialogue,” Pruitt said.

— Pruitt said the EPA has become overzealous under President Obama, particularly in regard to federal pollution regulations. “Farmers, ranchers, landowners and small-business owners have recently felt hopeless, subject to a never-ending torrent of new regulations that only a lawyer can understand,” he said.

— Pruitt said the EPA has a legal obligation to regulate carbon dioxide emissions and ensure clean water, but would not, for example, say what level of lead in water was safe in drinking water as it related to the water crisis in Flint, Michigan.

— DeVos acknowledged that she has never attended a public school in the US and has never taken out a student loan, two central issues she’ll oversee as Education Secretary. She is a supporter of charter schools and offering parents vouchers to send their children to private schools.

— On the bright side for equal rights, the billionaire Republican philanthropist Devos disavowed any prior association with anti-LGBT stances or a belief in conversion therapy, saying she believed in equal rights for students.

— On the downside for some other issues, DeVos suggested she may cut public school funding, said guns should be allowed in schools in case grizzly bears attack, did not seem familiar with the Individuals with Disabilities Education Act (which requires public schools to provide services for students with disabilities), and generally did not seem to know many terms standard in education. For example, she did not understand the difference between measuring a student’s proficiency at a subject with measuring a student’s growth in one subject area.

— DeVos said not all schools receiving federal funding should be held to the same accountability standards, suggesting public schools and charter schools could be treated differently by the government.

Ryan Zinke: Secretary of the Interior

— The biggest question looming over Montana Congressman Zinke’s nomination was whether he would sell off federal lands to private owners, a question he quickly answered “no” to during his hearing.

— Zinke did say, however, that much of the land owned by the federal government could be drilled for oil and gas just as easily as it could be hunted or hiked upon, and so he would be open to leasing the land to private energy companies.

— Zinke said that he does not believe climate change is a “hoax,” but said there are still gaps in the science of understanding what’s causing climate change. “Climate is changing. Man is an influence. I think where there is debate on it is what that influence is and what we can do about it,’ he said.