United Nations, Explained: What Is It And How Does It Work?

17 facts in honor of the Global Goals!

This past weekend was HUGE. Do you know why? Not just because the 2015 Global Citizen Festival happened (Ok, that’s pretty exciting, I know.), but because of what happened at the United Nations.

It’s because from September 25-27 world leaders from 147 countries were at the UN headquarters in New York for the Sustainable Development Summit (SDG Summit).

193 countries started discussions and made commitments to the new Sustainable Development Goals (SDGs) aka the 17 Global Goals. True, streets were closed all over the city. But I’m completely fine with it because leaders from all over the world committed to ending poverty, fight injustice, and fix climate change.

You’ve probably heard Global Citizen mention the Global Goals by now. If not check them out here. The Global Goals are new, bright and shiny, and there’s 17 of them.

Which is why I want to share 17 things you need to know about the United Nations. Part of this includes how the United Nations decided upon 17 goals for sustainable development and not 5 or 12 or 300, or 15 which you will learn is a favorite number of the UN.

Here are 17 things you should know about the United Nations:

Getting to know the UN: 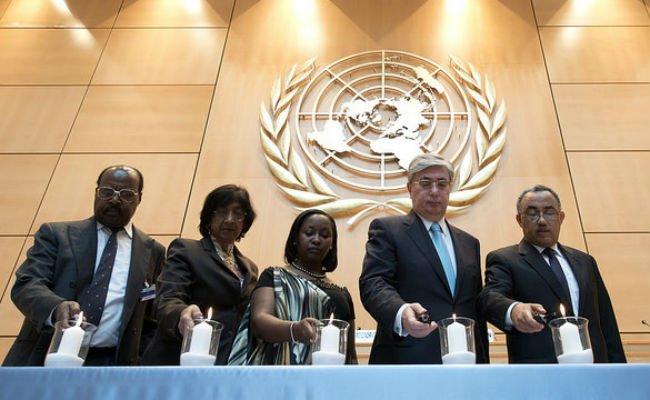 1. This year is the 70th anniversary of the United Nations

Back in 1945 the world was somewhat of a mess as over 113 countries were recovering from WWII. So leaders from 51 countries decided to create an international organization to promote peace, fully equipped with organs. This year on October 24th the UN will celebrate it's 70th b-day.

The human body has five vital organs and over 70 others to perform functions. The UN has six organs but these organs are a little different. Instead of pumping blood to the brain, the organs at the UN check and balance each other and help set up the structure to do things like commit to the Global Goals.

3. The “head” one of these organs is called the Secretary-General

Secretary-General is kind of the top dog of the UN Secretariat, which is the administrative branch of the UN. This position is currently held by Ban Ki-Moon who is from South Korea (and will be at 2015 GCF tomorrow—Woooo!).

4. The General Assembly is not what you recall from primary school

The General Assembly (GA) is the “main deliberative, policy making and representative organ of the UN” which means this group makes all the decisions on budget, member statuses, who’s in the security council, and more. Each of the 193 countries in the UN has a representative in the GA. Each of those representatives gets one vote to cast for deciding matters. These are your UN Ambassadors.

5. There’s a court of justice

The UN is a peaceful coalition but sometimes having nearly 200 world leaders in one place can lead to some disagreement. That’s where the International Court of Justice (ICJ)comes in. The ICJ has 15 judges that settle disputes between states.

6. The UN has some heavy security 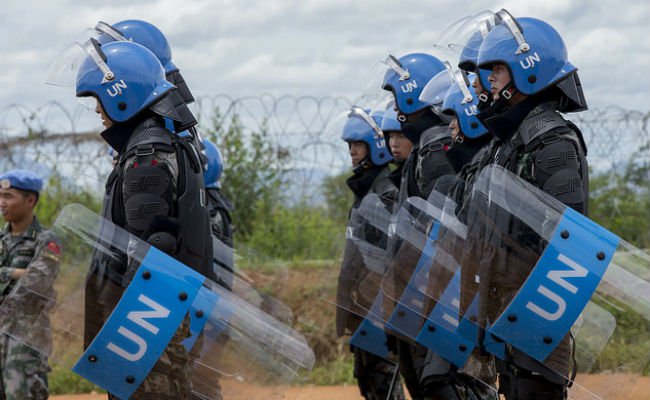 These are actually UN Peacekeepers in South Sudan trained to "keep the peace" in areas seen as a threat to international peace.
Image: Flickr: United Nations Photo

I’m not talking about personal security for UN members, although that is a serious matter as well. The UN has a Security Council whose job is to “maintain international peace and security.” Similar to the ICJ, the Security Council has 15 members that decide when something is a threat to international peace. Hmm, I’m starting to think 15 is a trend here. There’s also updates on sustainable development goals every 15 years.

7. A whole council is devoted to cooperation between states

ECOSOC for short—this is the Economic and Social Council does almost exactly what you might think. This council makes decisions on economic, environmental, and social policy. And yes, that’s a big job. ECOSOC works with governments, academic groups, parliaments, and over 3,200 NGOs! Just a few more than Global Citizen works with… 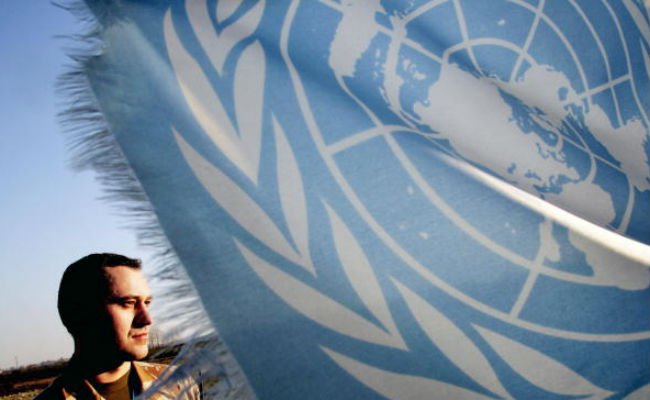 You’ve probably seen this image, but the coolest thing about the flag is that the image in the center was designed for equality. The world map in the center of the flag is laid out like a radar so no one country is above or below another.

SDGs, MDGs, GGs and no STDs:

9. The first meeting of the UN was all about atomic energy

The first meeting for the UN happened in 1946 in San Francisco. At the time, the 51 members of the UN created “the Charter” which gives the UN more power and better structure for maintaining peace internationally. This meeting had focused on reducing nuclear weapons and using atomic energy for solely peaceful purposes.

10. Environmental concerns rise in the 90s

So the UN met for decades and held discussions on how to maintain international peace. There was a conference in Stockholm in 1972 on “the Human Environment.”  Then the 80s happened and the first major environmental victory was achieved in 1987— the international banning of chlorofluorocarbons, compounds that ravaged the ozone.

In 1992 the UN held a summit in Rio, and it was a big deal. Over 17,000 people from NGOs alone attended. I think people began to catch on just how necessary it is to have sustainable development and protect the environment.

11. MDGs brought all global issues together into one agenda

After conferences and summits on different policy areas, the UN had the largest gathering of world leaders in NYC at the Millennium Summit in 2000. Here, world leaders adopted the Millennium Development Goals. A set of eight goals created a platform for progress to end poverty. The eight goals covered hunger, education, gender equality, health, and creating global partnerships.

But these goals were not enough.

12. The journey of the Global Goals

Discussions on the Global Goals began after the Rio+20 Summit created an open working group with reps from 70 countries. This group drafted an agenda in July 2014 and the goals were presented to the UN General Assembly later that September. It wasn’t until this August that the last word and finalization of the goals occurred.

The SDG Summit will have more world leaders than ANY previous UN Summit. If you’re going to be in New York this weekend, the Guardian has a great guide on how to get the most out of the SDG Summit—even where you can potentially get coffee next to world leaders.

What you really need to know though is that world leaders will commit to these 17 Global Goals and 169 targets.

24 representatives from civil society organizations, NGOs, and other major groups in addition to world leaders from 193 countries are going to hold a set of meetings with “interactive dialogues” on how to end poverty.

And one more thing, world leaders need your help to make the Goals famous!

14. Six official languages are recognized by the UN 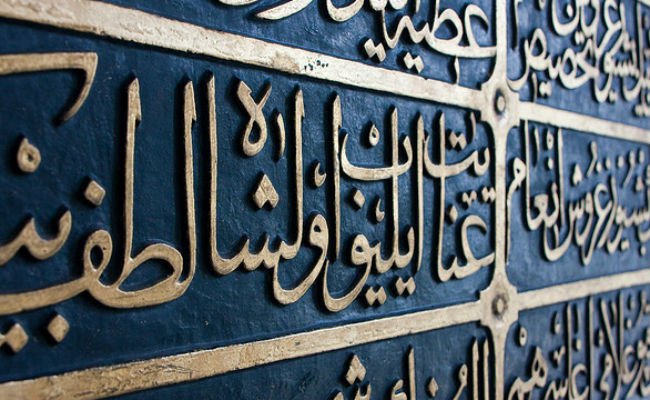 Hiring translators to accommodate the hundreds if not thousands of different languages spoken by the 193 representatives of the UN would be a challenge. Therefore only Arabic, Chinese, English, French, Russian and Spanish are officially recognized by the UN.

The Vatican (Holy City), Kosovo, and Taiwan are the only countries not listed as UN members. But the Pope is here this weekend too! Pope Francis is giving an address to begin the SDG Summit at 9:00am on Friday September 25th.

16. The UN Security Council has more women than ever!

Only 31 members of the UN are women of the 193 UN Ambassadors leading the world. But there’s hope for women, and it’s reflected by six women in the UN Security Council.

6 members of the prestigious and possibly the “most powerful council” are women. This is most women in history to ever hold positions on the UN Security Council. You can count on Samantha Power (UN Ambassador of the US), Joy Ogwu (UN Ambassador of Nigeria), Dina Kawar (UN Ambassador of Jordan) to name a few who will help champion Global Goal 5!

17. The first name proposed sounds like a group of superheros

Franklin D. Roosevelt came up with the name United Nations in 1942. Previously, the proposed name was the League of Nations. Personally, I think this sounds like a group of superheros ready to fight crime, which is cool. I’m curious what Wonder Woman, Superman and Batman and the rest of the Justice League would have thought. But, the United Nations does sound a bit more formal.

You too can be a superhero (like Erin Richards in this video) and help make the Global Goals famous. Share the goals or one of your favorite Global Goals videos with everyone you know.