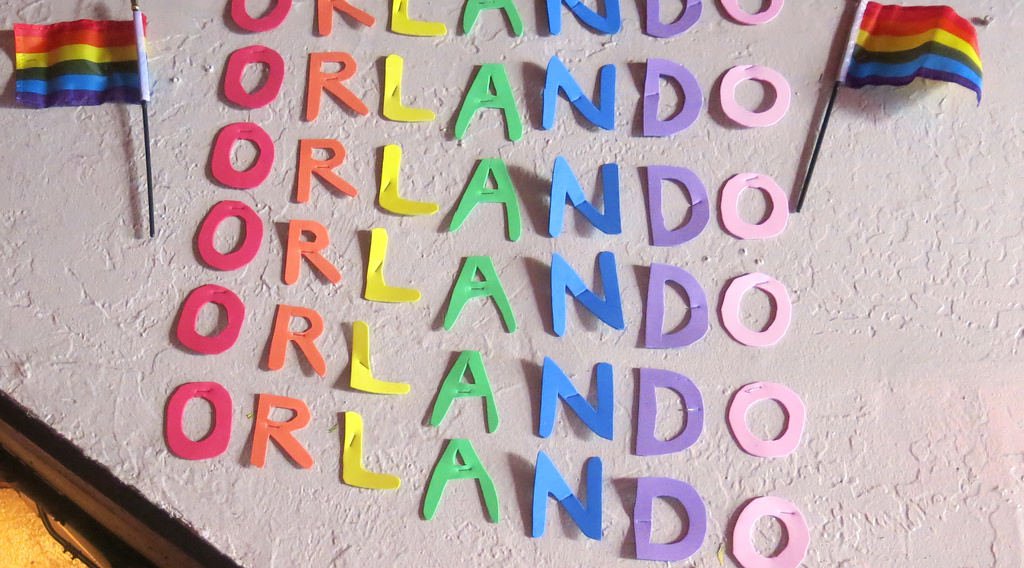 The largest mass shooting in modern US history happened a year ago today when 49 men and women were killed in a gay nightclub in Orlando.

The Pulse nightclub atrocity came at a time when the rights and place of LGBTQ in America seemed more secure than ever. But in one swift, homophobic rampage, that sense of belonging was once again haunted by the history of what it has meant to be gay or trans or other in America.

It was only a year before, after all, that gay couples were granted marriage equality by the Supreme Court and it was a little more than a decade after homosexuality was no longer considered illegal across the country.

Even so, LGBTQ people are harassed, attacked, and discriminated against every day. The Orlando massacre was a horrific and extreme outburst of this daily reality.

Read More: These 6 Countries Execute People for Being Gay

But despite the seemingly endless struggle for equality, the world once again saw the astonishing resilience of the LGBTQ community following the tragedy. An enormous outpouring of love and support that continues to this day sprang up.

The city of Orlando declared June 12 “Orlando United Day – A Day of Love and Kindness” and, coincidentally, the day is also “Loving Day” to commemorate the striking down of legalized racial discrimination.

While the pain caused by the massacre might never be fully repaired, the world is coming together to show unity and, ultimately, that hate and bigotry cannot be allowed to triumph over love.

Here are 12 tributes to the Orlando massacre on its one-year anniversary:

Station 5 firefighters honor the 49 lives lost at Pulse with 49 flags in the shape of a heart. #OrlandoUnitedDaypic.twitter.com/UMDyd89RVs

We will always bear the scars of the Pulse tragedy and grieve for those whose lives were cut short. - @ChiefJohnMina#OrlandoUnitedDaypic.twitter.com/vQ0pJx3NeS

Remembering the 49 beautiful angels we lost that night at Pulse & sending love to all family's & friends that lost someone #OrlandoUnitedDaypic.twitter.com/2WTPvFtSjG

One year ago 49 folk went out to have fun at Pulse Nightclub and did not make it home  RIP 💔#OrlandoUnitedDay#Pride2017pic.twitter.com/NYkHGvAVRd

We remember the victims of the #PulseNightclub massacre, which took place in Orlando one year ago today. #OrlandoUnitedDay#LoveIsLovepic.twitter.com/6SXwtKMTjE

Still hard to believe we lost 49 great people. Thinking about them, their families and the community today. #LoveIsLove#OrlandoUnitedDaypic.twitter.com/4zAXJZynrH

Let's try it. See if it helps. 👇🏼❤️💛💚💙💜#LGBTQ#PulseMassacre#MoreLove#LGBTequality#GunViolence#OrlandoUnitedDaypic.twitter.com/sbM7cU6WJs

Today we remember the victims of the #PulseNightclub attack & stand in solidarity with #OrlandoUnitedDay. #LoveIsLovepic.twitter.com/CHmlEOgNW7

Work by @spearlife in honor of the 49 Pulse victims  #OrlandoUnitedDay#OrlandoStrong#APKwithOrlandopic.twitter.com/GwQCJCSBOC

Beautiful mural tribute to the lives lost at Pulse 1 year ago. #OrlandoUnitedDay#RememberThe49pic.twitter.com/R1hcpf8PlP

#LovingDay is also #OrlandoUnitedDay , reminding all of us love sees no boundaries & the fight against hate and bigotry is not over. pic.twitter.com/SBS5vpfZSm

We love because love is a human right. #ActLoveGive#OrlandoUnitedDay via @FLBluehttps://t.co/u1iS2tTzEmpic.twitter.com/UrZHiNjWUV

One year later, we remember the 49 lives lost too soon at Pulse in Orlando. We will not let hate win. #OrlandoUnitedDay#LoveIsLovepic.twitter.com/u4JMwGtInF