There’s no time like the present to better understand the planet and our effects on it. 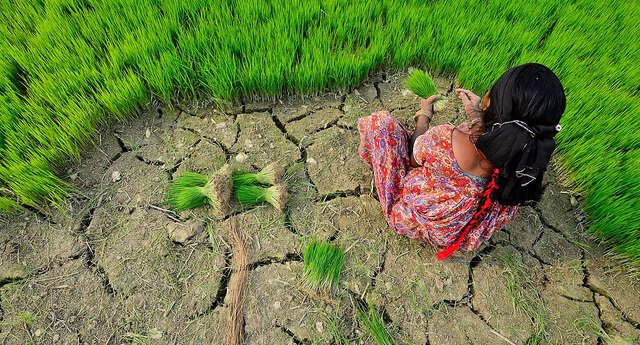 Nowadays, there are environmental films popping up in a range in topics, so the opportunities to learn about the planet and how to protect it are easy and endless — and perhaps essential as world leaders waver on their commitments to fighting climate change.

From climate change to waste production to slaughterhouse effects, here is a list of 11 documentaries that are worth watching (and rewatching) today.

Featuring actor and environmentalist Leonardo DiCaprio, “The 11th Hour” looks at the ways in which we have impacted the planet through global warming, deforestation, species extinction and the depletion of the oceans’ habitats. The documentary features former Soviet leader Mikhail Gorbachev and physicist Stephen Hawking, among many other politicians, scientists, and environmental activists.

“Tapped” dives into the water bottle industry’s impact on climate change, pollution, and our health, and looks at how dependant we are on oil.

When Josh Fox was offered $100,000 from a gas company to drill on his land, he decided to investigate the impact drilling and fracking has on the environment. His research leads viewers through intriguing and horrifying scenes when it comes to contaminated water.

Documentarian Marshall Curry takes a unique look at the fight activists take on for the environment. The film’s main character, Daniel McGowan, is a former Earth Liberation Front (ELF) member who faced life in prison after firebombing timber companies and being found guilty of environmental terrorism.

This film beautifully captures the problem of the planet’s melting glaciers over multiple years with National Geographic photographer James Balog. The scenes are extremely powerful and they leave little to the imagination when it comes to the melting ice caps.

Bees have been dying at an alarming rate around the world. In “More Than Honey”, Markus Imhoof searches for the answers as to why the little creatures are suddenly dying, looking from industrial agricultural practices to crop pesticides.

This documentary explores the effects large-scale farming has on the planet. Viewers follow filmmaker Kip Andersen as he finds out why environmental organizations are afraid to talk about it.

A follow-up to ‘SoLa, Louisiana Water Stories,’ this film looks at the BP Deepwater Horizon oil spill as part of the bigger picture of Louisiana's oil and gas industry and its relation to coastal erosion.

Leonardo DiCaprio released this feature-length documentary in 2016. DiCaprio acts as a guide for the audience as he meets with various world leaders to ask questions about global warming.

And a bonus one to look forward to…

Former US Vice President Al Gore is back with “An Inconvenient Sequel: Truth to Power.” The film comes out on July 28 and its trailer sets an intriguing tone. Opening with Donald Trump’s remarks, “It’s supposed to be 70 degrees today, it’s freezing here. Speaking of global warming, we need some global warming.” The trailer draws you into Al Gore’s world and his efforts to reveal the inconvenient truth, more than 10 years after the original film, “An Inconvenient Truth.”