11 commutes from around the world

If you think your commute is tough, you've never tried commuting 15,000 feet above sea level.

It’s expensive, it’s tedious, and it’s unpredictable. You never know when you’re going to hit an hour of traffic, or if your train is going to unapologetically stop halfway between platforms.

The average commute in the United States is 25.4 minutes, but that varies tremendously. Personally, I’m jealous of that number.

It takes me a two subways, one transfer, a less than reliable commuter train and a car ride to get from home to work. All in all, roughly two hours of travel time one way. It isn’t fun.

But some people have it way worse.

For instance, the average travel time in Thailand between home and work is two hours; In total roughly 37 million hours are spent commuting every day in Thailand. That average means that some people are traveling significantly more than I am one way. Which makes my commute seem not too bad.

On the other hand, the shortest average commute in the world is in the landlocked south African country of Malawi, at just two minutes from home to work. Which is kind of unimaginable to someone from a big city.

Most Americans seem to commute by car, but that isn’t ubiquitous internationally. From beautiful, hand painted busses to vertigo inducing roadways, people all around the world are getting to work in fascinating ways. 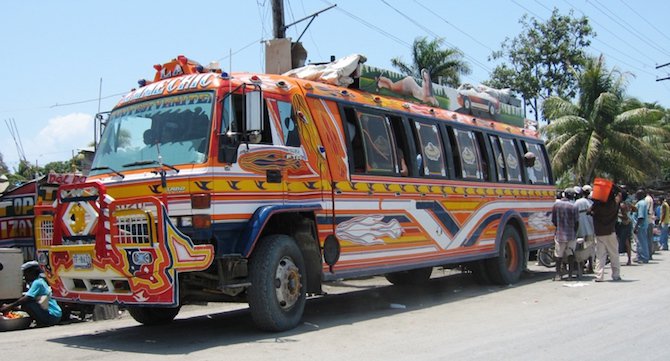 Though mired by bureaucracy and corruption, Haiti’s recovery from the devastating 2010 earthquake is progressing. The rubble has mostly been cleared, and the estimated 1.5 million displaced people has been reduced to a few thousand. Bikes, trucks, cars and motorcycles fill the streets once again, but nothing stands out as much as the Tap Tap busses. Literally translated to "quick-quick," these are privately run busses that follow fixed routes, known for their vibrant colors and intricate hand cut wooden windows. 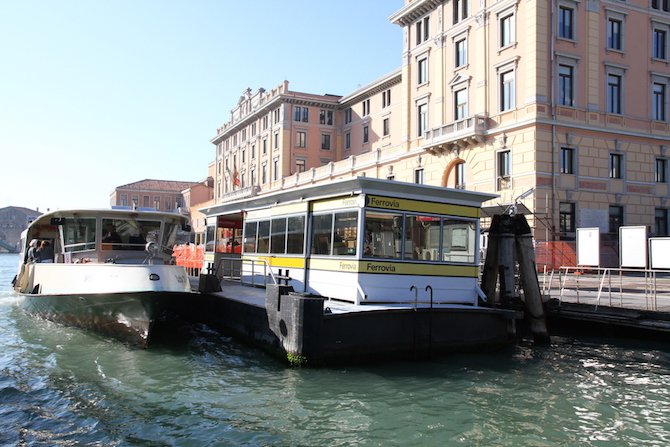 The city of Venice is almost synonymous with inner-city canals and singing gondola drivers. But the average Venetian doesn’t get serenaded every time they want to get somewhere. They take the Vaporetto, a public ferry service that travels in and around the city’s main canals. It runs from 5am to midnight, though the later it gets the more likely the boat will skip a stop if they don’t see anyone. 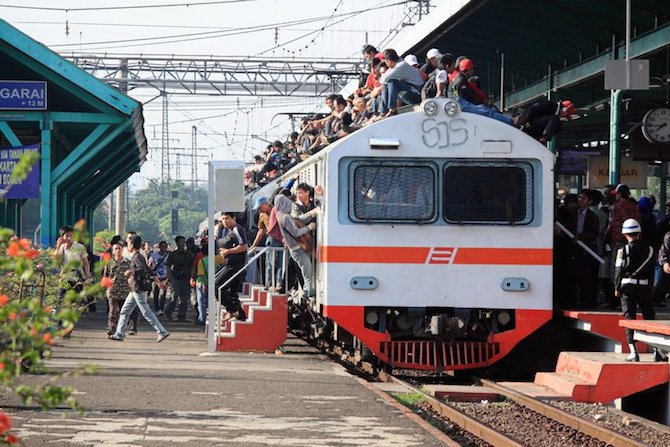 The archipelago nation of Indonesia is an incredible place. With a population of over 220 million, the country has at least 17,000 islands. Trains are often the best way to get around on Java, one of the main islands that houses 60 percent of the population. A rail system connects major cities such as Semarang and Surabaya with the capital of Jakarta.

Though the average commute in America is 45 minutes, that isn’t the case for everyone. Take James Robertson, for example. Up until very recently he walked about 21 miles round trip to and from work, every day, five days a week, Monday through Friday.

Congestion on a three lane highway is pretty frustrating. Five lane highways can be even more frustrating. But absolutely nothing compares to a traffic jam on the 50 lane wide G4 Beijing-Hong Kong-Macau Expressway in China. In early October during the week long National Day, an estimated 750 million people were traveling. A newly installed checkpoint on the G4 Expressway reduced the number of lanes from 50 to 20, causing a traffic jam that lasted hours. 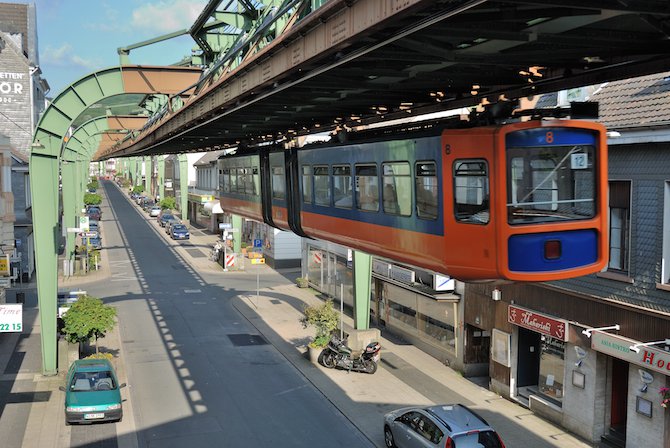 German innovation has been well known for over a century. But just because we hear about it in every BMW commercial, doesn’t make it any less real. Take the Schwebebahn in Wuppertaler, Germany. Opened in 1901, it’s the oldest monorail system in the world, and has run continuously since its opening. The most interesting part is that it’s a suspension monorail, with the track following the narrow streets and the Wupper river, which runs through the city. 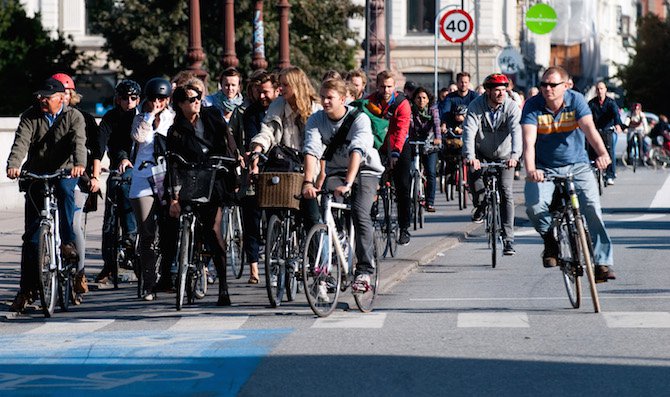 The Netherlands has always been at the forefront of keeping things green, but places like Copenhagen and Amsterdam go above and beyond. According to Wired, they came in first and second for most bicycle friendly cities in the world. Which makes sense, seeing as 45 percent of travels in 2014 were done by bicycle. 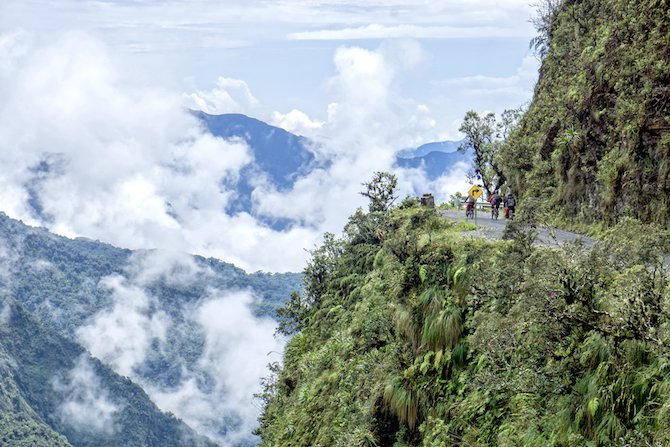 If you already get car sick easily, you should probably never take the Yungas Road, or La Carretera de los Yungas, in Bolivia. Commonly referred to as the the Road of Death, this dirt track stretches 43 miles between La Paz and Coroico in Bolivia. An estimated 200-300 people die annually traveling along this road, which climbs through the mountains to a staggering 15,200 feet above sea level. Don’t look down. 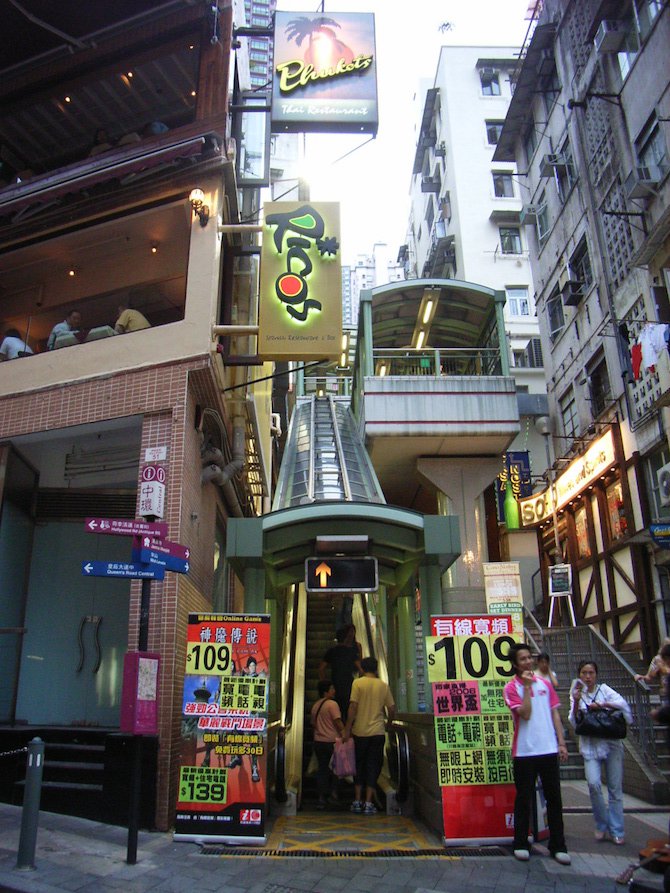 Hong Kong has always been eccentric. From its interesting history, to its rich culture, Hong Kong is known for idiosyncrasies. So why should commutes be any different? Hong Kong is home to the world’s longest outdoor covered escalator system, which stretches over 2,600 feet and rises over 440 feet up. Built in 1994, this escalator carries an estimated 60,000 people a day between Central Hong Kong and the more residential Mid Levels. 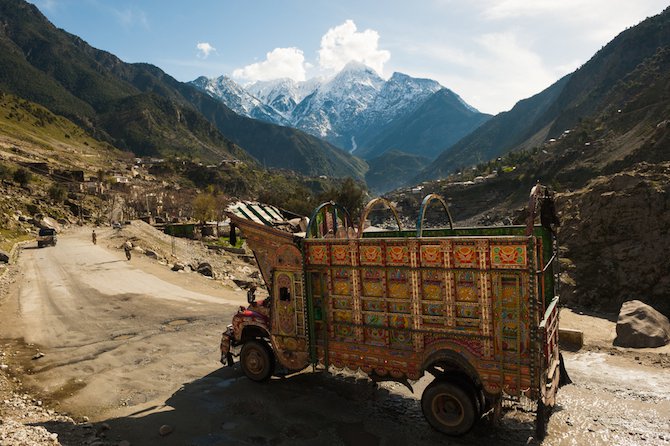 A truck on the Karakoram Highway
Image: Yongyut Kumsri/ Shutterstock.com

High in the mountains of Pakistan sits the Karakoram Highway, which stretches from Pakistan’s Gilgit-Baltistan region to China’s Xinjiang region. At over 15,397 feet, this highway took 20 years to build, and runs through the Karakoram mountain range. The highway is also known as the N-35, and as China National Highway 314, which really doesn’t seem to do it justice. 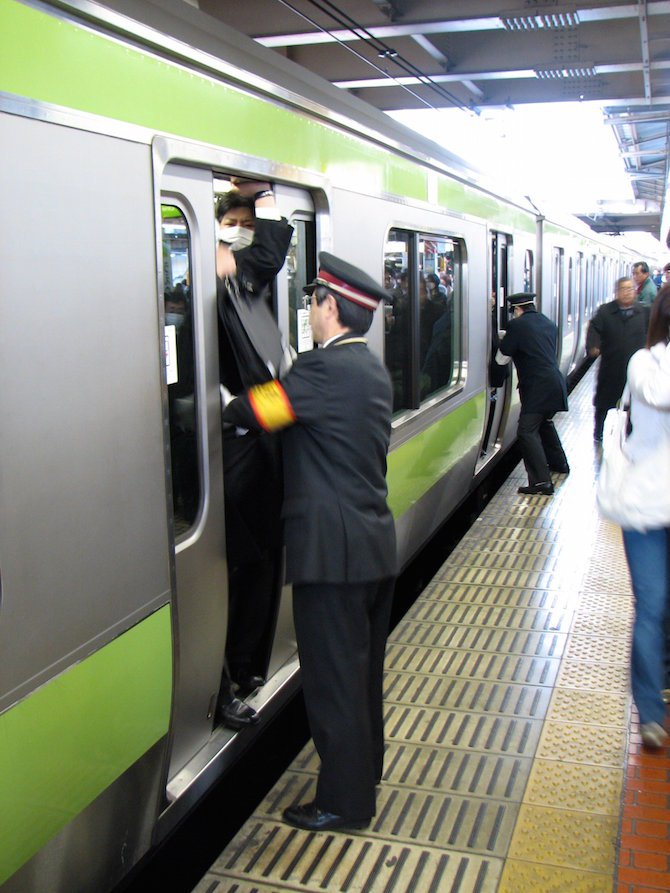 Japan is notorious for overcrowding, and infamous for housing costs. The average price for one square foot in Tokyo is $7,600. Which understandably leads to some tough commutes. Roughly half of commuters travel by train, eclipsing other modes of transport such as bicycles or buses. The prevalence of train travel causes some subways to be so overcrowded that Tokyo employs "pushers:" uniformed employees complete with white gloves and matching hat, these rail attendants stay on the track and physically push people onto the subway cars to make sure they don’t get caught in the doors.

So there you have it, 11 commutes that are probably different than yours. Hopefully it makes you think twice before complaining about a half an hour trip, because you could always be stuck in a 50 lane traffic jam or driving white knuckled through the Karakoram mountain range.