10 ways to boost health from around the world

And that’s just prescription meds. What’s the typical response to a headache? Pop an advil. Too stuffy to sleep? Nyquil. Need some daytime allergy relief?...there’s an OTC for that too.

Now, I’m not here to bash modern medicine. The world has come a long way in figuring out how to keep people as healthy as possible, and it’s undoubtedly saved countless lives. But it’s also important to remember that people around the world have relied on traditional and herbal remedies for centuries to treat everything from migraines to cancer. And alternative medicines are growing in popularity. From people turning to fish oil for healthy hair and nails, to herbal teas to help you sleep, it’s become common to find alternative treatments in your pharmacy aisle. Even hospitals have started to incorporate unconventional treatments and therapies in response to popular demand.

The problem with alternative medicines though, is that there are so many of them! And it’s hard to separate what works from the hippie-dippie hokus-pokus.

So, I decided to start at the root of it (pun intended) and look at the plants that have been successfully used in popular remedies worldwide. Here’s a top ten: 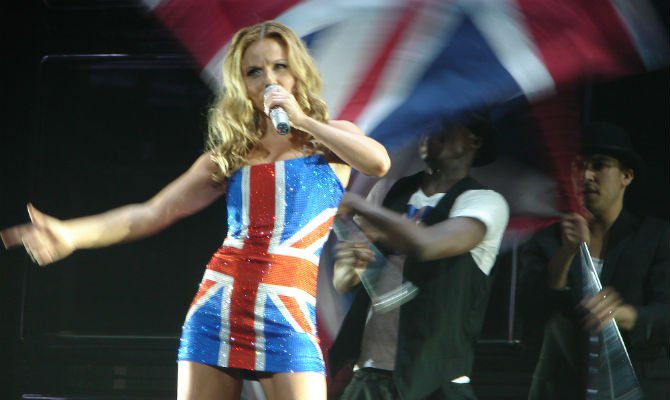 Basically ginger should be renamed the little root who could. From calming upset stomachs to treating symptoms of the common cold and soothing muscles, ginger root does it all. To treat a sore throat or cold, a common remedy is to add ground ginger to boiling water with a squeeze of lemon and drop of honey. For sore muscles, grate 4 tablespoons of fresh ginger and seal it inside of a cotton bag and let the bag soak in your bath with you. Ginger has also been found to lower blood sugar and cholesterol, so add some ground ginger to your favorite foods (I even add ground ginger and lemon to my water...believe me, it’s delicious)! 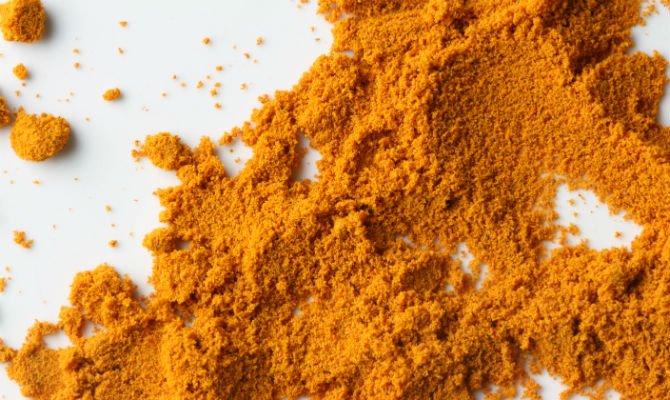 Turmeric is actually a relative of ginger (great genes in that family tree). The turmeric plant is boiled, dried, and ground into the spice that is curry’s main ingredient. It’s also what gives most mustard its yellow color. Traditionally, turmeric has been used to treat a host of health concerns like arthritis, heartburn, diarrhea, and liver problems. Today it’s most common as an anti-inflammatory (it comes in capsule form), which can be used to treat inflammation, stiffness and rheumatoid arthritis. 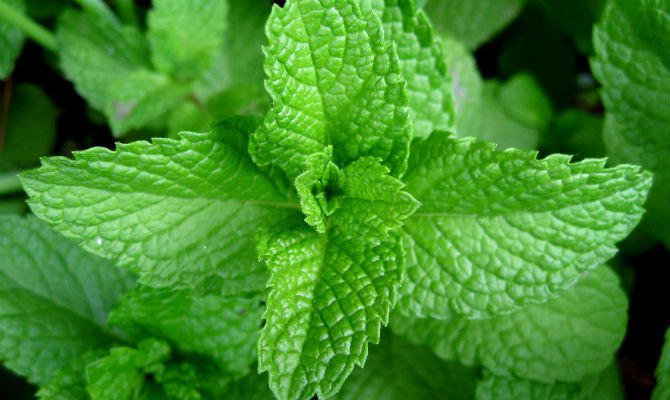 Place of origin: Europe and the Middle East

Besides its amazing smell, peppermint has been used to treat all sorts of digestive issues, like irritable bowel syndrome, heartburn or simply an upset stomach. Though traditional remedies used peppermint aromatherapy to treat people with stomach problems, today peppermint oil capsules (derived from the plant) are the more common treatment. A cup of peppermint tea has also been known to soothe muscles and relieve headaches.

This one’s another multi-tasker. Traditionally chamomile has been used to treat hay fever, inflammation, muscle pain, problems sleeping, anxiety, menstrual cramps, and nausea. Today it’s most commonly used in tea form to treat upset stomachs and to help you fall asleep (I can personally attest to chamomile tea’s power to knock you out). It can also be used in salve form to treat hemorrhoids, skin ulcers, or any cuts or scrapes. 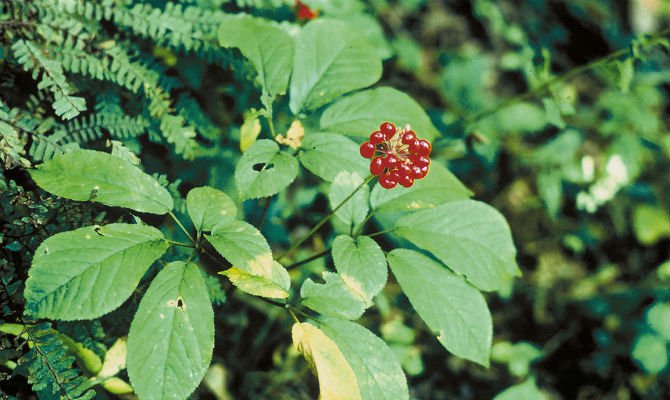 Ginseng is a little tricky to pin down, and traditionally it is known to promote “general well-being.” Today, ginseng root is a common herbal supplement used to treat fatigue, stress, a weak immune system, and even erectile dysfunction. A study by the Mayo Clinic also found that ginseng supplements helped treat fatigue in cancer patients. Beyond an herbal supplement, ginseng can also be found in a tea form.

Wait, what? Cinnamon’s not just for making your latte, baked goods, and alcoholic beverages delicious? Well, the spice is great for all that but cinnamon also contains several anti-inflammatory properties, making it good for people who may be at risk for heart disease. It’s also known to improve circulation and help with stomach aches. You can get the healing effect simply by chewing on a cinnamon stick or drinking cinnamon tea (lay off the "cinnamon challenge" and taking a ladle to the face). Also, cinnamon essential oil can be added to to water to create a mouthwash that can treat mouth and gum infections. 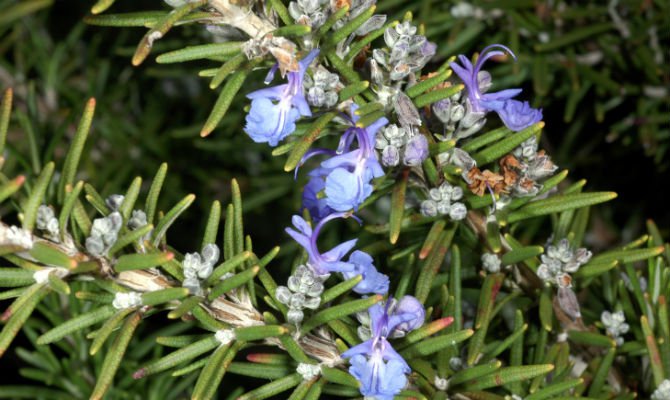 While it’s best known as a cooking spice, rosemary can also be infused into an oil that can be used externally. In oil form the herb has been used to treat eczema, arthritis, and menstrual cramps. Rosemary is also amazing for your hair! Rub rosemary oil onto your scalp, leave it on for around an hour, and then rinse it out with shampoo to treat dandruff, prevent hair loss, and keep your scalp healthy. In ancient myths, rosemary was also linked to memory and so it’s been used as a symbol for commemorating the dead in Europe and Australia. Today, it has been studied for its power to improve memory loss and even treat Alzheimer disease. 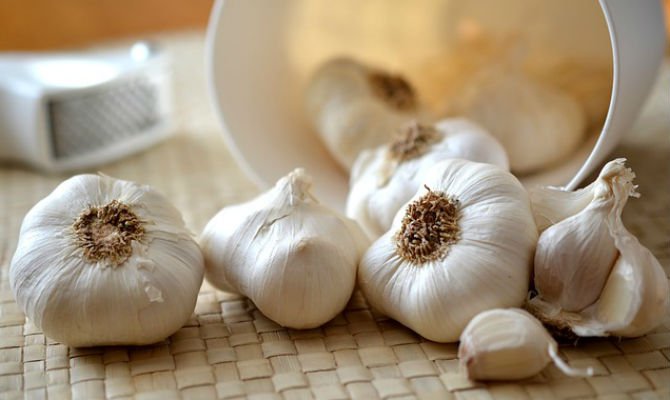 Not just for Italian cooking and keeping vampires at bay! Starting way back in Ancient Egypt, garlic was used for its health benefits and that tradition continues today. Garlic has actually been extensively studied for its ability to lower cholesterol, reduce blood pressure, treat hypertension and even prevent cancer. For example, several studies in China found consumption of raw garlic could reduce esophageal cancer. Garlic can also be used externally in oil form to treat fungal infections like ringworm. 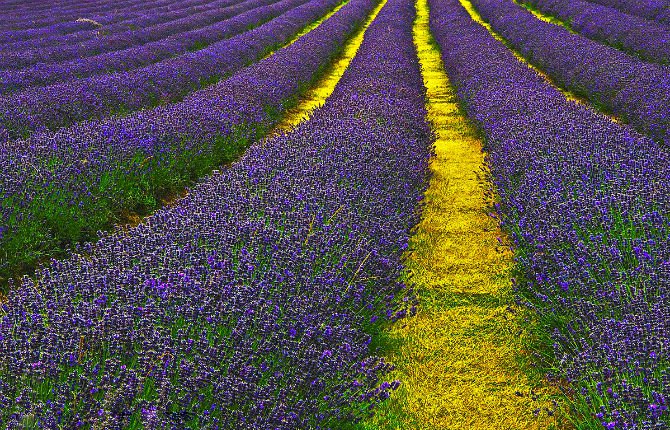 Place of origin: Mountains of the Mediterranean

Lavender was originally used by the ancient Greeks and Romans in their baths to scent the water, treat headaches, and for relaxation purposes. Similar uses for lavender are still popular today, and it is said that sniffing lavender oil or rubbing the solution on your temples can help treat a migraine. Like rosemary, lavender is also good to rub on your scalp for combatting dandruff, plus it can also fight bloat and soothe itchy skin (when applied topically). Or just add it to your bath to relax like an ancient Roman! 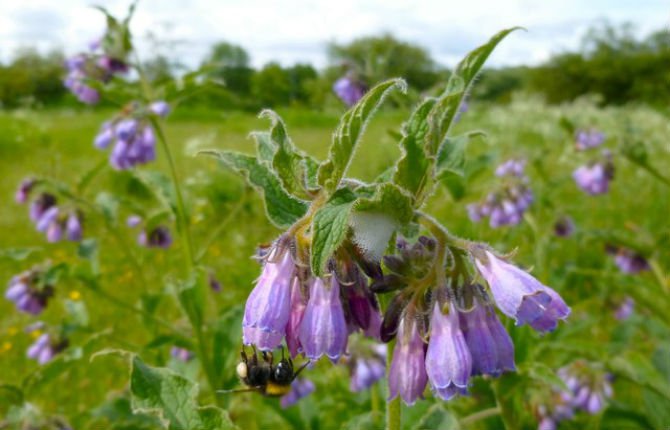 Place of origin: Europe and Asia

Valued as a medicinal herb for over 2,000 years, comfrey has been used to treat everything from boils to nasal congestion. Though comfrey should never be ingested because it’s been linked to liver problems, externally it can be used in ointments, salves and essential oils to help cuts and scrapes heal more quickly.

So there you have it, 10 treatments straight from mother earth herself. (Thanks Mom!) While scientists will always dispute the efficacy of herbal or alternative remedies, they have certainly stood the test of time. For people worldwide herbal remedies remain the most accessible and affordable treatment options available, so that when a child is suffering a cold or scrapes her knee, a homemade tea or salve is the first line of defence. So the next time you feel something minor coming on, maybe turn to a cup of tea before popping a pill, it might just do the trick.

Of course, none of these treatments are a replacement for modern medicine (especially when it comes to serious injuries or diseases), and the fact remains that far too many people in the world lack adequate healthcare and treatment options. As soothing as they may be, lavender and chammomile do nothing to treat malaria, polio, or tuberculosis, and so a balanced, science-based, approach to health is always needed.

So go to TAKE ACTION NOW to ensure that the world manitains this balance and that children have access to adequate healthcare.