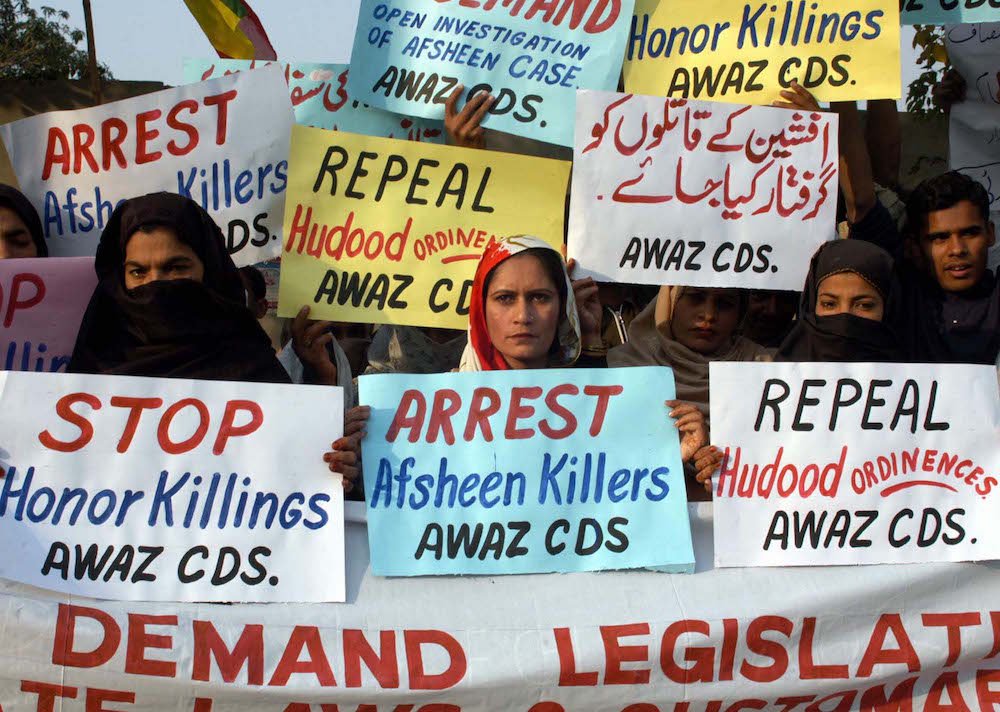 Around the world, 5,000 girls and women are victims of “honor killings” each year. These murders are supposed to restore the honor of a family or a community when a woman behaves against local customs. Offenses can range from dressing inappropriately to being raped.

Victims of honor killings often die at the hands of their own fathers, brothers, and uncles — the very people who are supposed to support and protect them.

Take Saba, for example. She is a Pakistani girl whose father and uncle attempted to murder her at the age of 18, simply for wanting to marry for love. Saba lived to tell her story in Sharmeen Obaid-Chinoy’s Academy Award-winning film A Girl in the River: The Price of Forgiveness.

Even though honor killings are considered murder in Pakistan, the murderers are easily pardoned if the victim’s family agrees to forgive them. When the crime is committed by another member of the victim's family, there is almost always pressure to forgive the murder to avoid criminal punishment.

The Pakistani Senate last year unanimously passed a bill to end the pardoning of honor killings and to make it a criminal offense. But the legislation remains stalled in Parliament.

Sign the #LeveltheLaw petition and tweet at Prime Minister Sharif and Speaker of the National Assembly, Sardar Sadiq, to make sure they hear our message: The time to end honor killings is now.

We need to stand in solidarity with Sharmeen Obaid-Chinoy and girls like Saba and introduce the Anti-Honor Killings Law Bill 2014 for a vote in Parliament, to put a stop to honor killings forever.

The festival is back for its fifth year! Global Citizens have a chance to win tickets by taking action to help solve the world’s biggest challenges. You can choose from a range of actions that earn you points. Once you earn enough points, you can enter the draw for festival tickets. Every two weeks we will launch a new campaign with a different challenge for Global Citizens—and a chance to win. (Redeeming previous points will not qualify you for the draw.)