Global Citizen met with the photographer behind them to talk elections, the future, and art.

Why Global Citizens Should Care
Young South Africans are facing challenges including inequality, unemployment, and poverty. But by raising our voices and demanding to be heard, we can make a difference. Global Citizen is building a global movement of young people with the information and drive to shape a better future. Join the movement by taking action here to end extreme poverty.

An award-winning photographer has been working with dozens of young people from Johannesburg to send an important message for building a better South Africa.

Jodi Bieber, who has been a photographer for 25 years, has launched a public poster campaign in the lead up to the May 2019 general elections featuring 45 young people from different cultures, income groups, and areas — giving them a platform to share their visions for themselves and South Africa.

The poster series — called #i — Bieber focused on young people aged 15-23, those she defines as the “internet generation.” They are a generation that grew up free from apartheid, according to Bieber, with the opportunity to access information and communicate using new technology that integrates them within a larger global community. 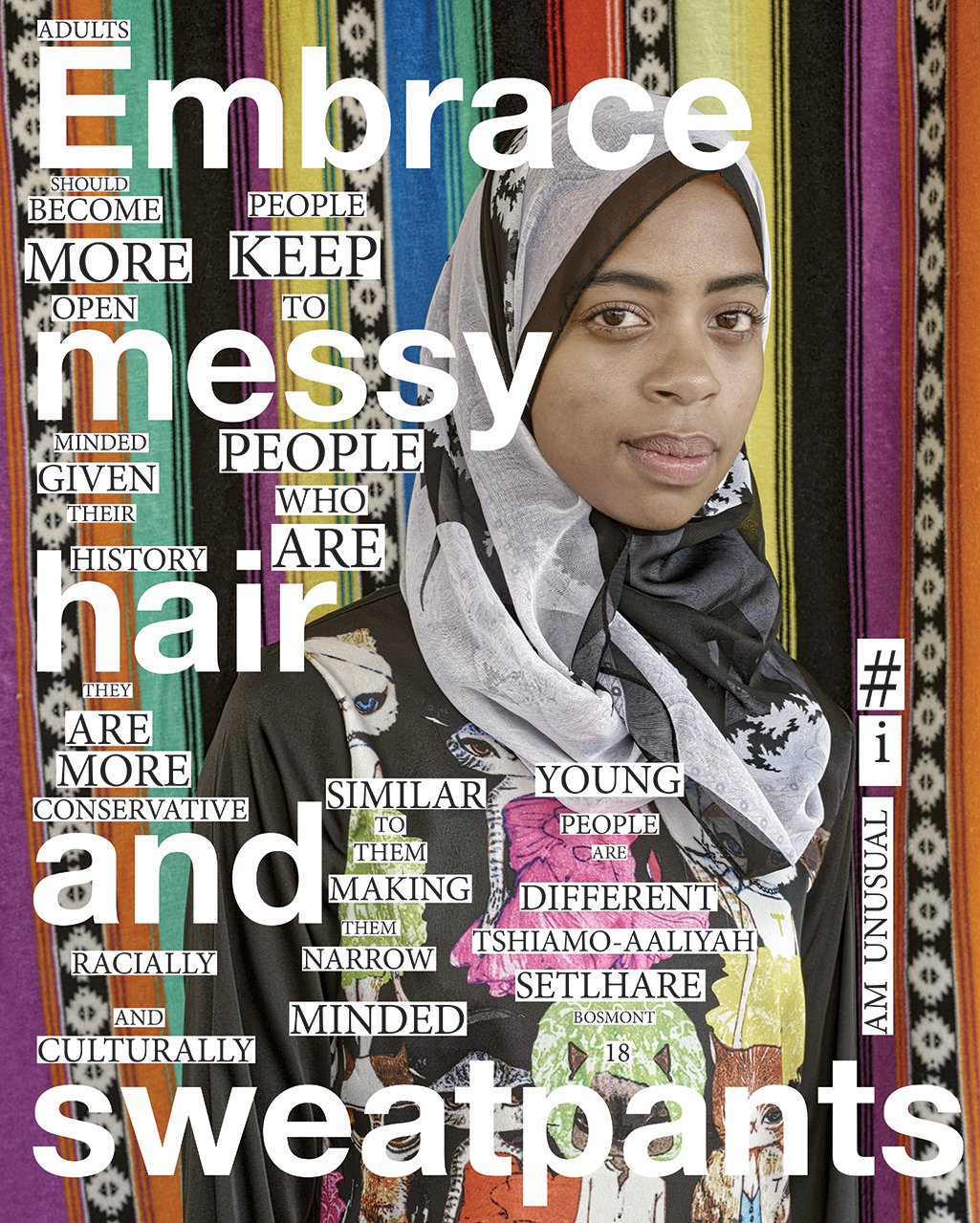 “Young people are more exposed to the world,” Bieber tells Global Citizen, about why she chose to focus the project specifically around younger voices. “They have more access to information, knowledge, and some opportunities are a little bit easier because of digital.”

“I have taken on this project because I believe that young people can lead our future with new, fresh narratives,” she adds.

The project aims to share the messages of the young people featured with the masses — involving them in speaking out about the issues they face, their fears, and their dreams.

Ähnliche Geschichten 7. Februar 2019 South Africa Is Going to the Polls in May. And 31% of New Voter Registrations Are Under 31.

“In the project, the hashtag is for connecting and the ‘i’ is for being an individual,” she says.

Bieber recalls a time that her world of photography was dominated by political coverage but now, spending her time mentoring and teaching young photographers, she is inspired by the change that she’s seeing in the images captured by the younger generation.

“Their work shows a new vision and stories about themselves and their current state,” she continues. “They are creating their own kind of unique way forward for themselves that speaks to their time and current struggles.” 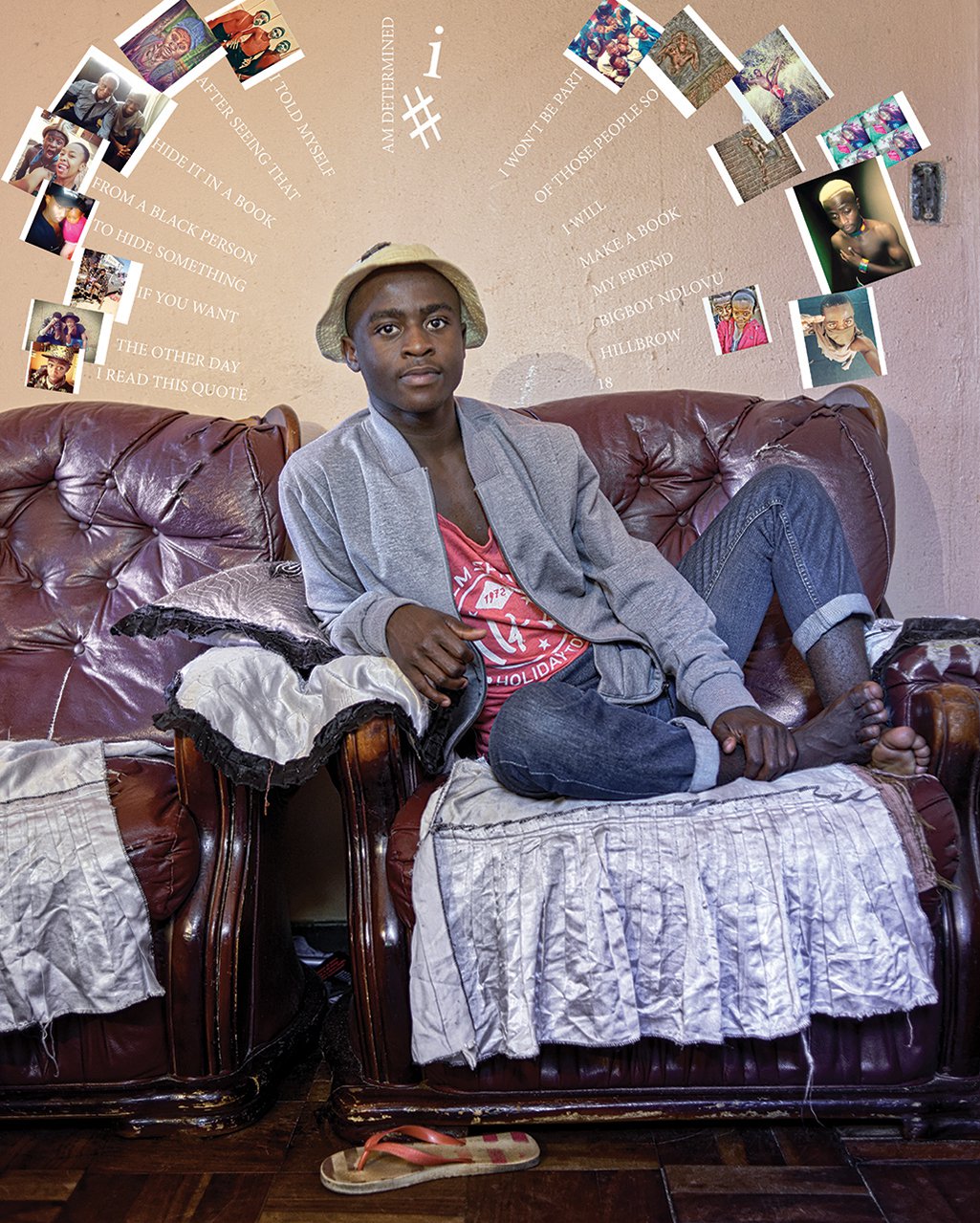 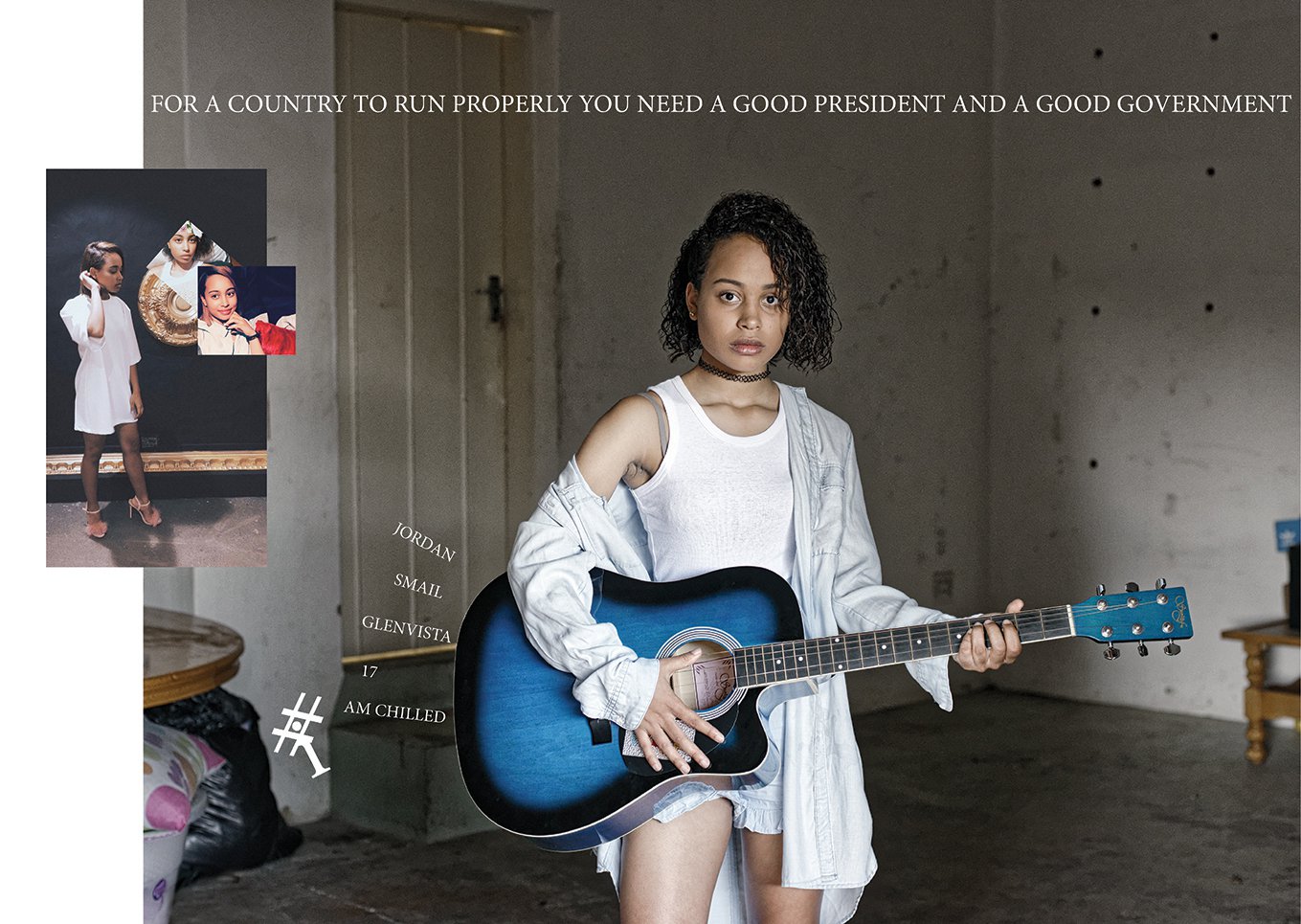 The project #i really began back in 2016, and it took two years of hard work from Bieber before it came to fruition

When recruiting young people to be involved in the project, Bieber visited a lot of different spaces around Johannesburg to find a wide range of young people to whom she could help give a platform.

“I visited the Hillbrow Theatre, where they were having a theatre project for inner city schools,” she says. “I stood on stage and presented my idea and asked people to reach me on Whatsapp.”

She also visited Rosebank College in Braamfontain, where she gave a lecture to media studies and journalism students about her photography in exchange for finding people for the project.

Through those initial Whatsapp conversations, those interested began spreading the word to their peers from church, their neighbourhood, and other places, and Bieber found herself being contacted by more people than she could reach. 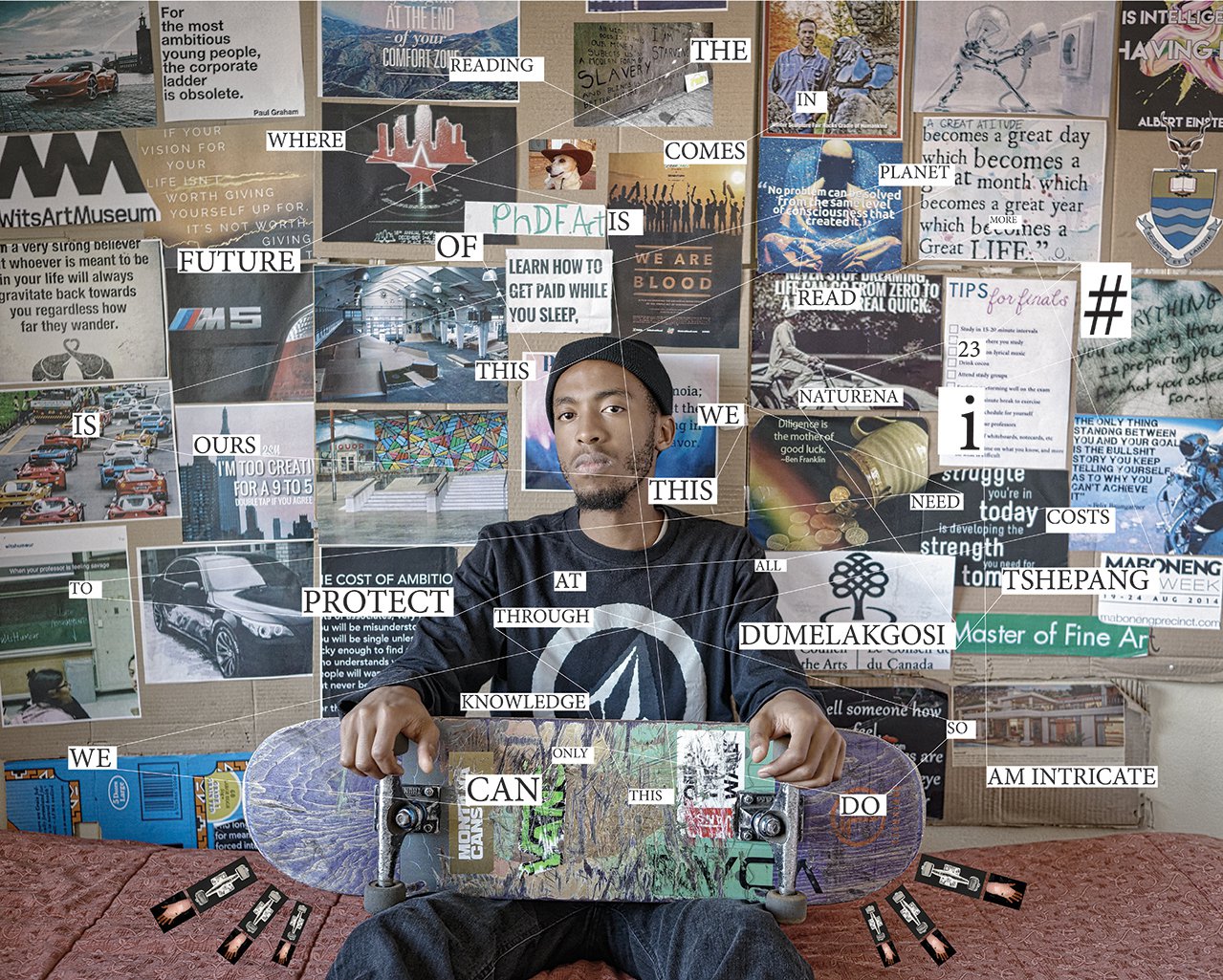 “For the project itself I had wished to work with every young person who approached me, but I realised that in relation to space, to funding, 45 was quite a lot and convenient,” she adds. “I kept the project at 45 people only for practicality.”

Then, she spent three hours with each of the chosen 45, with time split between taking photos of the volunteers and talking to them in their homes.

The result is that each poster is a representation of the individual’s personal voice, expressed through their image; a single word they each chose to best describe themselves; a powerful quote chosen to serve as a message to South Africa; and some photographs from their own phone.

The point of including the volunteers’ own photos too, according to Bieber, is to “tell and capture the story of young people in their own capacity.”

One of the messages shared is: “I believe for the country to be run properly you need a good president and a good government.” 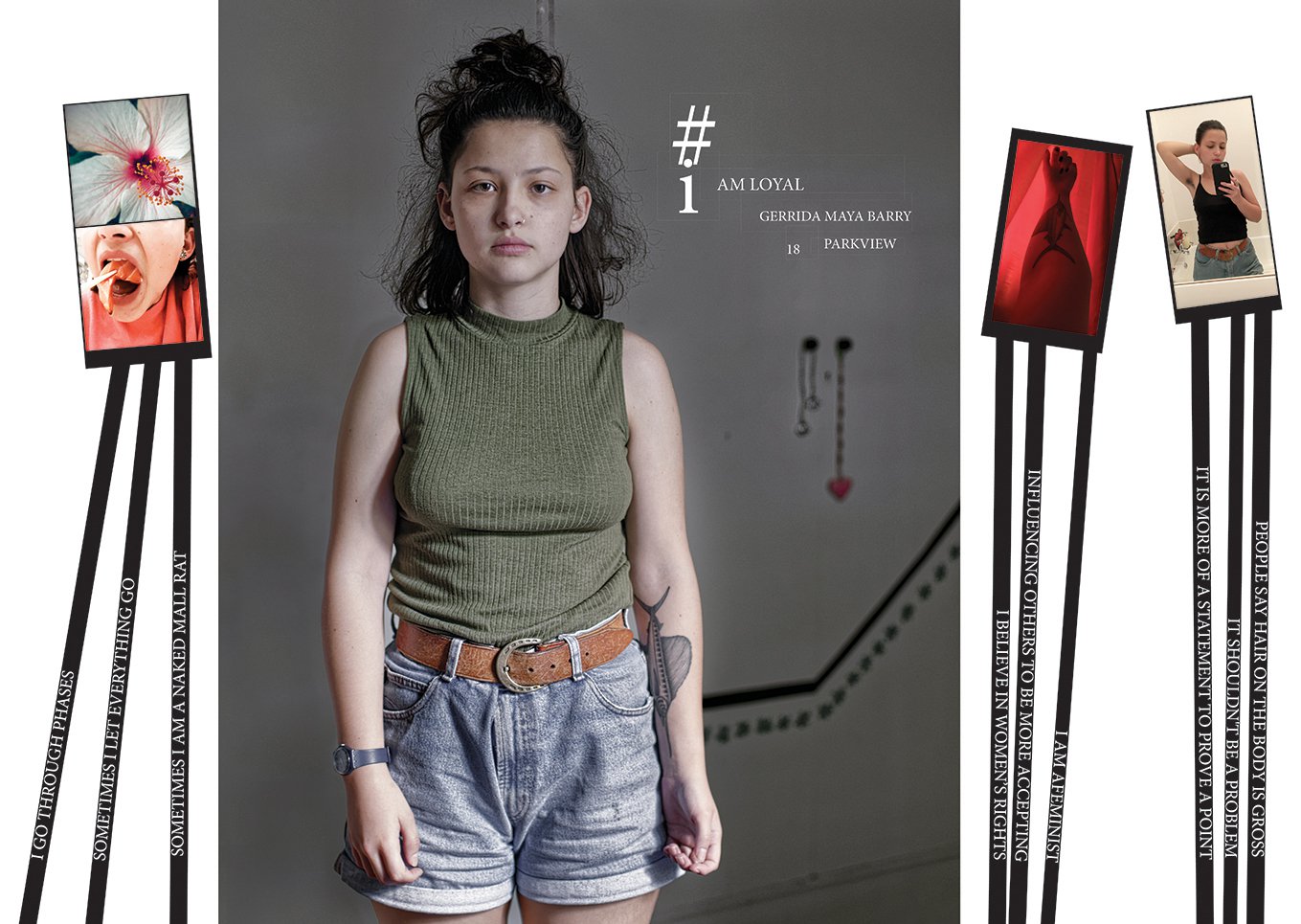 Another reads: “The future of this nation or the planet is ours. This is something we need to project at all costs. We can only be able to do so through knowledge. This is where reading comes in… read more.”

Photographed by Bieber and designed in collaboration by Benton Maart, each poster can be viewed as a love letter to South Africa from the younger generation — a generation that dreams of a good future for their country and its people, free from struggles such as poverty, drug abuse, and teenage pregnancy.

The project was first exhibited at Basha Uhuru Festival at Constitution Hill, where 400 posters for each of the 45 young people were printed and shared with people for free.

It was here at Constitution Hill that Bieber also noticed how much the international community were able to relate to the project — even though the posters tell a South African story, others were also able to contextualise it in their own environment.

Bieber hopes that, in viewing the posters, people can enjoy their beauty but also understand the young people’s messages — to hear them, and to use these messages to shape a South Africa that accommodates young people.

“I chose [to create] a public poster campaign where people can take them for free, first to introduce art as a medium that informs, enlightens, gives you a sense of what young people want,” Bieber continues. “When you take the poster, you give it another life. For example, by hanging it on the wall where your friend sees it, that adds another dimension. The message is being spread.” 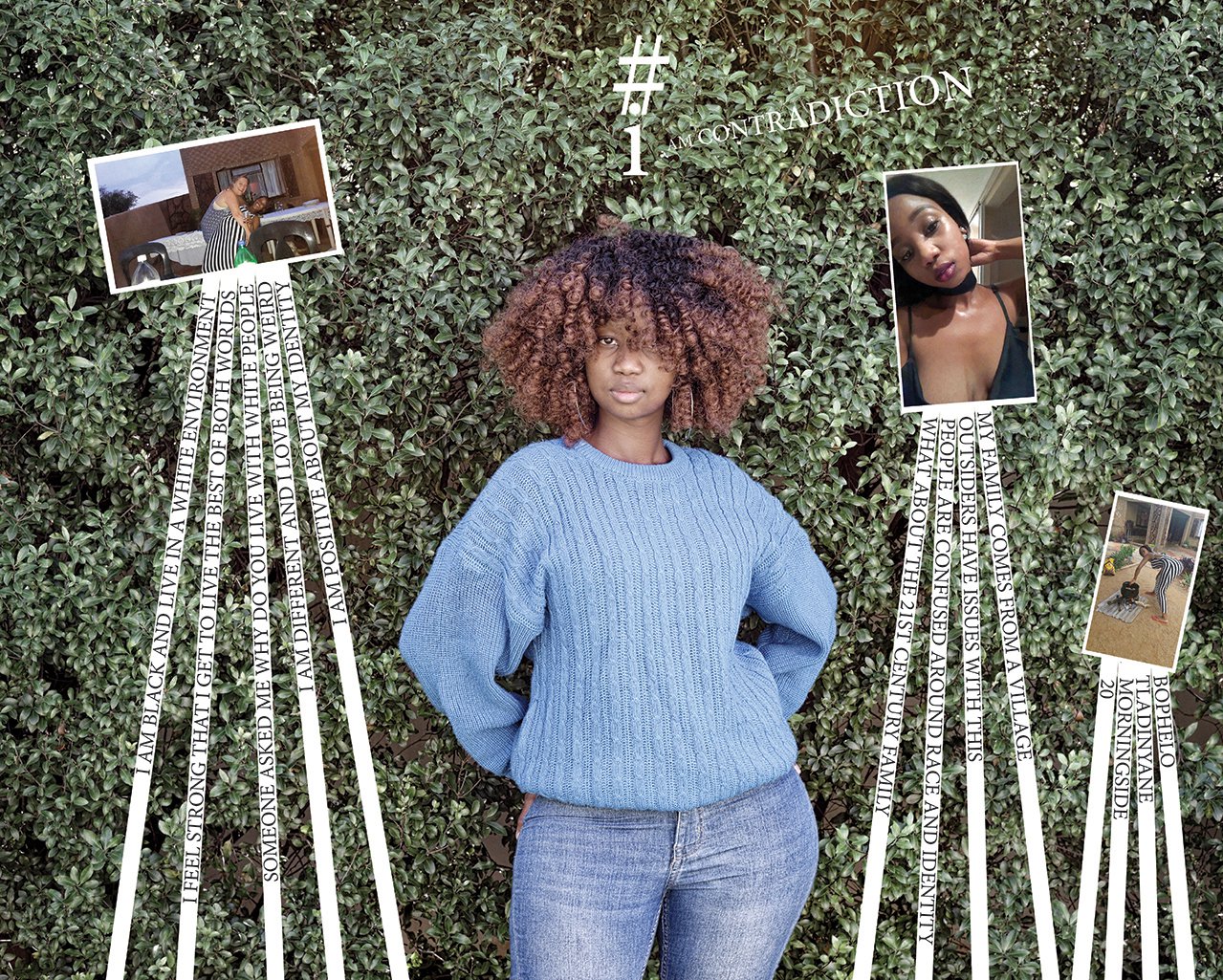 “The words echoed were for fresh new conversations, new ways of being, of living their lives, and creating their own stories,” she says.

Like the volunteers who featured in her project, Global Citizen asked Bieber to choose one word that best describes her feelings about the project.

“Because I managed to get this out,” she said. “To enter into different people’s lives gave me an understanding of where people come from. I think that’s a real treat and an honour.”