Why does a child have to win a Nobel Prize before we listen to them?

If we truly care about Malala’s story, then surely we must act for other children too 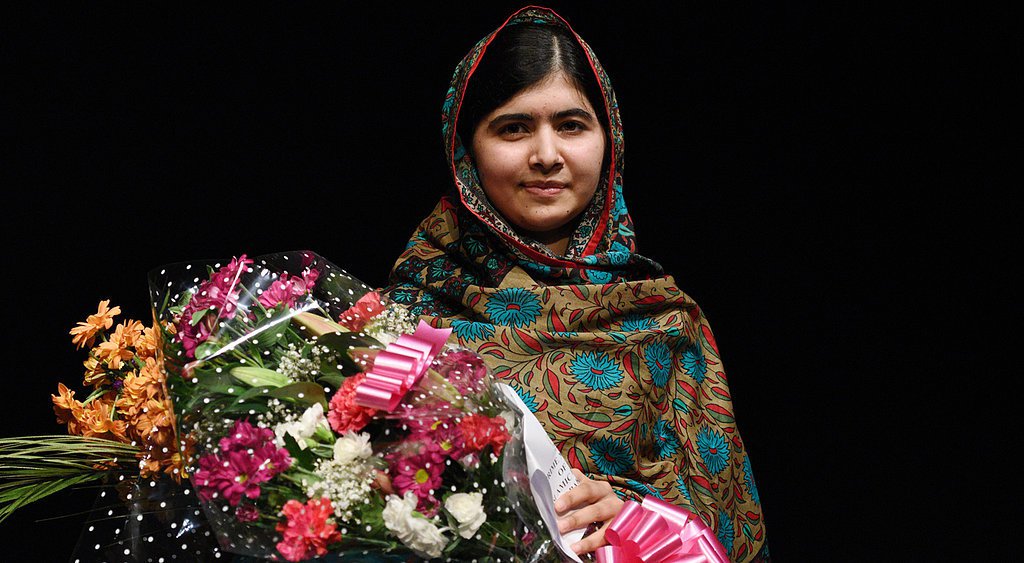 I love Malala. Her drive, her determination and her courage is an absolute inspiration, and her biography is one of the most enlightening books I’ve read in years. I recently sat on a train quietly shedding a little tear as I read the particularly harrowing chapter where a now infamous Talib pulled over a school bus full of children and shot Malala at point blank range. She was a 15-year-old girl, guilty of nothing but wanting to go to school. The violence was incomprehensible.

Since the shooting, Malala Yousafzai has quite rightly been given the world’s respect. The youngest winner of a Nobel Peace Prize, she is now invited to speak in front of the world’s most powerful leaders. Recently she pleaded with governments worldwide to consider the greatest gift she could receive for her 18th birthday: to invest in books not bullets. Her voice has inspired countless young people around the world to stand up for their rights, and for the rights of others. She is a living embodiment of her own words - “one child, one teacher, one book, one pen can change the world.” 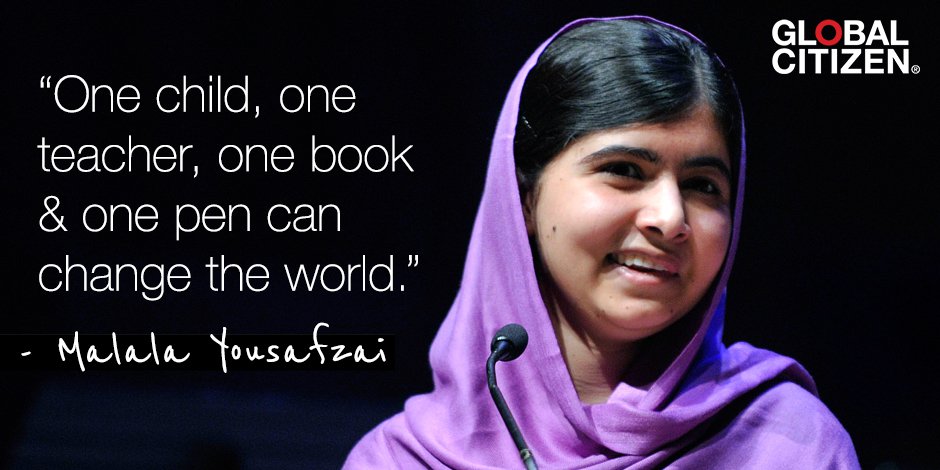 However, as I watch Malala speak, the question that remains in my mind is “why did a child have to be violently attacked before the world listened to her voice?” Malala writes in her biography that the Taliban “made [her] fight global”, as support poured in from around the world as she fought for her life after the shooting. But surely it should not have taken a child to suffer such a brutal attack before the world listened?

As a founder of Nakuru Children’s Project, a small NGO that works to improve education and relieve poverty for children in Kenya, I witness first-hand how the lottery of life works. As a girl born to a middle-class family in a developed country, I was afforded free education, a peaceful society in which to live and grow, and opportunities that many more deserving children could only dream of. Meanwhile, a girl born into an impoverished family in Kenya must struggle to pay school fees, find money for food, spend her school holidays doing hard manual labour in the fields to support her family, and deal with the constant threat of sexual harassment as she tries to better her future. It’s not fair. Malala spent her childhood threatened by violence and oppression from the society into which she was born, her education jeopardised by the country of her birth. 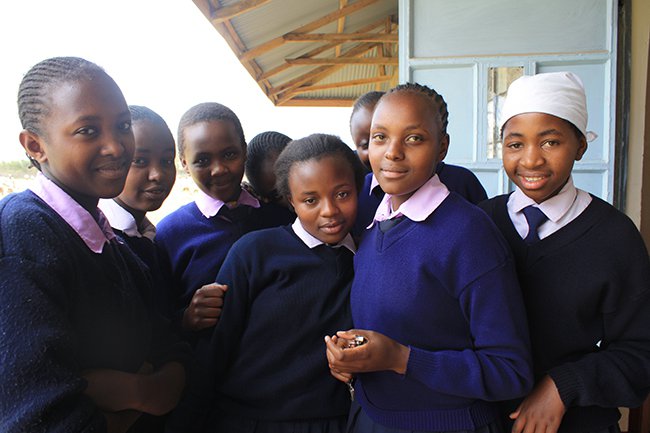 Several years ago, I visited a simple stone house, shared by Andrew*, a 17-year-old Kenyan boy, his parents and seven siblings. I sat on basic wooden chair drinking milky Kenyan tea as Andrew and his noisy family chatted away, laughing, telling jokes, offering me food and singing to the radio. Andrew is the life and soul of his family, a prefect and peer-counsellor at his secondary school. He always has a huge smile on his face, and is the first to offer help to friends, teachers or family. Several years earlier, we’d found him a sponsor so he could progress to secondary school, a dream which would have been impossible if not for the financial assistance we offered. My visit to their house was the first time I’d been introduced to Andrew’s family since we took him on as a sponsored student. We were laughing, taking photos, and joking around, when suddenly his mum looked at me wistfully and told me, “you know, when Andrew thought he wouldn’t be able to attend secondary school, he told me he would hang himself”.

I turned to Andrew - a boy I had only ever known as happy, confident, and a leader in his community - and asked in shock “is that really true?” He looked at me sadly and said “you know, you do that because you have seen that there is no need for life on this earth. You are pushed somewhere until you feel ‘even my God has forgotten about me.’ When you look at your parents...they are trying, but what they are getting is not enough. It is very small.” As a younger boy, Andrew had finished primary school several years earlier only to be told by his mother that there was no money for his secondary school fees. The family had hit bad times, and his elder sisters dropped out of school, one of them only a term away from graduating. Andrew was forced to choose - return to primary school, which is free in Kenya, with the younger children, or resort to hard manual labour and potentially remain trapped in poverty for the rest of his life. Andrew chose to repeat the last two years of primary school, and made the best of an awful situation by mentoring the younger children, setting up a peer-counselling scheme in his class, and being a positive role model to the younger boys. At 17-years-old, he finished primary school for the second time, with top grades. But there was still no money for his secondary school fees. 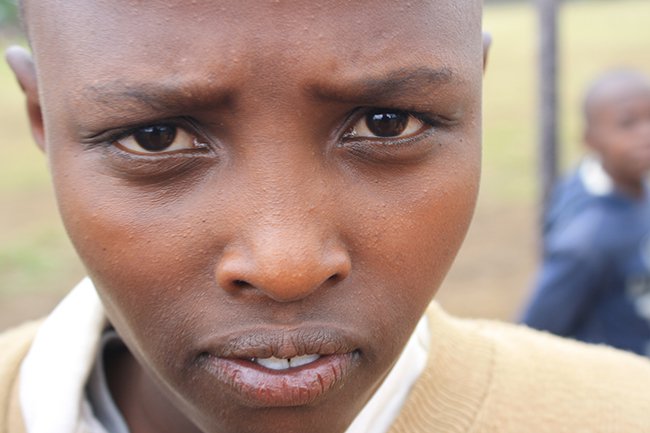 Andrew told me how he would spend every holiday and weekend carrying heavy stones, digging on farms, or doing any other work possible just to earn a little money. But it was barely enough for food for his family. “In the morning I get up, I do my studies, then I go out to work all morning, and come back for lunch, if there is lunch. But maybe there is no lunch. Then what you do is you just sacrifice. You pretend you have eaten, and you go back to work. You wait until the night, then you consume what you have. And life goes on.” Except Andrew didn’t want it to go on. This incredible young man, who was a leader in his community, helping so many younger children, and working every hour possible for his future and the future of his family, had hit a dead end. No money meant no education. No education meant no end to the constant financial struggle. He couldn’t see a way out.

A boy whose only dream is to go to school almost puts a rope around his neck because of crippling, systematic poverty. Why isn’t this a story worth telling? Why isn’t this front page news? Does this story not make the world angry? Is it easier to focus our blame on an enemy like the Taliban, rather than turning our attention to the complex and difficult issues which almost push a boy like Andrew to suicide?

If Malala has demonstrated anything, it’s the incredible power of one child to change the world as we know it. Now that Andrew is in secondary school, his fees paid by Nakuru Children’s Project, he tells me “I am going to work hard in school, and when I finish, I am going to help my family. I am going to help them, so they can improve. And help other families, and other children. I am not your family, but you have helped. So even I am going to help in the way you’ve helped me”. 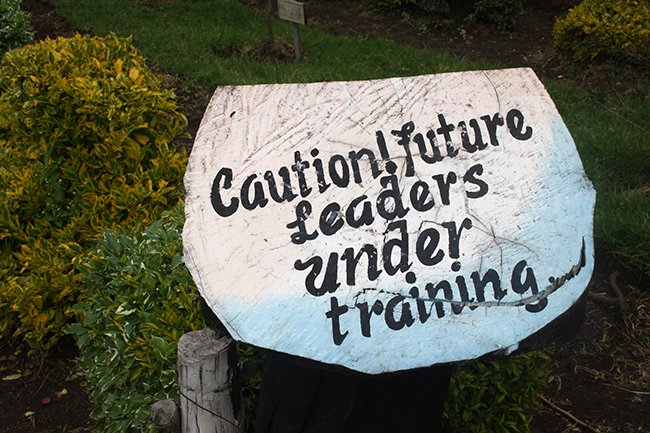 Accepting the Nobel Peace Prize, Malala spoke the powerful words “I tell my story, not because it is unique, but because it is not.” Whilst Malala has become a global icon for peace and education, today there remain 59 million children who miss out on a primary education. As Malala’s voice is respected worldwide, the voices of children like Andrew, are too often ignored, their rights trodden on by poverty, war, and inequalities. If we truly care about Malala’s story, then surely we must act on Andrew’s too?

If you believe education and the voice of youth should be a priority around the world send an email in TAKE ACTION NOW calling on leaders to increase funding for education.