This innovative startup is rebooting opportunity for African youth

Amid the many statistics showing Africa’s path toward global leadership and fast-paced economic growth, one fact invariably shines through:

The African continent has the youngest population in the world, with over 200 million people between the ages of 15 and 24. The continent has an average age of 19.7, compared to 30.4 for the rest of the world.

You may not believe it, but economists and policy makers agree, such a large swell of young people offers up the chance for enhanced justice, increased prosperity, and long-sought after stability throughout the continent. Overlooking the significance of this continent-wide force of youth would squander the transformative power of an entire generation of change agents and leaders.

Essentially, this wave of untapped creativity and youthful energy must be channeled to achieve social reform, economic development, and an opportunity-filled Africa for generations to come.

I’m not the only one who is talking about the importance of harnessing Africa’s dynamic youth. In a speech to the African Union during his visit to Ethiopia four months ago, President Obama stressed the importance of providing structure, opportunity, and job-ready skills to a budding generation of African youth to ensure a strong, stable, and prosperous future for all Africans (at the 10:30 mark in the video below) .

The promise of a paradigm-shifting generation of young African entrepreneurs is here, and one innovative program is striving to unlock their potential.

That program is Andela. Based both in New York and Lagos, Nigeria, Andela works as a talent accelerator, educator, and force for finding and training Africa’s future leaders and shapers of technology and culture.

Andela’s role in a youthful Nigeria

With a population of 178 million people, Nigeria is Africa’s most populous country. The country also has an average median age of 17.9. Compare that with the United States, where the average American is 34 years old, and you can begin to imagine the amount of untapped talent and growth that lies dormant throughout Nigeria. In addition, Africa will have more people joining the workforce over the next 20 years than the rest of the world combined. This means one thing: Africa’s surging population must be met with education, job-training programs, and a diverse pool of jobs in the global labor marketplace.

One industry where there is a serious hunger for top-quality talent and no geographic limits for employment is software development and programming. Combining an in-depth knowledge of the tech space with a strong understanding of Nigeria’s current youth unemployment crisis (currently at around 50%), Andela launched in 2014 with the mission of finding and training world-class African developers, linking them up with the world’s best tech companies, and ultimately creating experienced, impassioned developers primed to trail-blaze new products and services in their home countries.

Within the first week of launching Andela, 10,000 unique applications flooded in to the start-up’s New York City and Lagos’ offices. In response, the team at Andela developed a highly-selective and rigorous application process to identify the country’s best and brightest developers. The result: A student acceptance rate of 0.5% (much more competitive than the Ivy league school you dreamed about attending), and a talented group of 100 Nigerians ready to undergo 1,000+ hours of technical training as a part of Andela’s inaugural class.

The team at Andela firmly believes that “brilliance is evenly distributed, but opportunity is not,.” In the US alone, there are 181 million unfilled IT/technology jobs, and Andela’s hope is to build an elite group of 100,000 African developers in the next 10 years to begin to fill these job openings (Andela students have already worked for leading technology companies such as Windows and Udacity). With programming skills and experience working for top tech companies, Andela envisions the growth of a gifted group of professionals working for the best global companies.

Taking on the biggest imbalance in tech

Andela’s mission is not limited to solving the problem of developer demand and lack of opportunity for Africa’s fast-growing youth population. They are also attempting to set straight a shocking global gender imbalance in the world of software development and tech.

In a recent survey conducted by Stack Overflow with over 26,000 programmers and software engineers from 157 different countries, 92.1% of the respondents identified as male, with a mere 5.8% identifying as female. Andela’s answer - Nigeria’s first and only all-female technology bootcamp. The first boot camp, held in late 2014, was free and open to all Nigerian women. 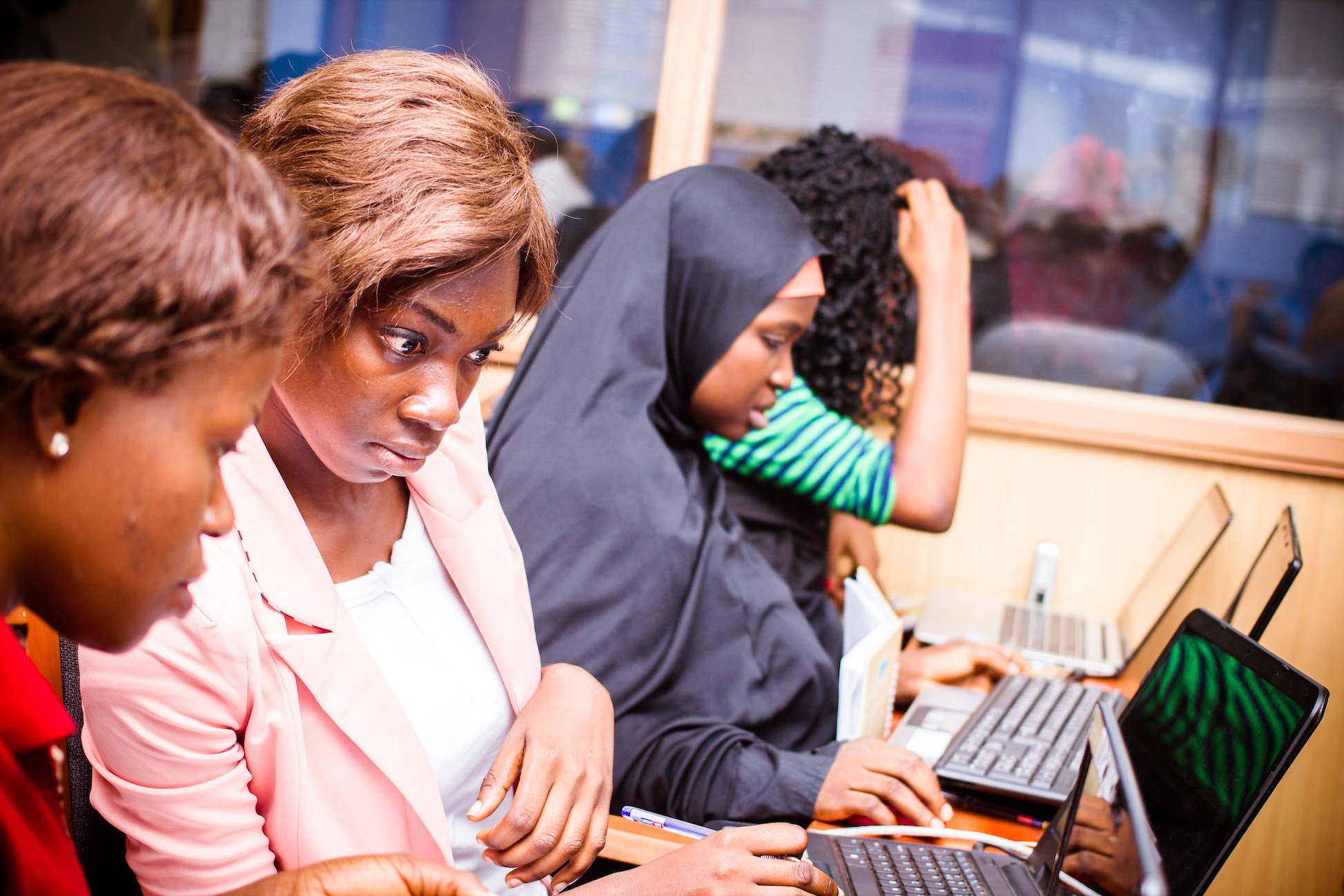 “There is a view among some that women in Nigeria are not interested in technology, but not only do I believe that is not true, I have seen it is not true during each Andela recruitment cycle”, states Andela co-founder Iyinoluwa Aboyeji.

Empowering Nigerian women by equipping them with one of the most in-demand skill sets in the global labor marketplace - sounds like a great idea to me.

Beyond its good will, Andela’s model could significantly shake up the way we consider, craft, and deploy educational programs and financial aid. Uniquely positioned in a tech sector where “demand [for labor] is inexhaustible," Andela’s pitch to tech companies is clear and straightforward: Hiring an Andela-trained developer not only empowers “Africa’s best and brightest,” it also makes practical business sense for companies trying to expand their bottom line and recruit talent.

ThemenEducationTechnologyNigeriaAndela
Brought to you by