5 UK Exhibitions All Global Citizens Must Catch While They Can 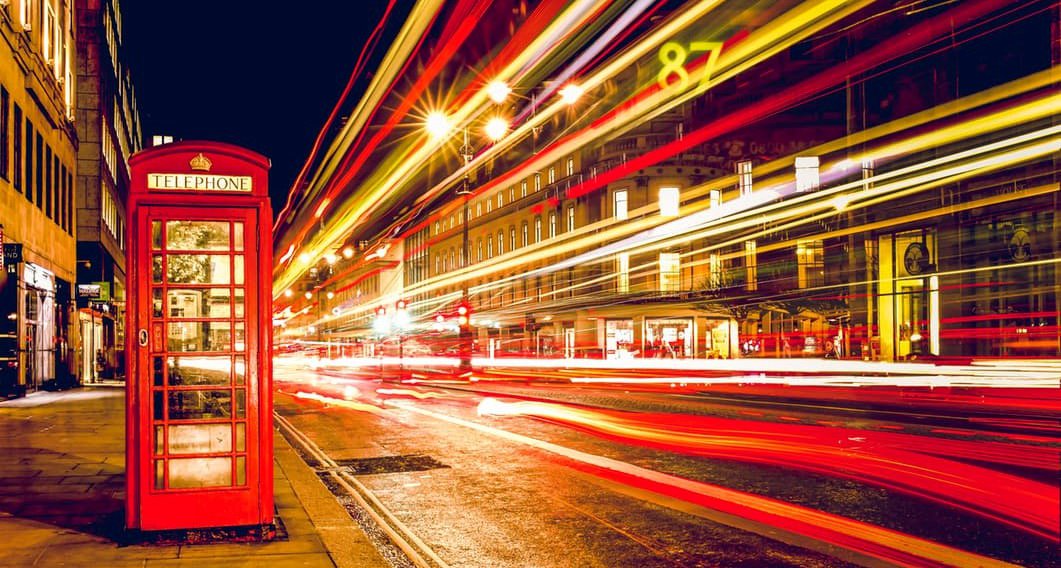 Across the UK right now there are a number of awesome exhibitions that we think you'll love! Capture a love for culture while delving deeper into the issues that we take action on. After all, being a Global Citizen is a way of life - so why not add a little fun to the mix?

From Liverpool to London make sure to check out some of these fantastic exhibitions in the UK while you can.

A passionate story taking you through the modern history of peace marches and the anti-war sentiment that has impacted on real people over the past decades can be found in London until late August. Beginning with the marginalised crowds of the First World War, this impassioned exhibit travels through the thoughts and feelings of peace protesters throughout the 20th and 21st centuries, right up until the Iraq War.

“Amid the faceless crowds and chanting there’s an infinite number of real stories to be told.” said Time Out Magazine. The exhibition leads you through the stories of many generations coming together: a different time, but with all too familiar emotions. One recent review from the Telegraph commented that, “Perhaps the most heartrending thing, then, about this exhibition is the thought that, despite the aims and actions of the international peace movement over the past century, collectively, as a species, we have learned nothing at all.”

This exhibition is perfect for Global Citizens seeking to look back in history and understand the powerful footsteps that we’ve been walking in. If you have been empowered by the Women’s March, or other recent peaceful acts of protest, then check out this wonderful collection while you can. 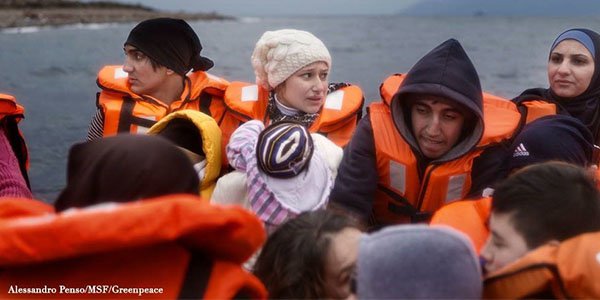 A relatively new £1.5m development, The Huguenot Museum, was opened in 2015 by Princess Alexandra. The museum dedicates itself to the 17th century French Huguenots who fled religious persecution to England. The collection holds a number of artefacts from the dangerous and uncertain journeys of many seeking asylum during this time.

The museum itself has staged parallels with this period in history and modern day migration journeys by holding special displays including art work by unaccompanied child refugees. “Exodus: the Journeys of Unaccompanied Young Refugees” is an example of how art can work as an outlet for these young survivors to show the impact of their circumstances. The deeply personal artwork on display includes a patch-work life jacket, sketches of the treacherous journeys through the Libyan Desert and print designs of what ‘life’ means to them. 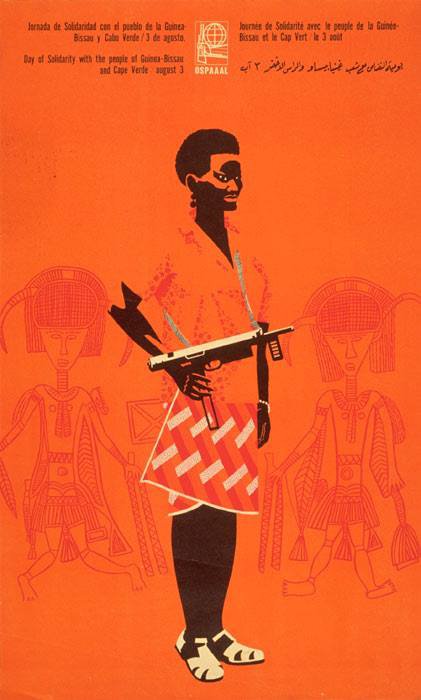 The Art of Solidarity holds a core message for Global Citizens: unified, we can support freedom throughout the world.

The Organisation in Solidarity with the People of Africa, Asia, and Latin America (OSPAAAL) captivatingly demonstrate the resistance of a number of liberation movements throughout Africa with a collection of 32 posters. Through this creative perspective, the exhibition highlights Cuba’s support for the independence movements that swept across Africa, highlighting the struggle throughout the developing world to escape imperialism.

"Many of the works focus on the fight against foreign domination and the struggle for self-determination, conveying resistance to colonialism and apartheid, including visual references to the struggle against racism and discrimination,” outlines Carl-Lokko, the curator of the National Slavery Museum. “They provide an insight into many of the conflicts that continue to plague regions of the world today.”

OSPAAAL stopped printing these posters in the 1980’s, and now use the art to show “solidarity with the Third World people’s struggles, claims and most precious desires.” It is clear that many of the struggles portrayed through this striking and emotive exhibit can unify people of different cultures, conflicts and times under the banner of solidarity and self-determination.

4) The Migration Museum: “Call Me by My Name: Stories from Calais and Beyond” 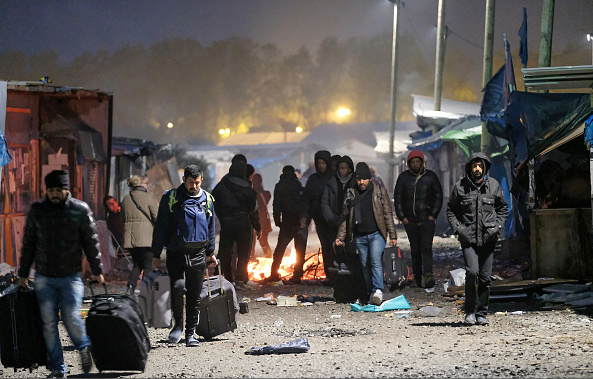 “Call Me by My Name: Stories from Calais and Beyond ” concentrates on humanising the plight of refugees living and travelling around the desperate conditions of the "jungle" camp in Calais. This exhibition challenges us to look at our own perceptions of migration and how we perceive those in crisis. Even the most compassionate of viewers is forced to take a step back and contemplate their observations.

“I wish it could [have been] on for longer so that more politicians could have seen it," said Lord Alf Dubs, the man behind the recently scrapped Dubs scheme. "The exhibition brought home how the human spirit can triumph over the most appalling conditions. Congratulations to all who put this on."

These true stories capture the struggle of daily life for many people fleeing war and hardship. Lord Dubs, who has campaigned tirelessly on refugee action, compels us to recognise not only the struggle of these people but also the accomplishment of continuing to survive.

“It has no grand goal, just to increase sympathy and understanding. Like this exhibition, it’s not providing solutions. It encourages us to think carefully and ask questions," said a London Calling review. The emotive truth behind the struggles and suffering of these humans has been framed perfectly for Global Citizens looking to learn more about the individual stories of Calais refugees. This exhibition is a must see and hopefully can channel a dialogue of change for the future. 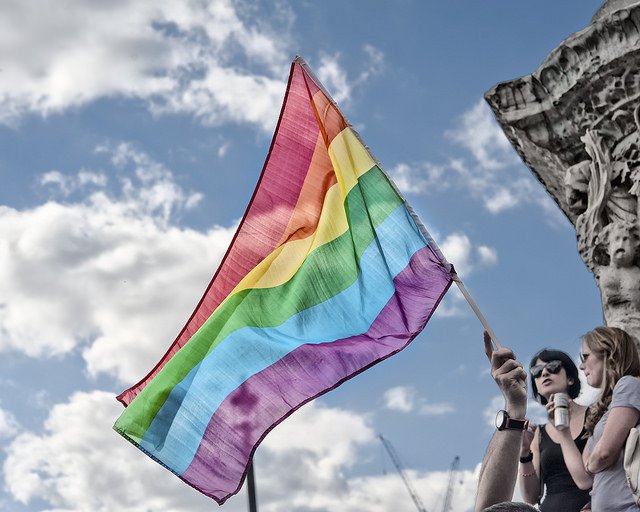 50 years ago it was illegal for gay men to have sex in the UK.

The journey that the UK LGBT+ community has travelled since this time is momentous. This exhibition at the Manchester People’s History Museum brilliantly journeys through the struggles many UK citizens faced in order to be treated with basic human rights.

The exhibition was opened in March 2017 by Sir Ian Mckellen, Paul Fairweather and the Lord Mayor of Manchester as an educational passage through the dark modern history of the LGBT+ political, legal and cultural struggle. Manchester itself has been deeply embedded in this struggle, showing a core resilience through the largest UK LGBT+ rights protest to date in 1988. This gathering was a reaction in coordination with the original “Never Going Underground” campaign, protesting against Section 28, which prohibited the promotion of homosexuality.

Catherine O’Donnell from the People’s History Museum said: “Never Going Underground isn’t just about a moment in history, it’s about the activism, campaigning, people’s stories, past and current issues facing the LGBT+ community. Manchester itself is a huge part of this story and, as the home of ideas worth fighting for, we are hugely excited about the plans we have in place to mark the 50th anniversary of the 1967 Act.”

For Global Citizens who want to learn more about LGBT+  history, this exhibition is wonderfully truthful about both history and perception. Seeing how far the UK has come in the last 50 years can give us hope that global equality can be achieved through openness and activism.