More than 1 million lives to be spared from infectious disease

Investing in vaccines is key to curbing infectious disease.

This just in: The board of GAVI, the Vaccine Alliance, approved a huge chunk of money to be used for measles and rubella vaccinations. 1 million lives are set to be affected. 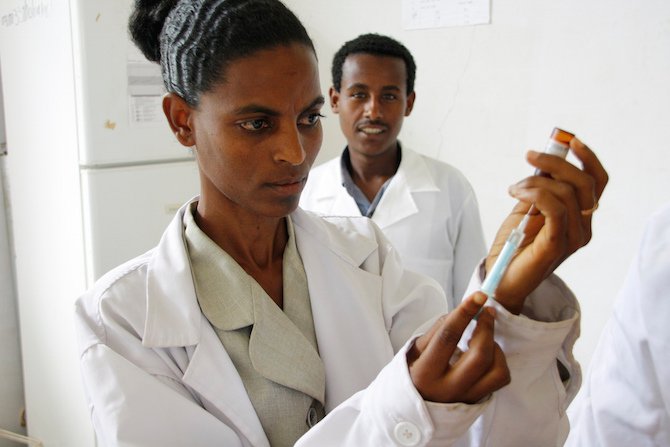 Quick refresher: measles and rubella are both viral diseases that cause fever and rash. While rarely fatal, rubella is dangerous because it can be passed from mother to fetus and cause birth defects. Measles is fatal in 10% of cases, and is one of the leading causes of death for children under five. Not surprisingly, the burden of these diseases falls heavily on the developing world.

Measles is one of the most contagious diseases known to man. It infects 90% of people who come into contact with it, and can live in the air for up to two hours. That means that you could walk into an office, sit in a chair that had been occupied by a measles patient hours before, and contract the disease. That is, of course, if you haven’t been vaccinated.

In the developed world, almost everyone receives the MMR vaccine as a child, which protects them against both measles and rubella. It is hugely important that almost all children receive this vaccine because if they don’t, a single case of measles or rubella could lead to an outbreak. 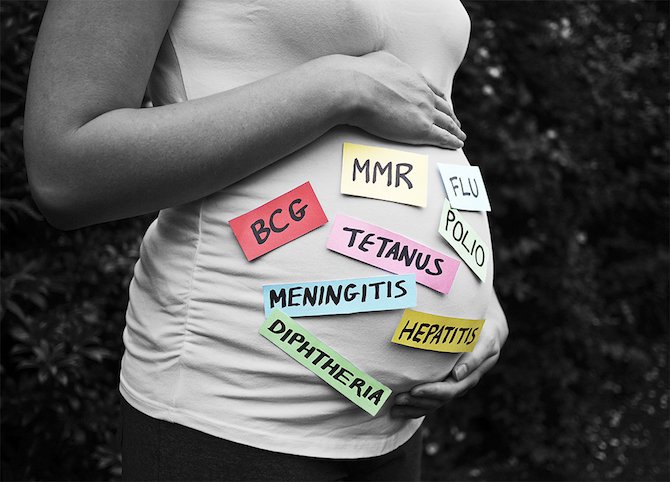 All the vaccines that children receive when they are born in the developed world.
Image: †#€ ßΩ∂†M∂И

How? Here’s a quick epidemiology lesson: When a certain proportion of the population is vaccinated against an infectious disease, the entire community is protected from the disease. For example, if you live in a house of 10 people where no one has received the measles vaccine and one person gets measles, your house will likely have an outbreak. If 90% of the people in the house are vaccinated (9 out of the 10 people), then there is no chance of an outbreak, even though not every person is vaccinated.

Take that idea to a country-wide level and the concept still holds. If 95% of the population is immunized against measles, then the likelihood of an infected person coming in contact with an unvaccinated person is basically 0. Everyone is protected from the disease.

This concept is called herd immunity, and it’s how groups like the CDC and the WHO map out their immunization strategy. In order to protect society from an outbreak, children must be vaccinated at a continuously high rate. In the case of measles and rubella, any more than 5-10% of the population left unvaccinated could result in a major outbreak. 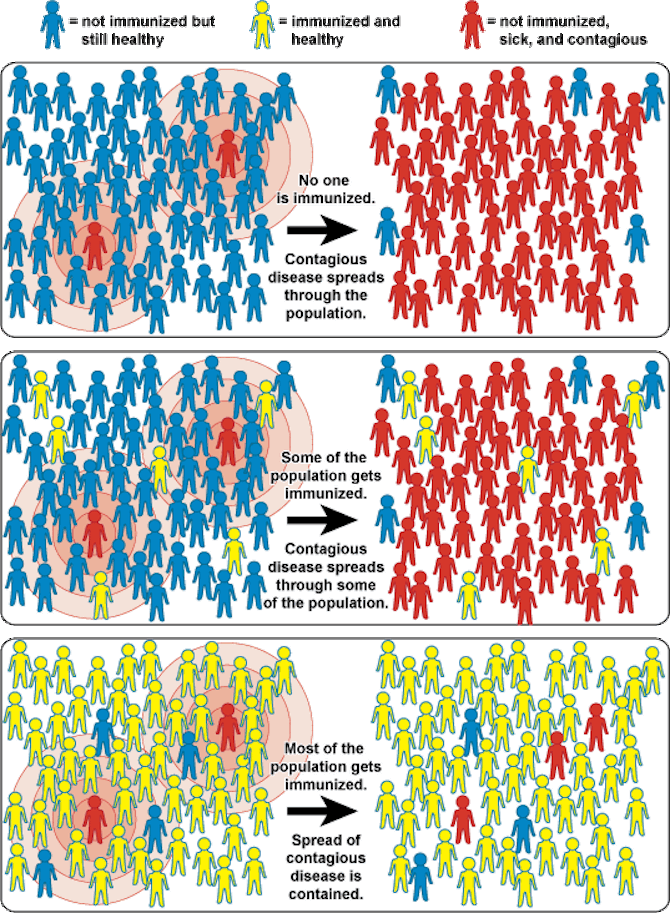 Preventing outbreaks requires constant and vigilant effort. Just this past year, the US saw a measles outbreak that started at Disneyland. How did it happen? Experts hypothesize that because some parents refuse to vaccinate their children, the rate of vaccination against measles in the US was too low to establish herd immunity. Vaccines were available, just not used. Wading into that issue is a debate for another article…

Aside from isolated outbreaks in developed countries, measles and rubella are generally endemic in the world’s poorest countries. That’s because a lack of infrastructure makes it difficult for health systems to carry out and manage sound vaccination policies. The vaccines are also expensive. The CDC prices the MMR vaccine at about $20/dose. Without the health systems in place nor the money to fund the shots, developing countries are left in a tough spot.

That’s why GAVI’s announcement is a big deal. Not only have they secured the funding, but they’ll be rolling out a comprehensive immunization strategy throughout the developing world. Deaths due to measles are down by 79% since 2000, but there’s still a ways to go. GAVI’s commitment marks a huge step towards reducing global health inequities.

No child should suffer birth defects or death due to diseases that are completely preventable. Measles and rubella are not the only diseases that unnecessarily claim the lives of children in the developing world. Diarrhea and pneumonia are the leading causes of death of kids under five, and nearly 90% of these deaths occur in Sub-Saharan Africa. The crazy part is, the world knows exactly how to prevent and treat these diseases. Rates of death due to infectious disease have dropped to record lows in developed countries. So children are not dying because the solutions don’t exist, but because they are inequitably distributed.

Eliminating the threat of measles, rubella, and other preventable diseases means healthier children, healthier mothers, and healthier communities. The current challenge lies in figuring out how to roll out the proven effective solutions in developing countries. Props to GAVI for leading the charge to tackle the most pressing public health challenge of this generation.