The singer-songwriter said this is among her greatest achievements. 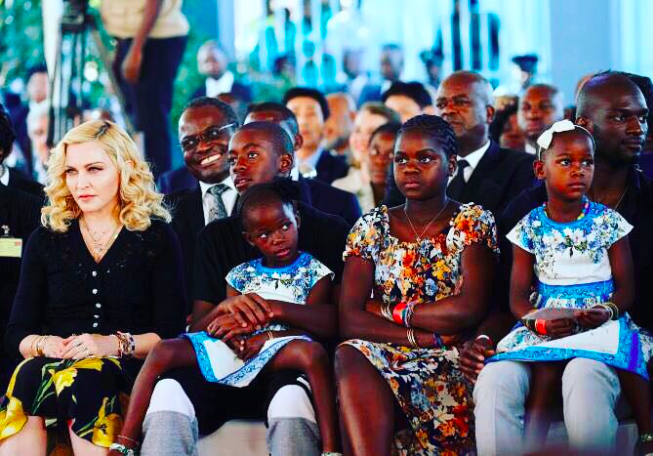 Madonna, 58, still reigns as The Queen of Pop.

With seven Grammy Awards, an idol in the Rock and Roll Hall of Fame, a Lifetime Achievement Award, and at one point 11 Guinness World Records, the singer-songwriter has much to be proud of.

But the pop star said she is most proud something else she recently accomplished.

Construction on the hospital’s new pediatric wing began in 2015 and its doors were opened June. The center includes three operating rooms, a playroom, an outdoor play structure, a daycare center and a ward with 45 beds for children. Doctors completed the center’s first surgery last week.

Its a Family Affair!! ♥️🇲🇼🌺♥️🇲🇼♥️🌺🌍🌍🌍🌍At the Opening of The Mercy James Center!! 🙏🏻 @raisingmalawi

The international pop star said she wanted to give the community something she always longed for as a child: motherly love. Growing up without a mother, Madonna said the opportunity to be a good mother to not only her children but other Malawi children is what she is most proud of.

When Madonna first tried to adopt her daughter Mercy James, after whom the pediatric center is named, a judge told her she was unfit to be a mother because of her recent divorce to film director Guy Ritchie. Not taking no for an answer, Madonna hired a team of lawyers to fight her case.

A Malawian law requires that parents seeking to adopt Malawian children live in the country for at least a year. Madonna fought that, too — all the way to the supreme court.

“If you cannot give a logical reason for the word ‘no,’ then I will not accept the word ‘no,’” Madonna said in her speech at the opening.

She encouraged people in attendance to not give up and to follow their dreams.

Malawian President Peter Mutharika also attended the opening and dubbed Madonna a daughter of the country.

“You started by adopting four Malawian children, now we are adopting you as the daughter of this nation,” President Peter Mutharika said at the ceremony.

Madonna is not the only celebrity trying to make a difference in developing countries. Rihanna recently visited Malawi as part of her mission to improve education for women and children. Beyonce’s  #BeyGood4Burundi Campaign brings clean, safe water to Burundi, and the singer has also championed women and girls education on US soil.

Read More: This Global Citizen of America Has Helped Lift Thousands of Orphans Out of Poverty in Malawi

Madonna said she never dreamed that she would open a pediatric center, but now she hopes that the center empowers children and women to believe they can change the world.

"The Mercy James Center remains not only a world-class intensive care hospital, but also a superior learning environment to train the next generation of Malawian healthcare workers," Madonna said. "This is as much about healing as it is about empowerment."