"South Africa is ranked as one of the countries with the highest number of people infected with TB."

Why Global Citizens Should Care
Ending tuberculosis is one of the targets explicitly outlined in the UN Global Goal for health, alongside ending AIDS, malaria, and neglected tropical diseases. TB is one of the world's most deadly infectious diseases, killing more people than AIDS and malaria combined. You can join us by taking action here to support the Global Goals.

A team researching tuberculosis (TB) treatment has made a groundbreaking medical discovery that could change the lives of TB patients.

The discovery was made by a team of local and international researchers who discovered two different Multi-Drug Resistant Tuberculosis (MDR-TB) strains, according to a statement issued by the Sefako Makgatho Health Sciences University in Pretoria this week.

The research, which was concluded this week, shows that MDR-TB strains have gone undetected by standard routine methods of TB detection.

“These findings were published in the prestigious Lancet Infectious Disease Journal in Oct 2018,” the university’s statement said.

The university said the research showed that a causative agent of TB — called isoniazid monoresistant Mycobacterium tuberculosis — isolates to carry a specific mutation.

“This mutation is not detected by conventional laboratory tests endorsed by the World Health Organisation (WHO) that are used to detect 95% of known RIF resistance within the RIF Resistance Determining Region (RRDR) of the rpoB gene,” the statement continued.

The research was started in 2015 and researchers were placed at the Dr George Mukhari Tertiary Laboratory.

According to the university, the senior medical scientist at the Microbiological Pathology Department, Ndivhuho Makhado, and her team were able to identify isolates with probable mutation — that cause resistance to first line drugs for TB treatment. 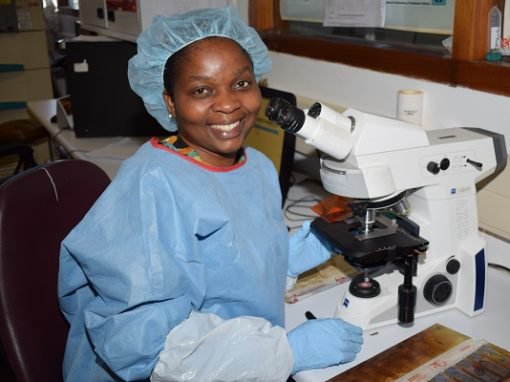 The research was a collaboration between microbiologists who work from the university, and those from the University of Antwerp (AU) in Belgium, and University of Lille in France.

And it’s important, according to the university, because it “highlights a potential challenge in the currently used WHO-endorsed methods in identifying all MDR-TB cases.”

The university said there has been a number of cases which were missed because of the current diagnostic methods.

The challenge could lead to: amplification of drug resistance; ineffective patient management, and adverse treatment outcomes, said the statement.

The results of the research will “give guidance” on the road to implementing better diagnostic tools, and “therefore improve TB treatment outcomes in South Africa.”

According to information site TBFacts.Org, South Africa is ranked as one of the countries with the highest number of people infected with TB.

Using the recent World Health Organisation (WHO) statistic, about 454,000 incident cases of active TB in were recorded 2015, including new cases.

“So about 0.8% of the population of about 54 million develop active TB disease each year.

The TB incidence for any country is the number of new cases, usually of active TB disease that have occurred in the country during a certain time period which is usually a year,”