Liberia is Ebola-free, but what's next?

Liberia has been declared Ebola-free by the World Health Organization - What challenges lie ahead?

On Saturday, 14-months after Liberia declared the Ebola outbreak, a conference room in Liberia's Emergency Command Center in Monrovia - the nation's capital- was filled with restrained celebration, rememberance for those lost, and gratitude for a devoted, global response. The reason: Liberia was declared Ebola Free by the World Health Organization (WHO). Even as cases continue to pop up across Liberia's northern borders in Sierra Leone and Guinea, Liberia has passed the targeted 42-day benchmark, two times Ebola's 21-day incubation period, without a new case allowing Dr. Alex Gasasira, WHO's representative in Liberia, to oficially mark the end of human-to-human transmission of the Ebola virus in Liberia. The end of Ebola in Liberia is certainly cause for celebration, relief, and a renewed focus on the in-country healing and recovery process, however, the first priority is maintaining the hardfought number that was elusive for so many months: Zero. 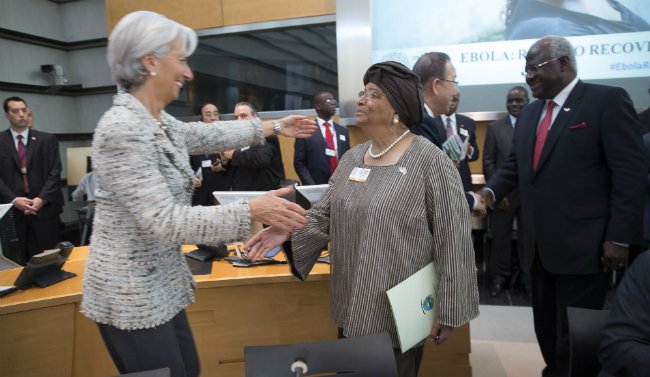 Happiness and heartbreak are in close concert in Liberia - a country that will begin to envision and create a path forward while remaining mindful of the 7,450 suspected cases and 4,716 lives lost at the hands of the uncomprimising virus. On Saturday, every message of achievement, accomplishment, and acknowledged victory seemed to be coupled with a reminder of the threat of Ebola, which stubbornly continues to plague Liberia's Sierra Leonean and Guinean neighbors. Pourous borders, hidden cases, and latent manifestation of the disease (sexually transmitted) constitute the remaining challenges to wholy eliminating the threat of Ebola in Liberia. Yet, staying at zero cases of Ebola requires more than weathering the immediate concerns allowing the virus to survive and take lives in Sierra Leone and Guinea.

Liberia's next challenge (not at all a small one) on the road to recovery will consist of overcoming the crippling economic, agricultural, and social damage caused by Ebola. Kickstarting a derailed Liberia economy and society will require an internationally-supported and country-led recovery that both restores the welfare of the Liberian people and boosts Liberia's preparedness to respond to future health outbreaks. It's time to leverage the strength of the first responders, burial teams, and international leaders who contained and conquered an insurmountable force in Liberia - Ebola for the long term. Because maintaining the end of Ebola in Liberia will require the same energy and effort expended in the drive towards becoming Ebola-free.