You have been given the license to kill; I’m now giving you a license to save. 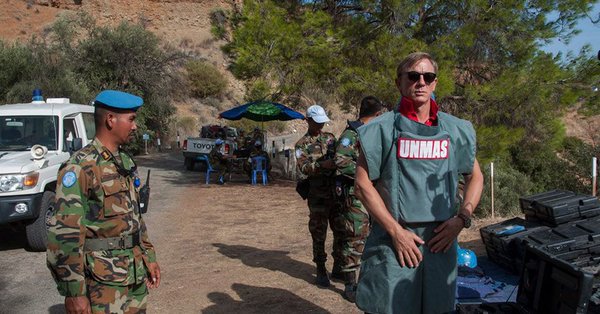 The United Nations has been working hard over the past two decades to rid the world of landmines and make it a safer place for civilians caught in crisis zones.

But of late, they’ve had a little help from 007 himself. Daniel Craig, often seen defusing bombs on screen as James Bond, has teamed up with UNMAS (United Nations Mine Action Service) to join the “coordinated response to the problems of landmines and explosive remnants of war”.

On International Mine Awareness Day, Daniel Craig released a powerful video message about the need for risk education in countries such as Syria. Risk education is the process of sharing vital information with people in danger zones, helping them remain in their communities without fear. Also high on this year's agenda for Craig and UNMAS is providing the tools for countries such as Afghanistan in developing their own bomb squad experts.

“This work is not just about saving lives. It’s about rebuilding them,” says Craig in his video message.

Read More: After 6 Years of War Being Waged in Syria, Here’s What to Do About It

Daniel Craig was made an official United Nations Global Advocate for the Elimination of Mines and Explosive Hazards in 2015, and has even traveled to a minefield in Cyprus to see the experts at work. 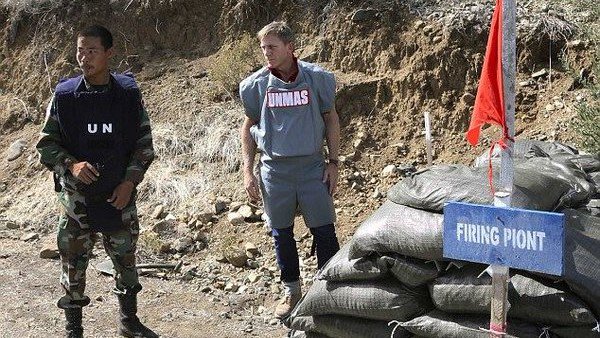 “You have been given the license to kill; I’m now giving you a license to save,” said previous UN Secretary-General Ban Ki-moon, in a wonderfully witty introduction for Craig at the UN in 2015. In response Daniel outlined how important the issue is to him.

"The use of improvised explosive devices in Iraq, Somalia and Mali; the widespread use of 'barrel bombs' in Syria, and the landmine contamination in Cambodia, Colombia and Afghanistan must all be addressed simultaneously,” Craig said in a speech to the UN. “It is a big job. The United Nations needs political and financial support to succeed." 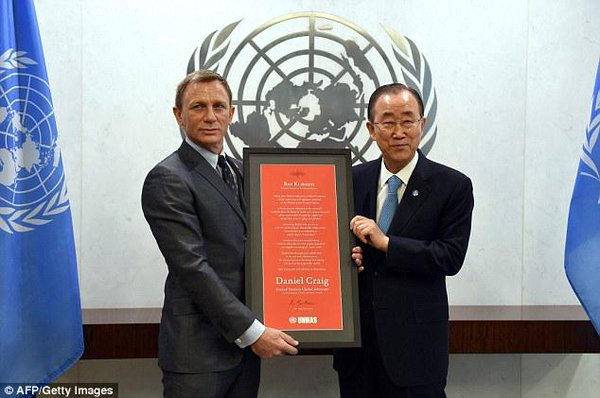 UN Secretary-General António Guterres’ message for 2017 is also an important one.

"Peace without mine action is incomplete peace,” Guterres said. “I urge all Member States to keep this issue at the top of the international agenda when negotiating peace, when seeking to prevent harm during conflicts, and when deploying emergency humanitarian responses in war zones."

To mark International Mine Awareness Day, the UK announced an increase in support for action against landmines, committing an £100 million pound aid package over the next three years. 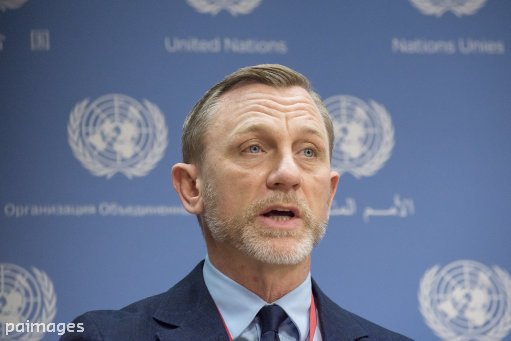 Image: Twitter
In the last 20 years, UNMAS has made incredible progress in helping rid crisis zones of landmines, saving millions of lives in doing so. But now, with the impassioned Daniel Craig on the team, this is one humanitarian response that needs to grow even further to continue to change people's lives. To follow Daniel's campaign follow the link below.