It's not easy being Greece

They say that when it rains, it pours. After being the centre of global attention during the Athens Olympics in 2004, Greece had a relatively quiet few years. It wasn’t until late 2009 that the Greek Government’s national debt crisis become a talking point, a product of years of risky financial decisions behind the scenes; ones that didn’t work out well at all.

Long story short, the Greek Government had more debt than it could likely repay, which caused a multi-year standoff with lenders, other governments, and Europe. In June 2015 Greece became the first developed nation to fail to make a loan repayment to the International Monetary Fund (IMF), and a national referendum was called on whether the country should play by the rules, or go its own way. 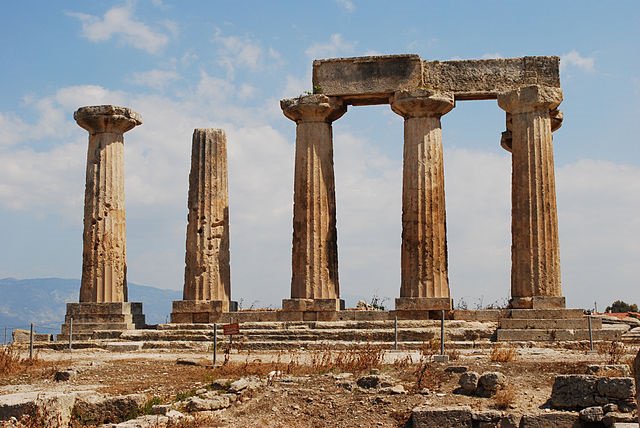 There were endless rounds of negotiations, protests and bluffs, but the bottom line is that right now the Greek Government remains in massive debt, has cut back many of its services, and the national economy is barely two thirds the size of what it was in 2009. Over 50% of Greece’s young people are unemployed. It’s the kind of thing that could take decades to recover from, because as the Governor of the Reserve Bank of England recently explained ‘When people are out of work for too long, they lose their skills’.

Greece has lost many of its friends in Europe during tense negotiations over debt repayments in 2015, and when you put all of this together, the immediate future is not looking good at all. The Government can’t fully support its citizens, and there aren’t many opportunities for people to bounce back and succeed.

There’s another big dimension to Greece’s last two years that we need to talk about. While all the rest of the debt talks, protests, and democratic revolts were going on, you’d think that there’d be a mass exodus of people from the country. However, hundreds of thousands of people arrived in Greece from elsewhere, and they weren’t in good shape at all.

I am, of course, referring to the refugee crisis that has been front page news in 2015. Greece’s location on the Mediterranean Sea, as far east as the European Union’s mainland extends along the coast, has made it a natural choice for asylum seekers making dangerous boat voyages across the sea. The Greek islands start about 600km (370 miles) from the Syrian coast, and are very close to Turkey. The journey from Libya to the Greek islands is around 300km.

In years gone by, Greece’s location has meant that it has been the destination for a trickle of asylum seekers arriving by boat, but the numbers have shot sharply upwards at a time that the Greek Government is even less equipped than normal to cope with it.

The issue by numbers

The United Nations has released new data which suggest that over half a million people have crossed the Mediterranean Sea to Europe so far in 2015, with 383,000 of them arriving in Greece (Italy was next, with 129,000). That equates to Greece receiving around three quarters of Europe’s total arrivals by sea. Of those arriving in Greece, 71% have been Syrian, which is a higher percentage than those arriving in Italy and other Mediterranean EU countries. Basically, if Syrians are getting on a boat and heading to Europe, they’re heading to Greece.

As news reports have made clear, many of these arrivals move through Greece and aim for Western Europe, but there’s no doubt that Greece has been stretched to its limit in terms of administrative resources, security, and finances. Despite being stared down by the European Central Bank, the IMF, and other lenders over its sub-standard accounting habits, Greece is also having to scramble to find a way to respond to the biggest migration into Europe since World War 2. Large numbers of people are dying off the coast, or requiring urgent rescue and medical treatment.

In turn, Greece has been accused by other European nations of allowing refugees to pass through the country without undergoing the proper registration process. There’s plenty of finger-pointing about who’s not doing enough. On that front, Greece received 33 million euros ($37.2 million) of EU aid in September to help with its response to the refugee arrivals. It has been running transport ships from its islands to the mainland in order to get thousands of refugees ashore.

It’s not just about Greece

Greece has been dragged into the centre of the refugee crisis by virtue of its location, and its leaders appreciate as well as anyone that the refugee crisis is a regional challenge that is bigger than just one country. Greek Prime Minister Alexis Tsipras recently said that ‘When the Mediterranean turns into a watery grave, and the Aegean Sea is washing dead children up on its shores, the very concept of a united Europe is in crisis, as is European culture’. While Tsipras has said plenty of things in 2015 that didn’t turn out to be spot on, I see this one as a fair comment.

As rapidly increasing numbers of asylum seekers journeyed from the landfall countries of Italy and Greece, towards more northern countries such as Hungary, Germany, and the UK, the domestic pressure increased throughout Europe for a more meaningful solution to be found. It was no longer possible to pretend that it was simply Greece’s issue, or stall for more time.

A summit to talk about doing

The European Union held a crisis summit last week, drawing in leaders from across the continent to discuss a unified, coordinated response to this major humanitarian issue. Many countries were pushing for a quota system, in which each EU country would be required to open its door to an agreed number of refugees. Support for the idea wasn’t universal, though, with numerous countries in eastern and central Europe strongly opposed to a quota imposed by the EU. 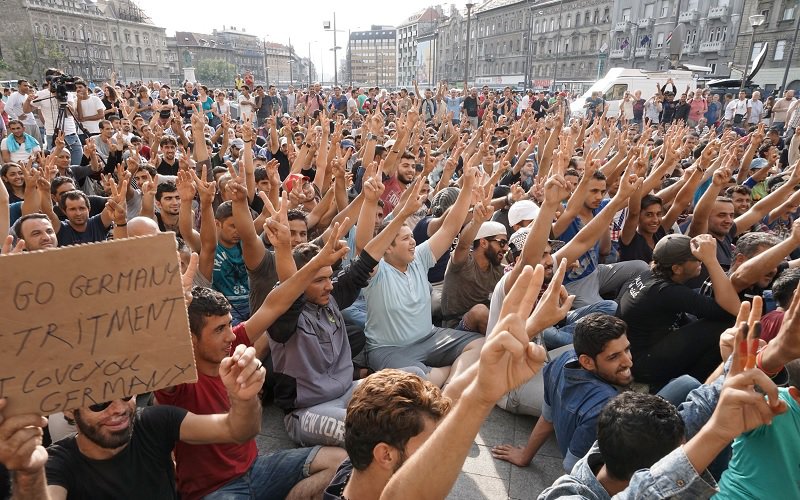 In the end, a rarely-used EU rule was used, in which a majority vote (instead of unanimous) enabled a resolution to be reached. Four countries voted against the plan to share the task of accommodating 120,000 refugees, but the majority vote represented the first meaningful progress towards a common EU policy on asylum seekers. Notably, the UK has refused to take part in the scheme, instead declaring that it would accommodate 20,000 refugees over the next five years. The UK’s current attitude of selectively participating in EU policies makes the EU concept weaker.

The 120,000 figure is set to be achieved over the next two years, so attention now turns to ensuring that the EU backs up its talk with action.

But back to Greece for a second

The EU vote is significant because it acknowledges that an issue that has put a lot of strain on Greece (and Italy) is not just a national issue, but a European one. As I recently had a look at, Syria’s neighbour Lebanon is also making a big effort to support asylum seekers, and other nearby countries such as Jordan and Turkey have a big task on their hands, too.

While it’s great that 120,000 refugees now have a more definite future in Europe, we need to remember that there are millions of displaced people closer to their homes, and that they deserve to be kept safe too. By assisting countries such as Jordan, Lebanon, and Turkey to provide a semblance of normal life for displaced Syrians, we can save lives in the Mediterranean, reduce the pressure on Greece, and make a meaningful contribution to stabilising the region. In the meantime, it's clear that Greece needs ongoing resources from Europe to properly process the people arriving on its shores. This needs to happen at the same time as working towards an end to the conflict in Syria.

It’s a lucky coincidence that the UK and surrounding countries are quite a long way from where asylum seekers are currently originating from, but that’s not an excuse to avoid doing as much as possible to help. The whole concept of being a global citizen has a lot to do with standing side by side with people you may never meet, and respecting the right of everyone to live with dignity. There’s so much that Europe (and North America etc etc) can do here. You can help by taking action, and calling on your government to show strong leadership!