Here's What You Should Know About the HPV Vaccine

“We’re at the point where we can realistically imagine that we can eliminate cervical cancer.”

Why Global Citizens Should Care
This April 24 to April 30 marks World Immunization Week. Join Global Citizen in acknowledging the importance of vaccination efforts around the world and take action on United Nations’ Global Goal 3 to achieve good health and well-being for all.

Imagine a world where we could actually prevent cancer. When it comes to cervical cancer, it turns out we’re not that far off.

The human papillomavirus (HPV) is an extremely common virus that sometimes presents no harmful symptoms, but other times can lead to severe illnesses like cervical cancer — 99% of cervical cancer cases are caused by HPV.

That, coupled with the fact that about 80% of women and 90% of men will come into contact with HPV at some point in their lives, is reason enough to advocate for its vaccine. But HPV can also lead to anogenital cancer, oropharyngeal cancer, genital warts, and more.

Take Action: Where You Live Shouldn’t Decide Whether You Live. Demand World Leaders Invest in Vaccines

This World Immunization Week, Global Citizen is highlighting stories of immunization efforts around the world and the HPV vaccine is certainly noteworthy.

The HPV Vaccine Is Safe and Effective 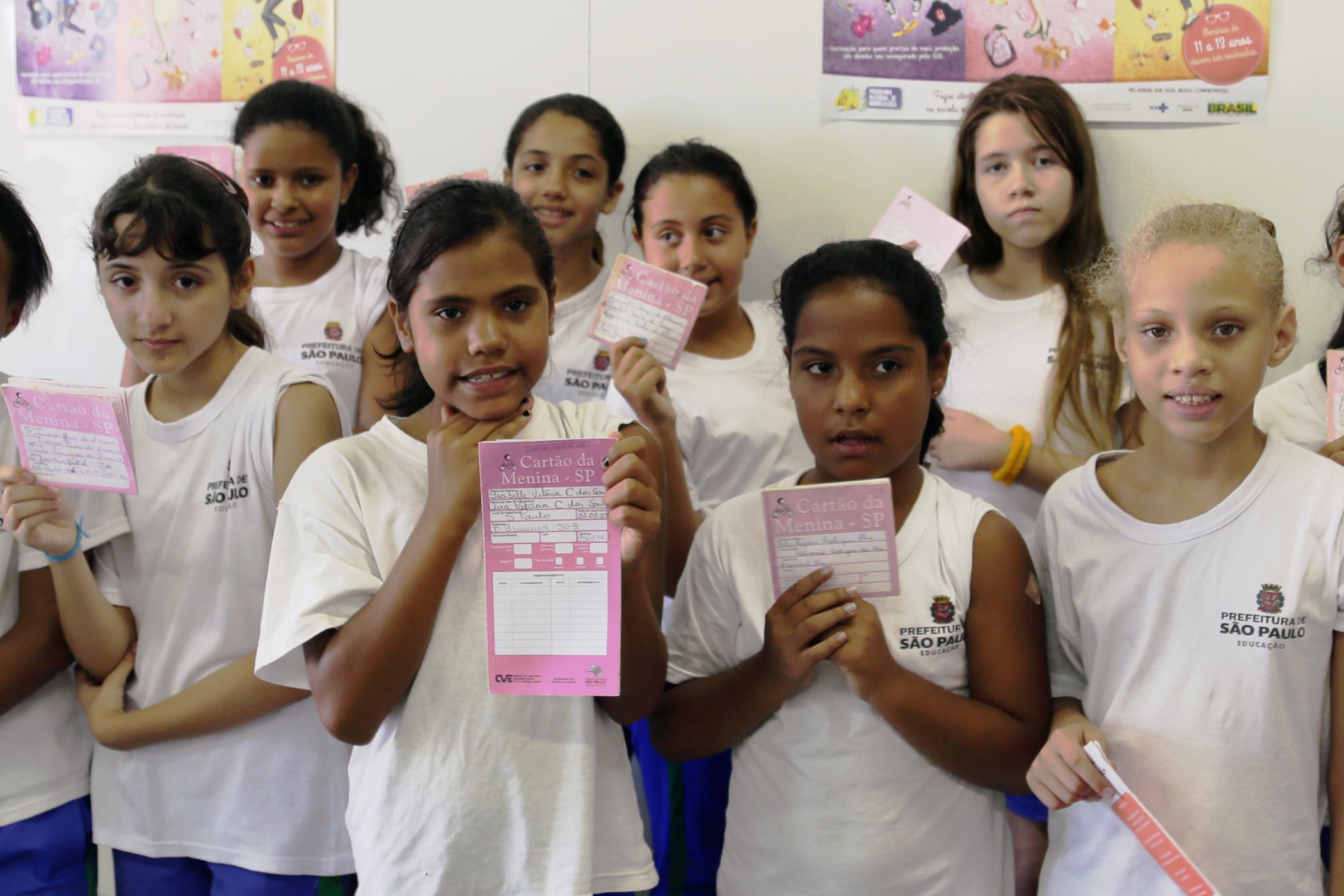 “There is no vaccine that has been more thoroughly tested than the HPV vaccine,” Dr. Jennifer Blake, CEO of the Society of Obstetricians and Gynaecologists of Canada, told Global Citizen.

The importance of these vaccine efforts stretch from North America to sub-Saharan Africa. Gavi, the Vaccine Alliance, had helped 30 countries establish vaccine demonstration programs by the end of 2017, and 1.5 million girls have been vaccinated thanks to Gavi alone.

In total, at least 82 countries have included HPV vaccines in their immunization efforts, and it is estimated that 59 million girls and women had received at least one dose of the vaccine, according to data from 2014.

“It’s not new anymore,” Sharon Humiston, pediatrician and associate director for research for Immunization Action Coalition (IAC), told Global Citizen. “We’ve had this vaccine now for decades. Many millions of people have been vaccinated.”

Part of Humiston’s role with IAC is to educate primary care providers about the importance of the vaccine. She said that sometimes when vaccines are new, people are afraid of them, but the benefit of a vaccine like this one cannot be understated.

“The difference of prevention versus treatment? There’s just no comparison. If you can prevent it, it’s just so much better than treating it after the fact,” she said.

“We’re at the point where we can realistically imagine that we can eliminate cervical cancer, and the other HPV-related cancers,” Blake said, adding that continued screenings, follow-ups, and referrals resulting from abnormal pap tests will also be vital to successful elimination efforts.

Humiston doesn’t know if the vaccine will fully eliminate the cancer, but she agrees it could definitely make it a rare occurrence.

In 2018, there were over 17 million cases of cancer reported around the world, 569,847 of which were cervical cancer cases.

Cancer killed an estimated 9.6 million people in 2018 alone, so the fact that there exists a vaccine that prevents a type of cancer — the fourth most common type in women globally — is pretty incredible.

“It’s just the most remarkable thing that has happened in women’s health,” Blake said.

Pap Smears and HPV Tests Are Not Always Reliable

There is no denying that pap smears and HPV tests are vital to efforts to limit cervical cancer cases, as they can detect pre-cancer symptoms, which means that cancer can be treated before it really exists.

Karla Van Kessel, a 42-year-old mother of two from London, Ontario, spent more than a year looking for answers to symptoms that included pelvic pain, intermittent bleeding, and painful intercourse. Her doctor and gynecologist both advised her that she was fine, as her pap smears came back normal.

“It was a horrible feeling of vindication because I knew something was horribly wrong all along. Their over-reliance on my previous pap smears eliminated cervical cancer as a possible explanation,” Van Kessel told Global Citizen.

She was diagnosed with stage IVA cervical cancer in March 2018. Van Kessel has since gone through chemo, radiation, and brachytherapy and was cleared in August 2018. Unfortunately, her follow-up in February showed the cancer had returned and metastasized.

“I believe the more I share my story and the more people understand what I am going through, they will make the well-informed decision to protect their children from a similar fate. It should be as much a priority as every other vaccine that we are fortunate to be able to access,” she said.

Before being diagnosed, Van Kessel said she knew the HPV vaccine had become part of routine vaccination for girls, but she has since learned of its benefits for boys and says that as a mother of boys, she will have them vaccinated too.

“From a standpoint of women’s health, to me, [the vaccine] seems huge,” Humiston said. “But also, we know that a lot of men get oropharyngeal cancer.”

Oropharyngeal cancer affects the oropharynx, which is in the middle of the throat, including the base of the tongue, the tonsils, the soft palate, and the walls of the pharynx. HPV causes an estimated 70% of oropharyngeal cancers in the US, according to the Centers for Disease Control and Prevention.

“To think that none of this has to happen, you can get a vaccine to prevent it — like, oh my god!” Humiston said.

Humiston thinks there was a time when mothers with sons didn’t see the point in vaccinating their boys. But she explains that, regardless of gender, getting or not getting the vaccine also affects someone's future partner.

“I think it’s important for moms of sons to understand, this is a huge step forward [not just] for women’s health, but for everybody’s health,” she said.