How one small country is ridding the atmosphere of CO2

This country of 700,000 absorbs 3 times as much carbon as it produces.

Who wins the all-star award for this year’s COP21 Climate Summit in Paris? Bhutan, a tiny Himalayan country of 700,000 that is sucking up the world’s CO2, absorbing 3 times more carbon than it produces.

How do they do it? For one thing, three quarters of the country is covered in forests. Occupying more than eight million acres, Bhutan’s trees could absorb more than six million tons of carbon dioxide. That’s about the weight of the Hoover Dam. Which is very large (see below). 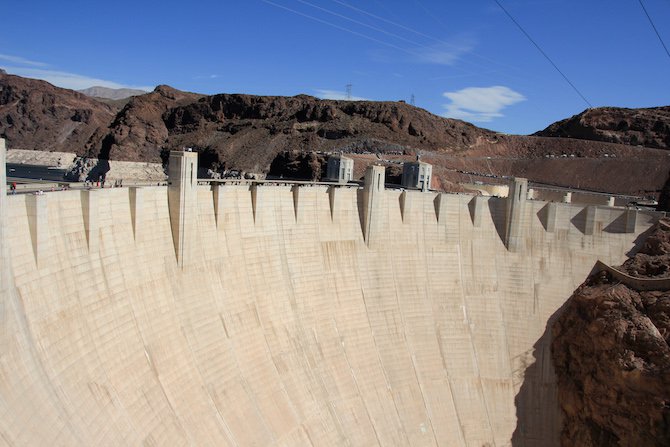 In term of pollution, absorbing six million tons of carbon dioxide in a year would offset the emissions of 500,000 American households. Or one million cars. Or 0.3% of U.S. industry. (That last one’s pretty alarming. U.S. industry emits 2 billion tons of CO2 annually).

Bhutan has an entire article of its constitution dedicated to environmental protection, which keeps those trees rooted firmly in the ground. 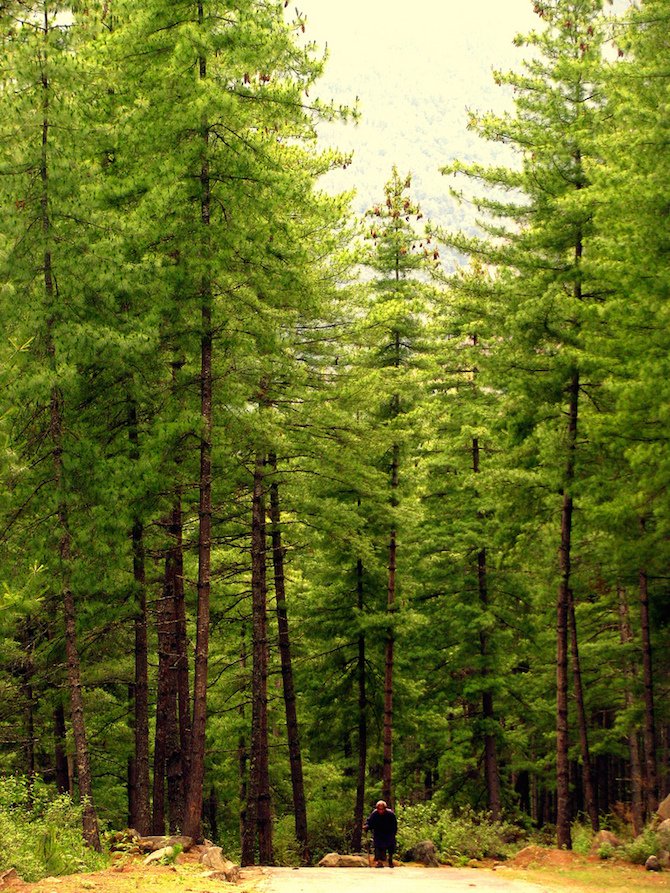 The country also relies heavily on hydropower for its energy source. While hydropower certainly does not hold a clean criminal record with Mother Earth, it’s far less threatening to her future than oil and gas are.

In fact, Bhutan is putting most developed countries to shame as far as climate politics go. Luxembourg, a country with even fewer people, emits four times the amount of carbon that Bhutan does. A new analysis from Oil Change International and Climate Action network reveals an alarming fact: G7 countries along with Australia invest 40 times more in fossil fuel subsidies than they do in clean energy initiatives. 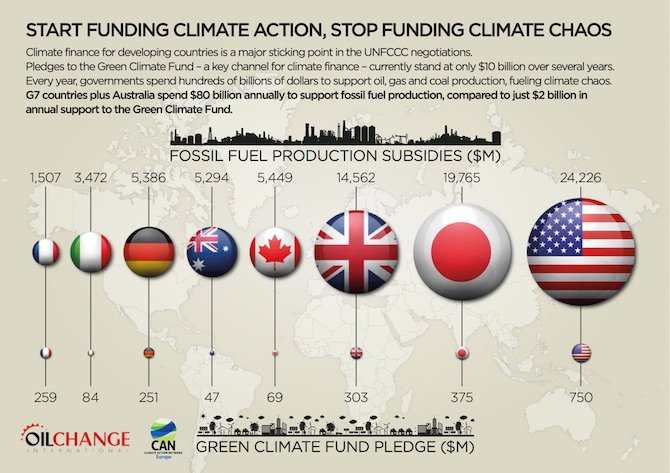 That means that the world’s biggest economies are subsidizing oil and gas production instead of investing in climate initiatives. Maybe it’s just me, but it feels like if Bhutan can be carbon negative, everyone else could at least try...

After showing up major world powers with its climate strategy, you might think Bhutan would sit this year of climate commitments out. No way. In a letter to the UN Climate Change Secretariat at this year’s Paris Climate Summit, Bhutan committed to further combat car culture and continue to decrease its carbon emissions. Like I said before, they’re all-stars.

Why does Bhutan care so much about the environment? The answer is nuanced, but here’s one part of it: A mountainous Himalayan country, Bhutan’s land is extremely vulnerable to the effects of climate change. According to Thinley Namgyel, Bhutan’s chief negotiator in Paris, monsoon rains are arriving at erratic times and destroying crops. Flash floods are intensifying, while other regions of the country are drying up. And more than half of its population works in agriculture. Its people rely on the Earth for their everyday needs, meaning they feel the effect of climate change on their livelihoods more acutely than, for example, I do. 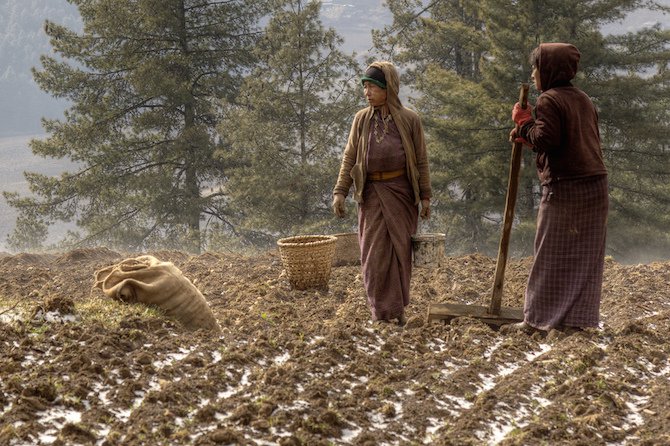 To extrapolate: On Sundays, I go to the grocery store around the corner of my apartment where I buy the food I will eat that week. Two years ago, my avocados came from California. But because the drought in California has made avocados expensive, I now purchase cheaper ones from Mexico. If I didn’t look at the tiny sticker on my avocado, I would have no idea that climate change had affected my food source.

In rural Bhutan, where almost three quarters of the country resides, 16% of the population lives below the national poverty line. Rural poverty means inadequate infrastructure, fewer roads, and decreased access to hospitals, schools, and alternative food sources. Imagine if I were a rural subsistence farmer in the mountains of Bhutan. If there’s a drought, I can’t just buy the avocados from the other bin. I risk starvation. 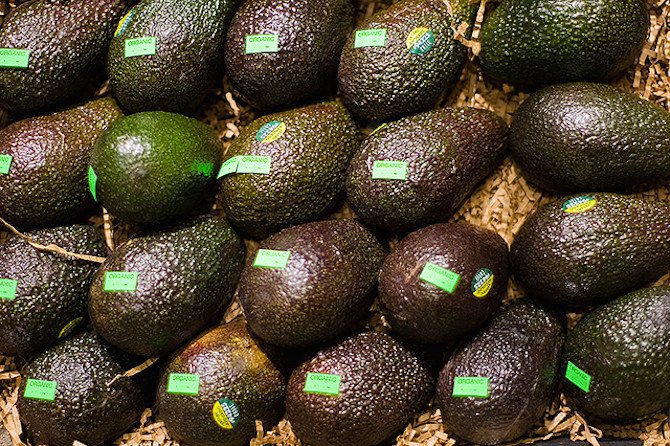 That’s what’s at stake in Bhutan, and it’s a big part of why the tiny country has shown the world what a true commitment to ending climate change looks like.

Climate change will affect all of us, no doubt, but it will most quickly and severely affect those living in extreme poverty - those who depend on subsistence farming for their livelihoods, whose homes are not built for extreme weather, and whose countries lack emergency response protocols when disaster strikes. To be prepared for climate change, the world must not only reduce its carbon footprint, but work to build resiliency to a changing environment among the world’s most vulnerable populations. 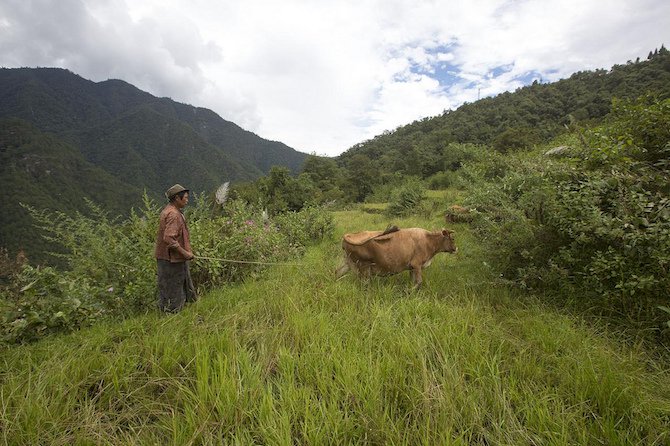 Bhutan’s commitment to environmental justice not only scores them an international A+ on the COP21 report card, but reflects a national recognition of this issue’s urgency. If the world is going to end extreme poverty, it cannot be done without considering the inevitable environmental changes that will disproportionately affect the world’s poorest. Bhutan has shown that it can be done. It’s time for others to follow their lead.

You can go to TAKE ACTION NOW to call on world leaders everywhere to commit to 100% clean energy.