The Global Goals World Cup brings together women of all ages and backgrounds!

We are a group on teenage players who represent the project “PIGERNES STEMME” [the girls’ voice]. We will be playing and giving you some insiders on what it’s like to be a young teen player. See you on and off the field the 17th.

Organized by the innovators at Eir Soccer in partnership with the UN, the Global Goals World Cup brings together women of all ages and backgrounds in an effort to unlock their potential, promote teamwork, and spread the message of gender equality and all of the 17 Global Goals in a relatable, fun, and engaging way. The ridiculously awesome costumes and battle songs definitely help.  This Tuesday, May 17, the first World Cup tournament will take place in Copenhagen, Denmark, alongside the Women Deliver Conference. Check out some of the teams playing in this year’s Global Goals World Cup and be on the lookout for live updates of the tournament starting at 11am EST! 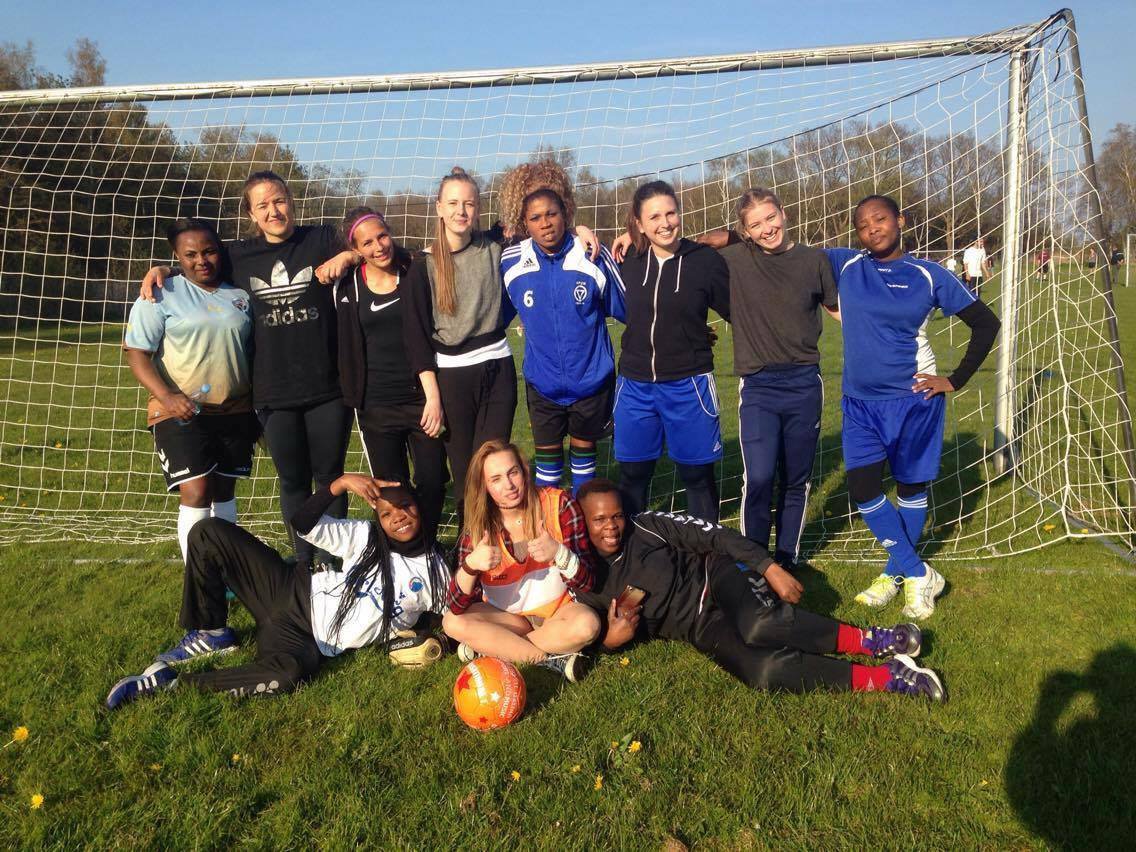 Asylum United is a group of young women coaching soccer to women living in refugee camps. We do have a wish to bring some of the women from the refugee camps to the tournament, and we hope they will join us on the field. We are playing for fun, for good health, and for empowerment of women and girls in vulnerable and exposed situations. 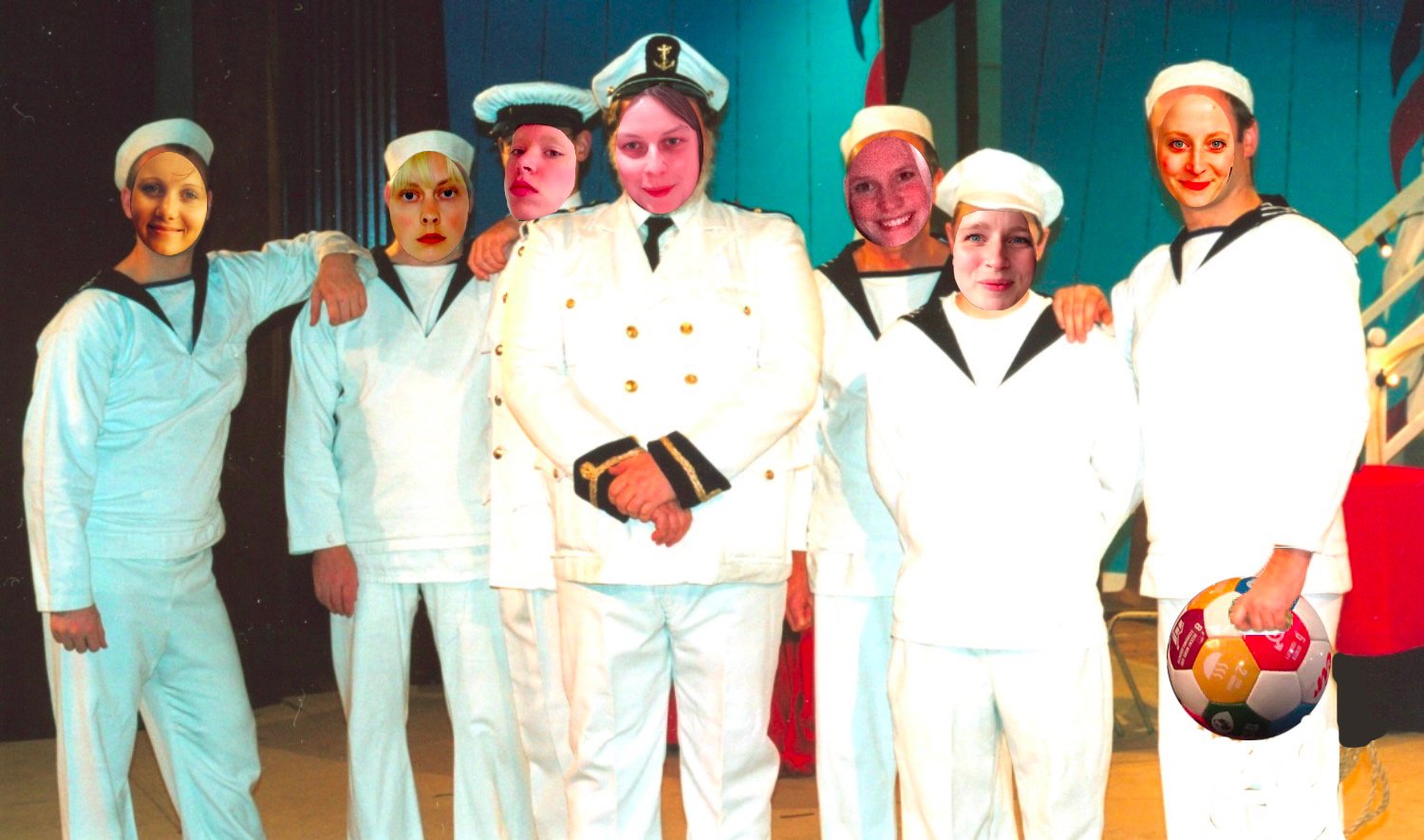 Nine years ago, we met each other playing theatre and music at boarding school far out in the woods of Western Jutland. Now we have moved on in very different directions, doing photography, making films, attending business school, studying medicine and working at an NGO. Yet, two things still keep us together: we all want to make the world a better place, and we want to have fun while doing it. Though we find all the SDGs relevant and important, we have chosen to fight for Life Below Water. Every year we go to Kerteminde for a weekend of drinking wine, talking about life and not least swimming in the ocean. We often meet up at Bryggen in Copenhagen, where we love the clean water, and we absolutely dread the thought of the ocean being filled with more plastic than fish by 2030. We are not that good at soccer. But we have got a BANGING team song, beautiful costumes and a cause worth fighting for.

We are a whole lot of strong girls from Jutland and one loser from Copenhagen playing for Gender Equality. 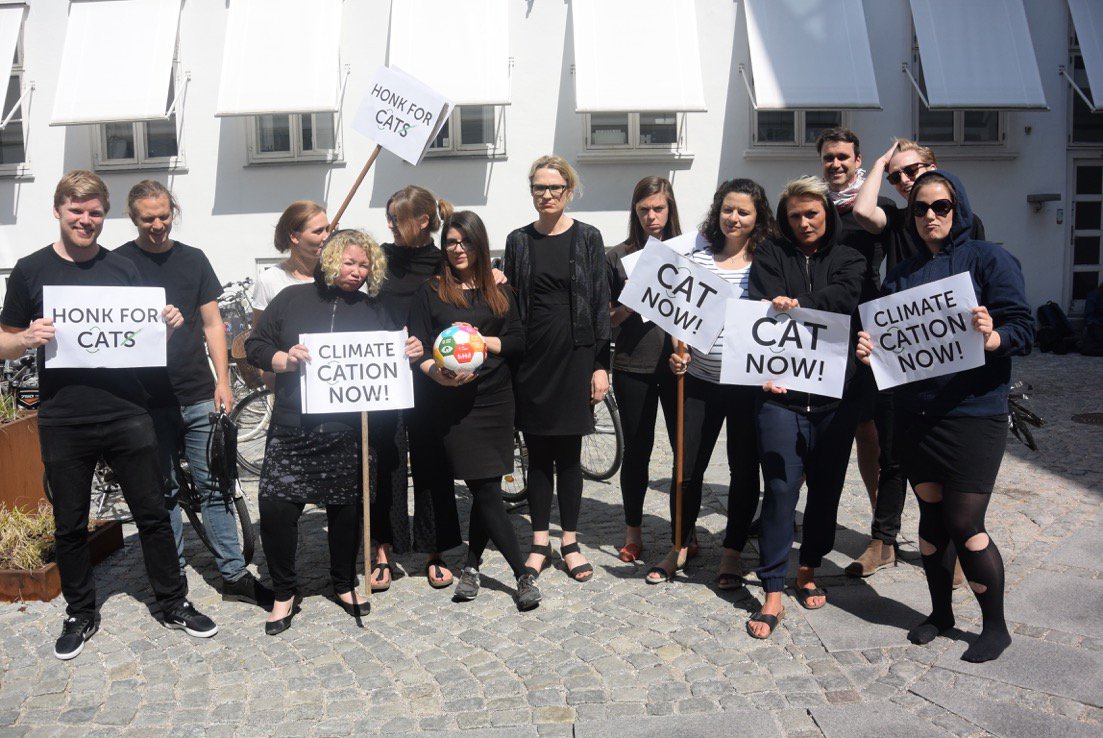 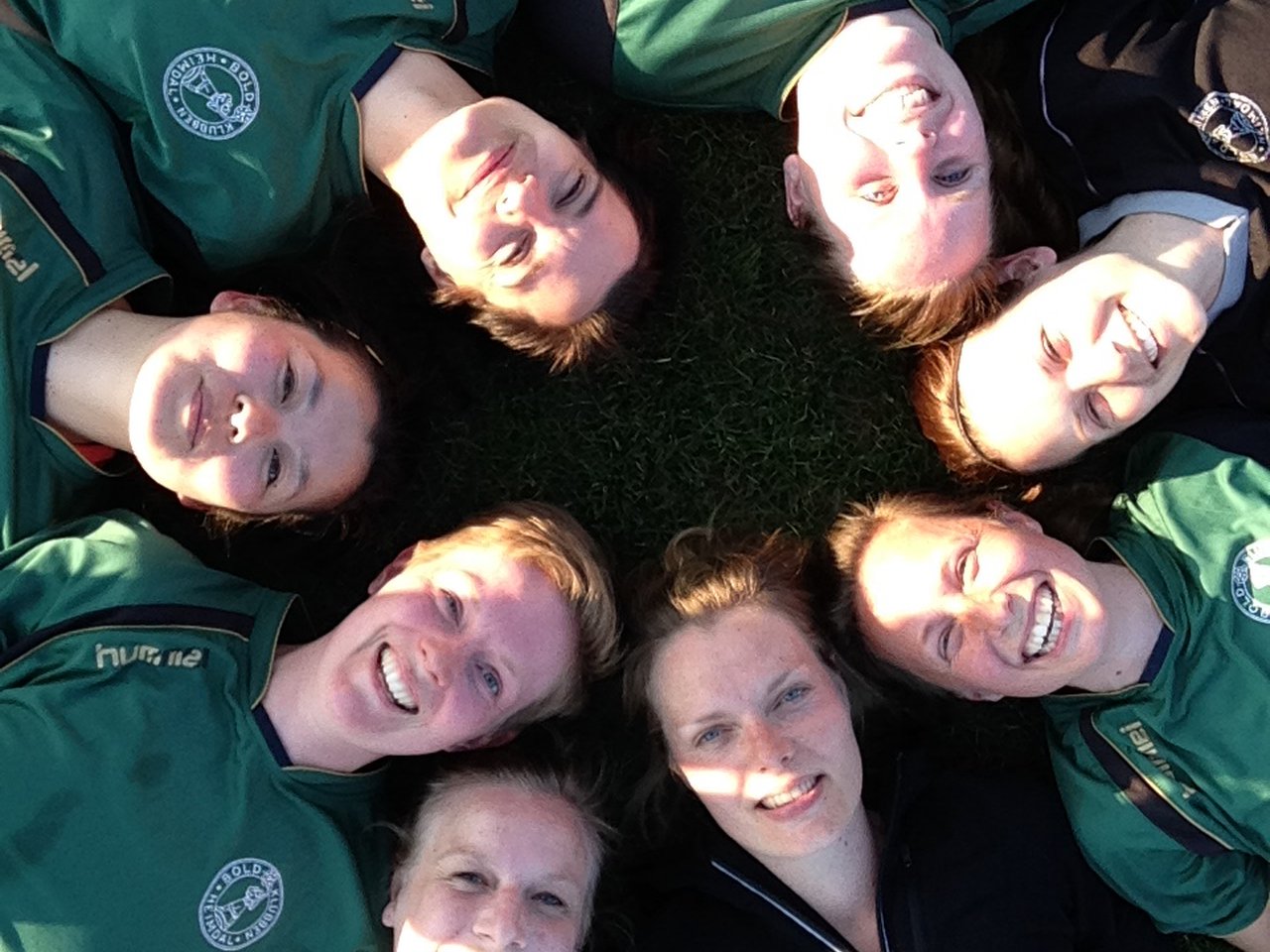 Our team has been united through soccer since we were young girls. Today, 25 years later, we have kids the same age and soccer still unites us on and off the pitch, with the kids on the side. The fact that we are still going strong as a team is what we mean by “sustainable soccer moms”. When we are on the pitch, we give it all to win – when we are off the pitch, we love to joke around without taking ourselves too seriously. Through the UN Global Goals, we believe in taking care of the planet’s scarce resources through responsible consumption (and drinking, just to mention one!) which is why we support UN Goal 12.

We are players from NGO: BØRNEfonden’s office in Copenhagen. 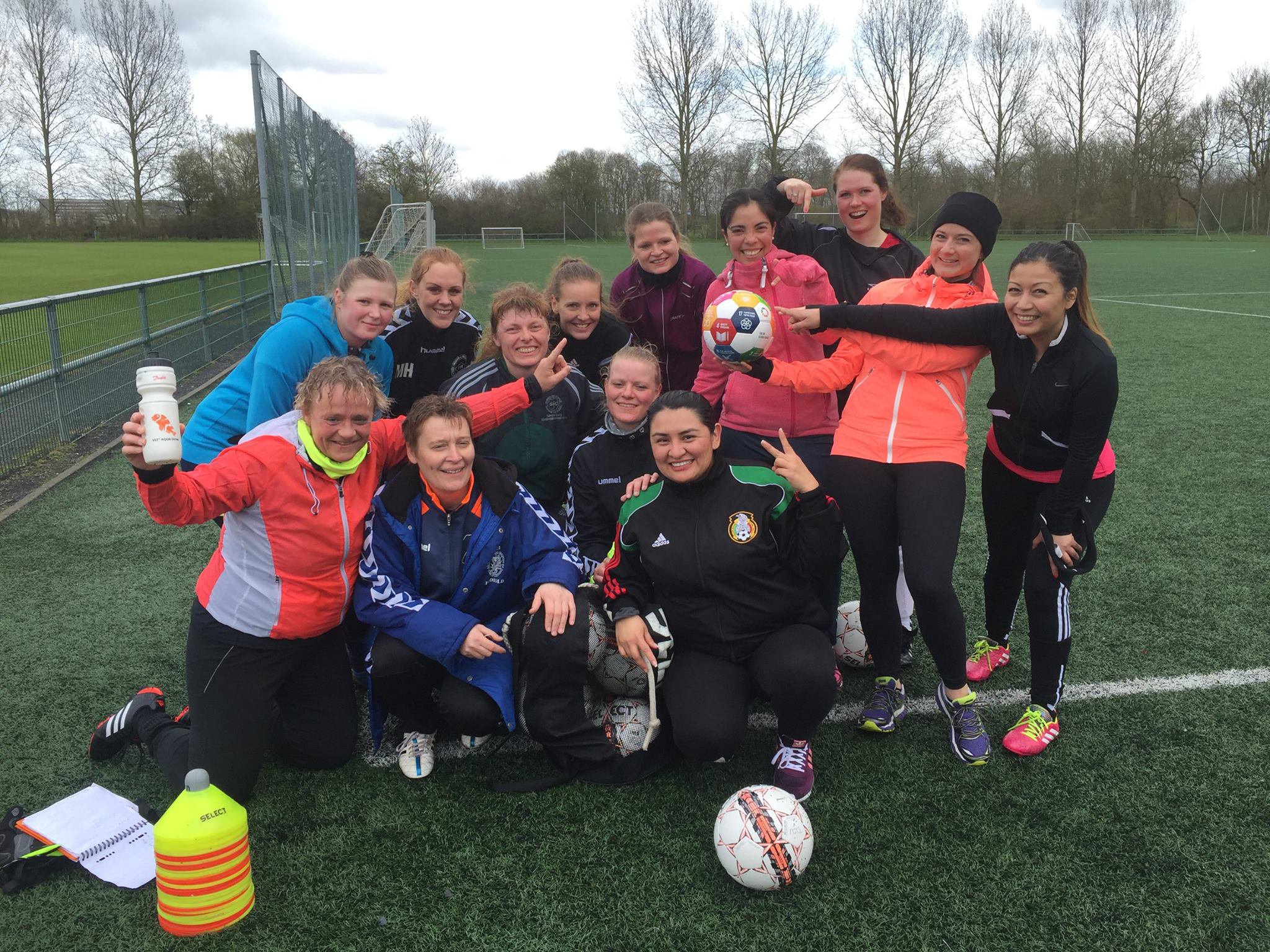 Our company team, Danfoss, is playing for goal number 7: “Affordable and Clean Energy”. But in the spirit of goal no 17: “Partnerships for the Goals”, Our VP of HR Birgitte Ladefoged is the former Danish National Under-21 women’s head coach who has put together the team and has happily agreed to share her coaching experience, helping some of the other teams as well. 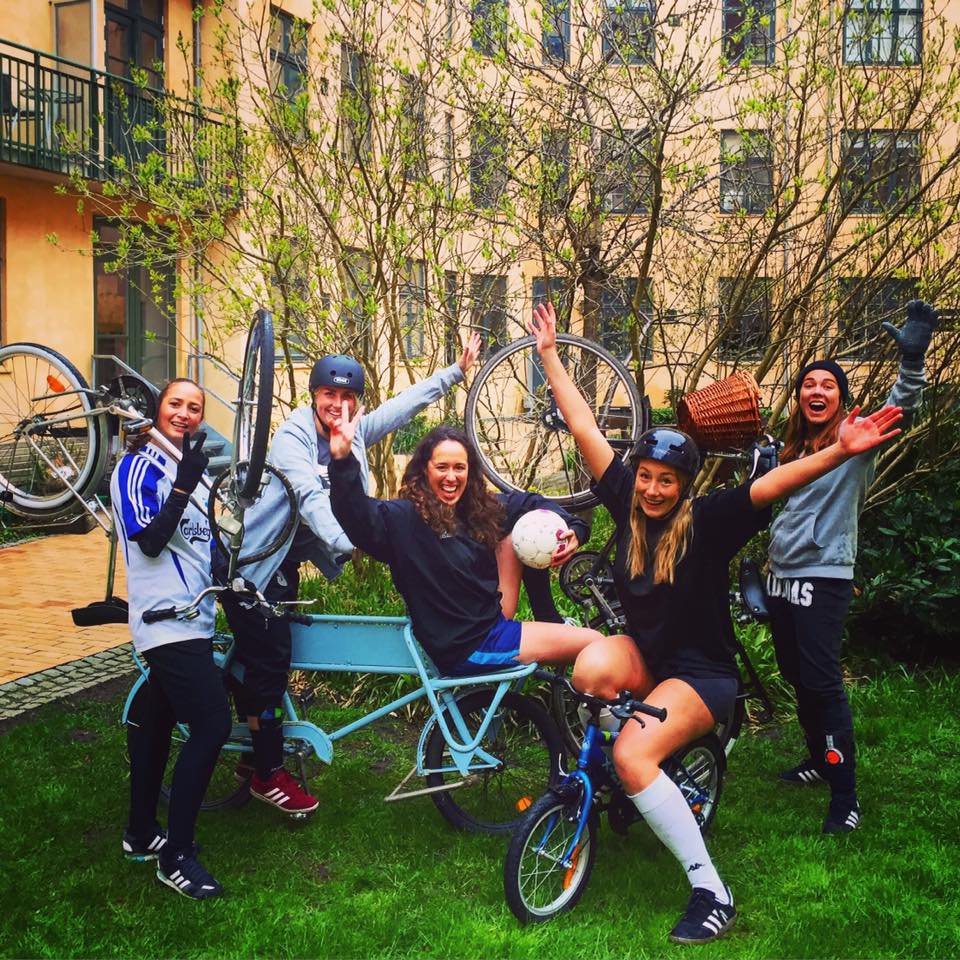 We are six passionate cyclists who use bicycles to transport us around the streets of Copenhagen. This is not the case for many cities globally, so we are eager to spread the cycling culture! Biking is good for health, climate and not least for future earthlings! We are all former participants of Roskilde Festival's sensational football tournament and look forward with great joy and fervor to running, bike and especially diving in for a good cause! Copenhagen bike spices your life! 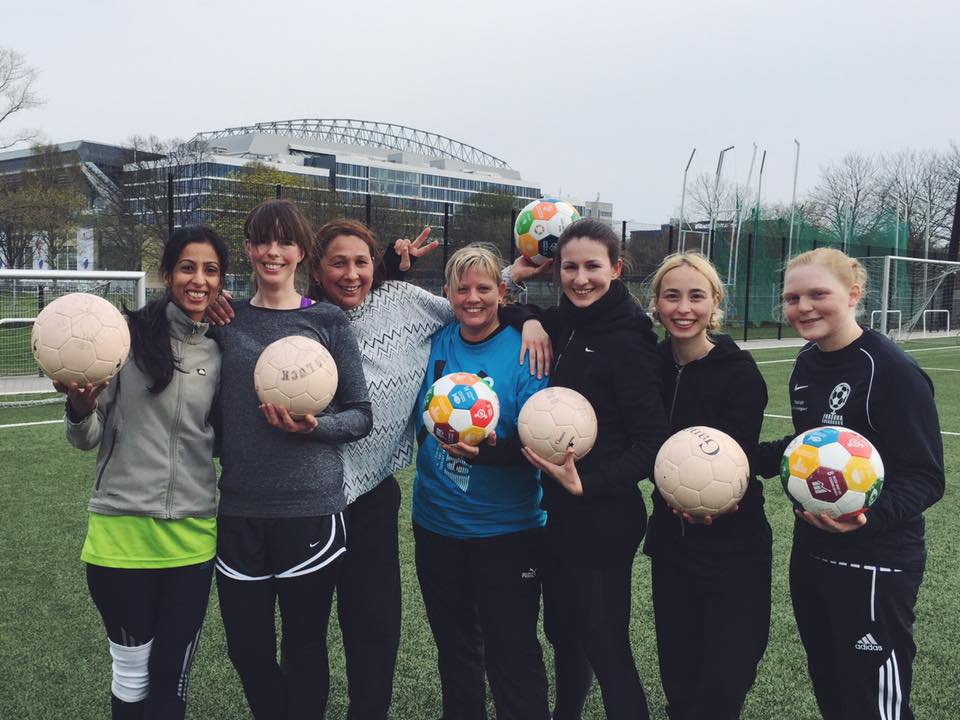 We are the team from project Missionfootball, where experienced players and totally new ones meet on the field to understand the benefits of sport. We play for Goal 3. 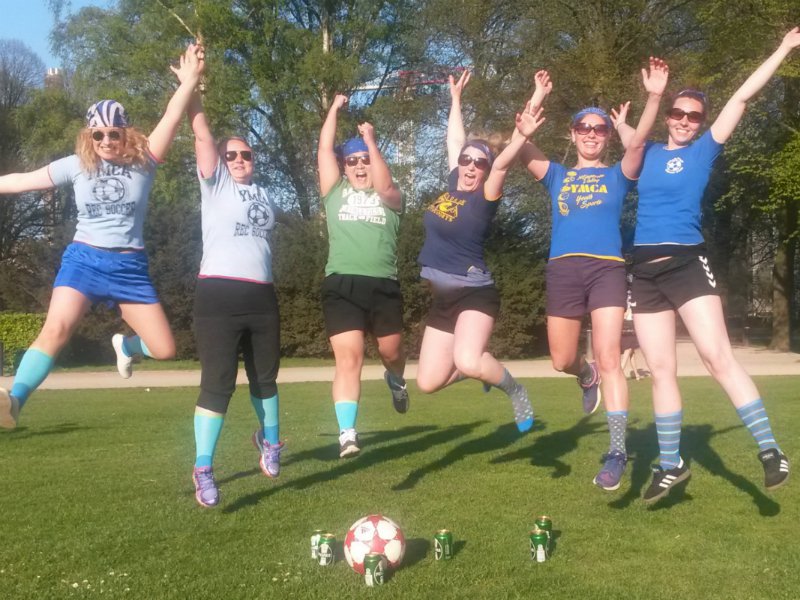 A Glade non-profit playing for peace and harmony in our beautiful world! 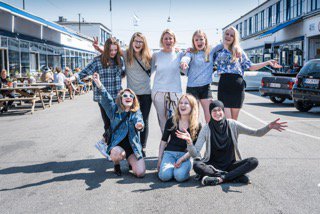 The team consists of female politicians and 7th grade Women Deliver Ambassadors from the City of Copenhagen. We fight for a sustainable future where men and women have equal rights and all children and young people have access to school and education.  We dream of a school system where children and young people learn about their own rights – no matter where you come from in this world.