The Power of Global Citizens at World Water Week In Sweden

Thousands of signatures were handed over to the government, demanding more action für WASH. 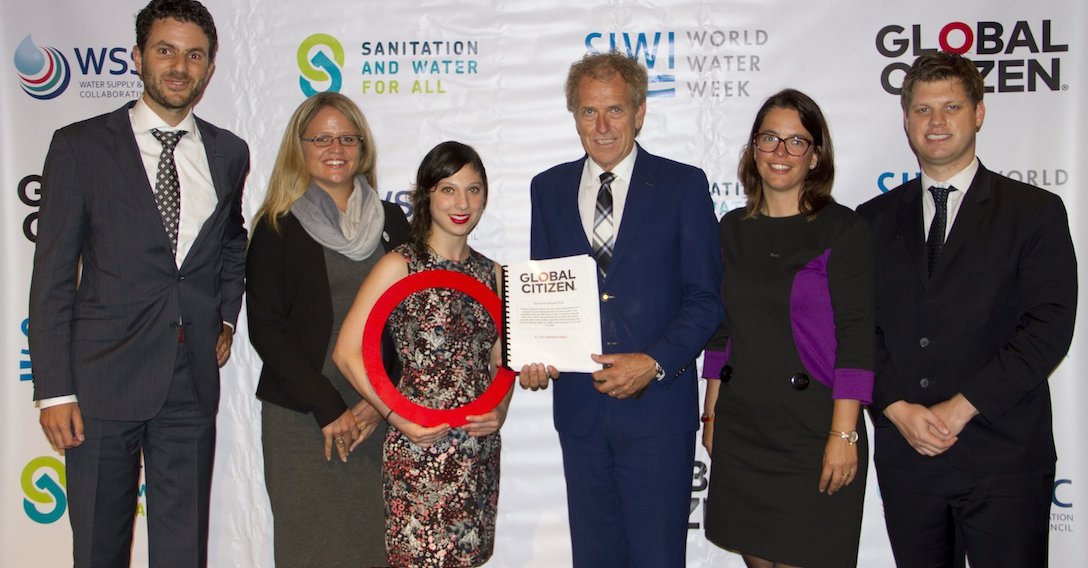 Ever ask yourself, “Why should I work to create change? What difference will one person make?”

As a result of public pressure, Global Citizens have helped ensure that the Swedish government follow through on its 2015 commitment to improving sanitation. Late last week, the government of Sweden announced two important messages. First, Sweden will now restore cuts made to the aid program that were originally redirected toward asylum-seeker costs. Second, the government will increase its support and ambition to reach its target of providing 60 million people with improved sanitation by 2030.

This is a result that could not have been achieved without the support and dedication of each and every Global Citizen. Such a result goes to show the importance of ongoing campaigning, and what individuals such as yourselves can help achieve.

Sweden is a great role model when it comes to waste management and demonstrating a powerful commitment to sustainable living.

Read More: Here Is How Sweden Is Recycling 99% Of Its Waste

So it doesn't really come as a surprise that each year Sweden hosts the annual World Water Week. A week, where experts, practitioners, decision-makers, business innovators and young professionals from all over the world come together in Stockholm, to discuss new solutions to the most pressing water-related challenges of today.

Globally, 1 in every 3 people don’t have access to a toilet, and 663 million people lack access to safe water. As the World Economic Forum announced in 2015, the water crisis is the biggest threat facing the planet over the next decade.

This is why Global Citizens in 2015 started doing their bit to hold governments responsible for their commitments to provide clean and safe water for everyone. By signing petitions addressed to the Swedish and the Dutch governments, they asked leaders to follow through on their pledges around water and sanitation (also known as WASH).

One year on from these commitments, it was time to remind both governments of their promises and Global Citizen seized the opportunity to hand over the petitions to representatives from both countries at the beginning of World Water Week in Stockholm. At the event held on 29th August 2016, both representatives received petitions signed by thousands of Global Citizens worldwide. 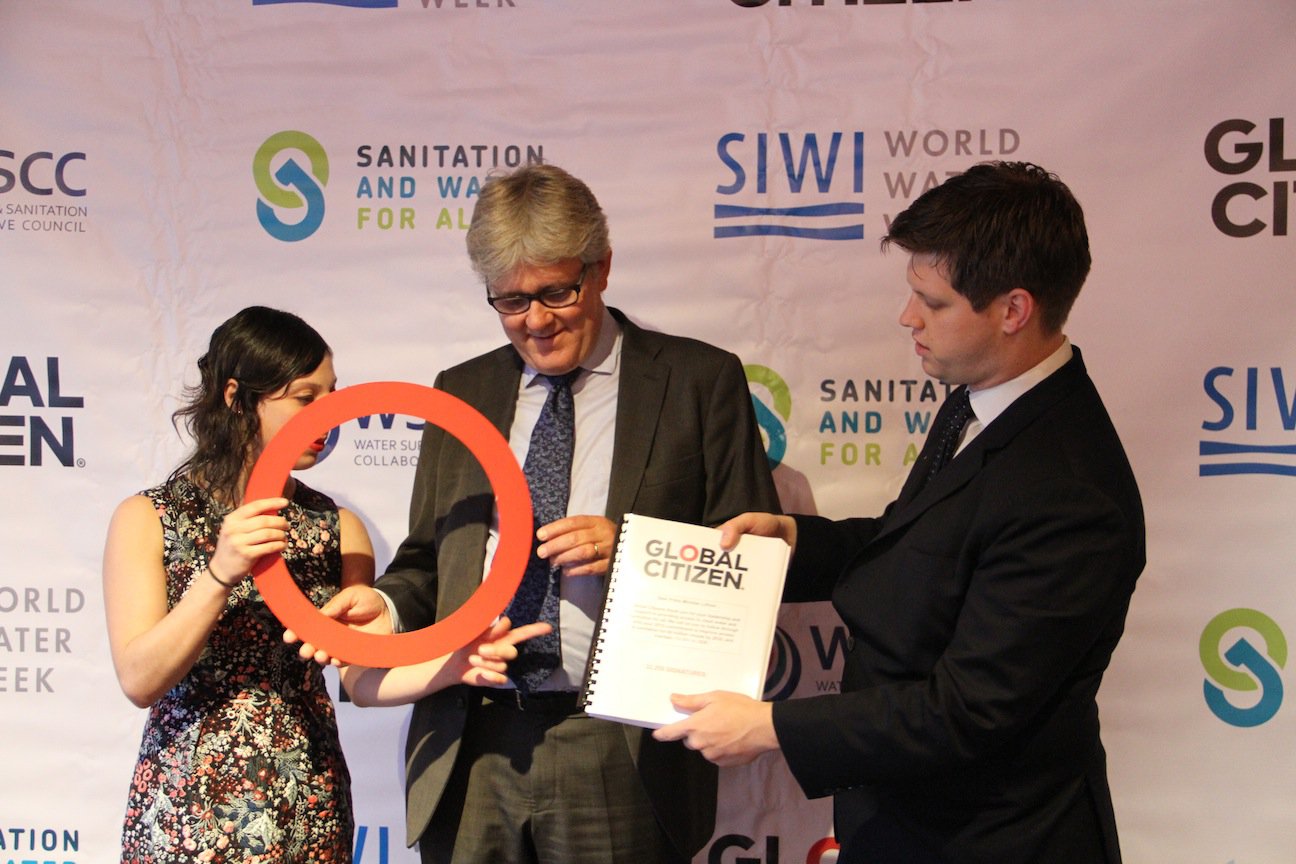 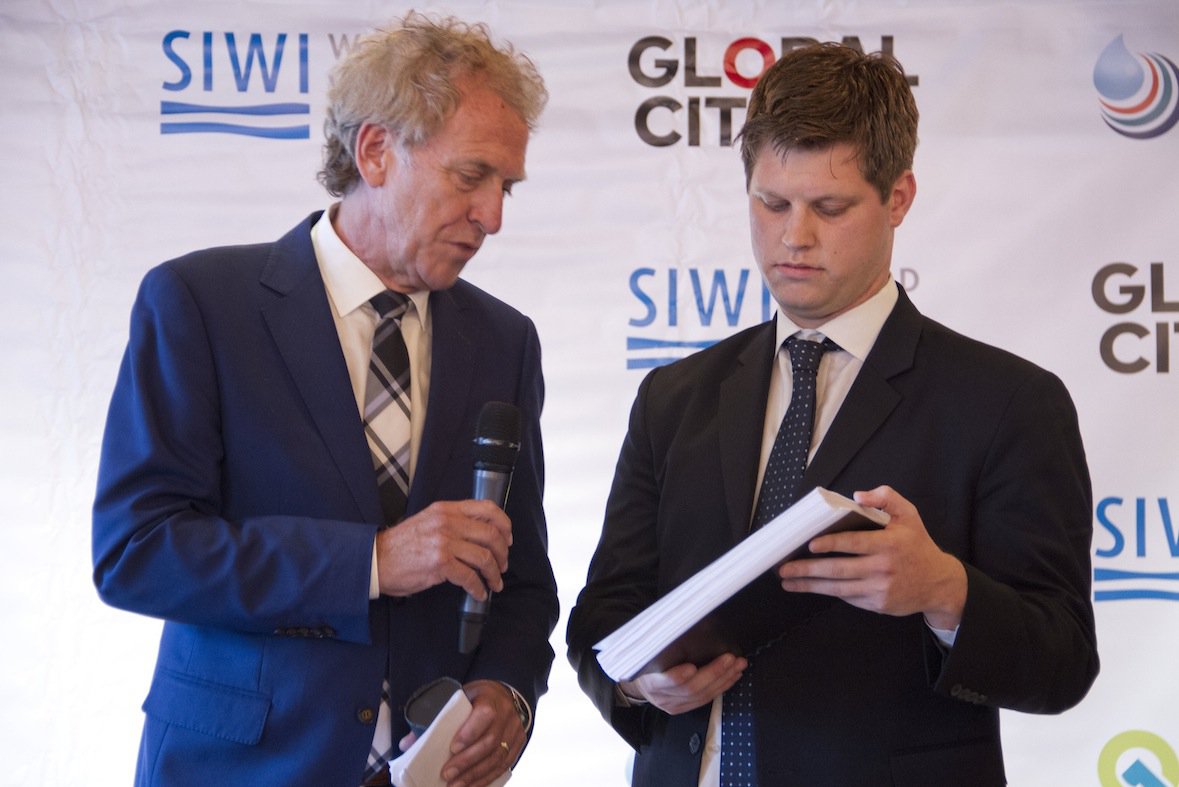 And yes, the numbers are impressive: the Dutch petition has been signed by over 47,000 Global Citizens so far (and still running) while the Swedish one bears over 32,000 signatures.

During their speeches, representatives acknowledged the power of Global Citizens and social media to relay important messages to policymakers around the world, and how such pressure is important to keep governments on track with their commitments. They also highlighted the much wider influence and impact WASH has on issues around gender equality, and how important it is for countries to maintain overseas development assistance.

"The SDGs need movement from #GlobalCitizens! Keep on doing what you're doing" - @DCvanGinhoven#WWWeekpic.twitter.com/wDVpji1pA7

Former Australian Prime Minister and Chair of the Sanitation and Water for All global partnership Kevin Rudd joined the event to deliver an inspiring video message, emphasising the need for joint efforts to tackle global water challenges.

Only sorry I couldn't be there in person @GlblCtzn#WWWeek#seriousshit#SDG6https://t.co/hT63XSMRG3

These moments do not only prove that Global Citizens around the world never stop urging governments to fulfil their commitments, but also prove that our voices have been heard on the global stage, pushing leaders to meet their promises to the world's poorest.