Participating in the global economy has been central to communities and nations lifting themselves out of poverty. Whether it's mining for natural resources, manufacturing, tourism, or something else, the finding overseas buyers gives communities access to a world of opportunities. But it's not without its perils.

Take Bangladesh, a country on the eastern side of India that is home to over 150 million people who largely live on lush, riverside land. Most of the country's land isn't far above sea level, putting the Bangladeshi people at risk of losing their farmland if climate change causes a rise in sea levels this century. But one other thing that Bangladesh has also become big on is textiles. This country makes a serious amount of clothing, linen, and towels.

In recent years, the Bangladeshi garment industry has rapidly become one of the largest textiles manufacturers in the world, second only to China - which is 9 times its size. The reason for this? Foreign investors have preferred Bangladesh because textile workers there got paid a quarter of those in China. The industry got built in a rush, with poor conditions for workers. The giant factories were often unsafe, and a general lack of permits, laws, and oversight prevailed.

All of the reasons why this was a bad idea become apparent on the 24th of April 2013, when the multi-level Rana Plaza garment complex collapsed. It immediately became the second-worst industrial disaster of all time, and 1,129 garment workers died in that disaster. The international community united to call for improvements to worker conditions, and global clothing brands started showing more interest in the factories (and workers) that were making their garments in far off lands. 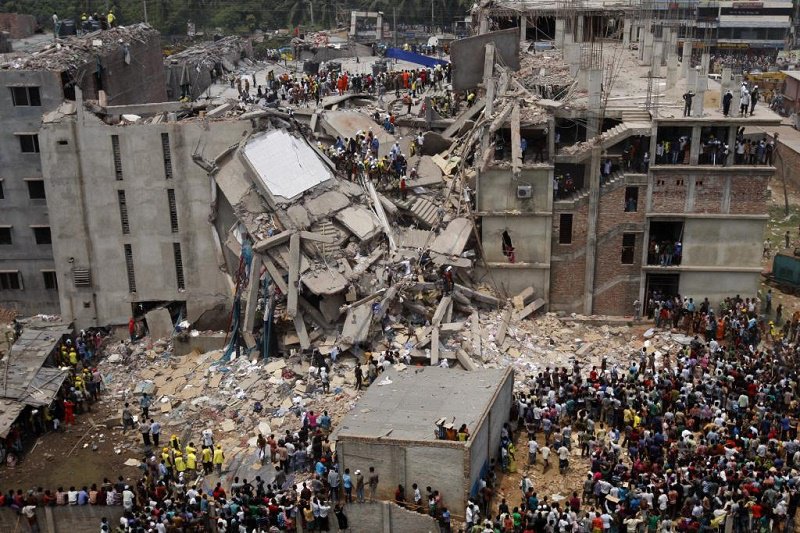 The United States said that in order for Bangladeshi garments to regain "preferential trade status" (which gives things like a better deal on tax, less paperwork etc), the nation would have to meet a list of 16 conditions, mainly to do with safety and workers' rights. In response, Bangladesh has changed its labour laws, approving new rules for allowing workers to form unions, increased the number of factory inspectors and settled many criminal cases against trade union leaders who said the charges were meant to silence them. Around 500 factory-based trade unions have been registered, and workers' welfare associations have sprung up. The Bangladeshi Government is now reporting that all 16 conditions have been met.

And have they been met?

Well it's one thing for a country to say that it has fixed everything up, but of course they'll say that, because they want their preferential trade status back. In order to really establish whether Bangladesh's garment workers now enjoy basic safety and rights, it's going to take pairs of eyes on the ground to observe it in action. The 500 unions - are they truly free, or were some of them created by factory owners in order to tick a box and have no actual influence? The safety conditions - are the new rules actually being taken seriously in each factory, by every manager, on every shift, for every employee? Time will tell, but it's safe to say that real progress has been made in the past two years, and that there are lots of people now watching to ensure that the talk is followed by action.

Workers everywhere need a safe environment to work in, and to be paid enough to stay healthy and provide for their families. When tragedies like the Rana Plaza collapse occur, we can only hope that they inspire the global community to demand better. Take the time to find out if your favourite clothes labels put real effort into keeping garment makers safe, keep talking about the issue so that it can't just get swept under the rug, and support companies who are doing the right thing!