With all of the negative press and attention surrounding Europe’s refugee crisis, it is comforting to stumble upon words of hope, kindness and empathy.

Ahmad al-Rashid, a Syrian refugee, was working for UNICEF in Iraq and Syria for men, women and children like himself, before he was forced to flee.

His journey to safety took eight weeks, wending through Turkey, Greece and much of  Europe after a smuggler deceived him and put him on a truck headed in the wrong direction.

When he finally made it to England, he was granted asylum and found a place to stay with a family who is hosting Rashid through the Rooms for Refugees initiative.

Rashid was so moved with gratitude that he posted an open letter to England on Facebook. 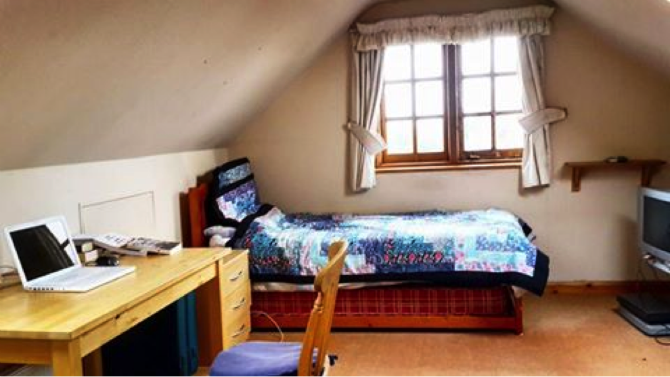 This is my new home in England and, I have to tell you, it has taken me completely by surprise. I had heard and read so much about how the British people were so unwelcoming to migrants and asylum seekers and want to close the borders and even bomb the boats carrying migrants. But my experience has shown me that the ones who care and want to help far outnumber the ones who don’t. I have met such kindness from so many strangers.

I was forced to leave my home in Syria due to the terrible war in my country. Of course, wherever I go I will never feel happier or more comfortable than being in my home in Syria. I have my roots there, I grew up there, I have all my friends and loved ones there (the ones who are still struggling to stay alive and the ones who lost their lives in this horrendous war), I have all my memories there, my childish dreams and aspirations.

Many people understand this, especially the refugees, migrants and immigrants who have been forced to leave their home and have also felt the pain and recognise what I feel.

Yesterday, when I moved into this house and I was shown my room by the family who are hosting me in their own home, I was stunned and amazed by their attitude and the way they treated me. The hospitality and care which they showed to make me comfortable is something I don’t have words to describe. This was a tremendous relief and soothed my fears and worries.

I sincerely thank all and everyone who made this happen. You can’t imagine how many people are giving their time, efforts and money to help people like me. I thank all the Calais support/solidarity groups, the organisers and their dedicated supporters within the UK and elsewhere. I thank the Room for Refugees initiative and the people behind it.

I thank everyone who helped to spread the word and showing me that people here really do care.

Rashid’s letter is beautiful proof of the power of human kindness and empathy to shine through even the most challenging times. His words show the humanity of both the victims of the refugee crisis--men and women who desperately miss their homeland--and those in Europe who could easily turn a blind eye but have instead chosen to extend a helping hand.

The more the Syrian refugee crisis continues to dominate headlines, particularly in the aftermath of the November 13 Paris attacks, the more important it is to keep individual stories such as Rashid’s in mind. It’s easy to get lost in the paralysis of anger and frustration. It’s easy to feel defeated when it seems like everyone is pointing fingers and closing borders.

Throughout the UK people are actively seeking ways to help and give their time, money, and homes to refugees in need.

As Rashid’s story shows, it can be these daily actions and attitudes that make the biggest difference.