Women are more at risk than men. 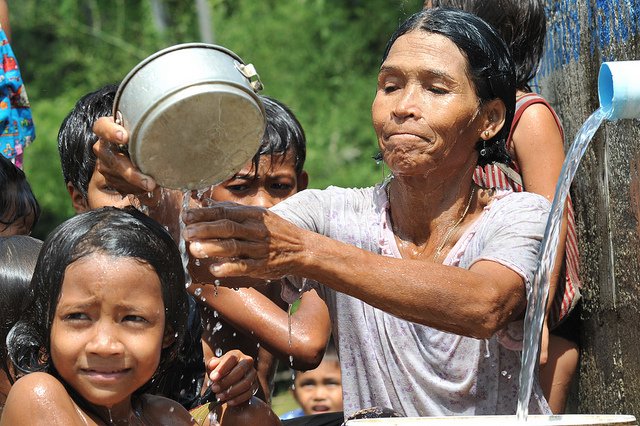 Around the world, 1.8 billion people lack access to safe clean water and 2.3 billion people are without proper toilets or other means of improved sanitation.

Everyone deserves the dignity of having a toilet and the right to water that won’t make them sick. However, it is women and girls that are affected by the lack of water and sanitation the most.

Here are four reasons why water and sanitation are a gender issue.

WaterAid’s State of the World’s Toilets report examines where in the world it is hardest to find a toilet, countries progress and how a lack of good sanitation affects women.
Download the report: https://t.co/GYN3ZLzK3Rpic.twitter.com/0UqJ2t1BIw

In many developing countries, people don’t have access to a supply of reliable clean water nearby and therefore have to travel to find a water source. It’s been acknowledged widely that the responsibility for collecting drinking water for the household, usually falls to girls and women.

According to Care Australia, women spend up to five hours walking an average of three-and-a-half miles every day simply to collect water. This impacts on their productivity significantly. It means that young girls spend their days walking long distances as part of their daily chores, when they could be in school receiving an education. Boys are not given the same gendered responsibilities so are more likely to have more time to go to work and school and prosper and thrive.

A lack of adequate private toilets and clean water to wash hands in schools, and the workplace, make managing periods difficult for girls and women. This means adolescent girls either miss school once a month or they drop out altogether. It is also a barrier for women going to work and earning an income. In India 23 percent of girls drop out of school when they start menstruating. In Nepal it’s been reported that 41 percent of girls miss out on school during their periods.

#DYK: Nov. 19 is #WorldToiletDay. One in every three of the planet’s 7.6 billion people still does not have access to a toilet. pic.twitter.com/fJjao4vkz6

According to the World Health Organisation 1.1 billion people (15% of the global population) practice open defecation, 600 million of those live in India. This is particularly risky business for women who have an increased chance of assault when they go to the toilet in the open.

At World Water Week (WWW) in Stockholm earlier this year, Professor Cynthia Mitchell from UTS Institute for Sustainable Futures outlined how water and sanitation issues affect women more than men especially when it comes to a lack of toilets.

“Women’s experience of not having access to toilets is different from men’s, and it adds to the [water] problem significantly. One of the most fundamental issues is that women are at risk in places where open defecation is the norm,” Mitchell said.

It’s not just the task of collecting water that falls to the females in the family, it’s also dealing with the dirty water after it’s been used.

“Women are also more likely to be exposed to pathogens and toxins when it comes to reusing wastewater for growing food.”

United Nations General Assembly President Peter Thomson said at World Water Week, “SDG6, the water and sanitation goal, is in need of a major push,” and we at Global Citizen couldn’t agree more.

Global Citizen campaigns on water, sanitation and hygiene. You can learn more about the issue and take action here.